by Kian Mahmoodi from San Diego, California in United States

"Never trust a computer you can't throw out a window," Steve Wozniak. 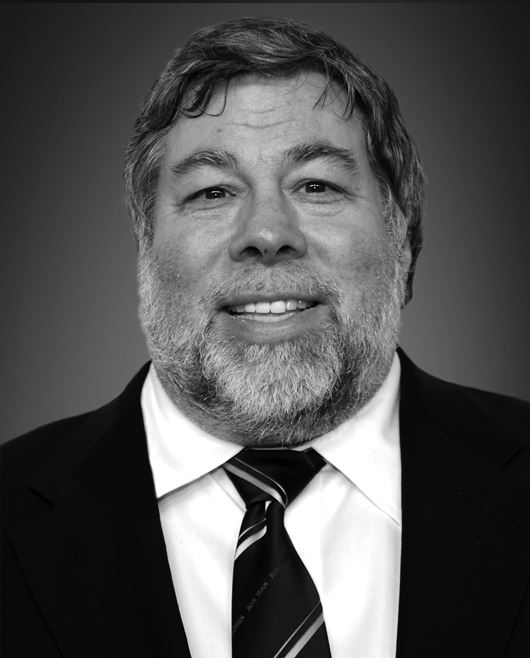 Steve Wozniakhttps://pmc.com/about-us/person/steve-wozniak/Steve Wozniak is a innovator who took the world by storm. Even as a child Wozniak (aka Woz) was interested in electronics, which he got from his father. “Stephen Wozniak is the son of a Lockheed engineer who designed satellites in Cupertino, Calif” (Dalglish). He moved on to create many great things like the floppy disc and the loved Apple 2 that he single handedly built (both software and hardware), and got him the Melamed-Arditti Innovation Award. He is also my hero. I believe a hero needs to be carrying and innovative. They need to be able to think innovatively so when they are needed the most they can think of a creative ways to solve the problem, they also need to care for the people they are helping because if they don’t then they might get sloppy or distracted easily. Woz has all of these traits. He could have played it safe and kept his job at Hewlett-Packard and lived a stable life he took a leap of faith with his innovative brain and carrying heart and left Hewlett-Packard and single handedly built the Apple 2, and became a hero to many. 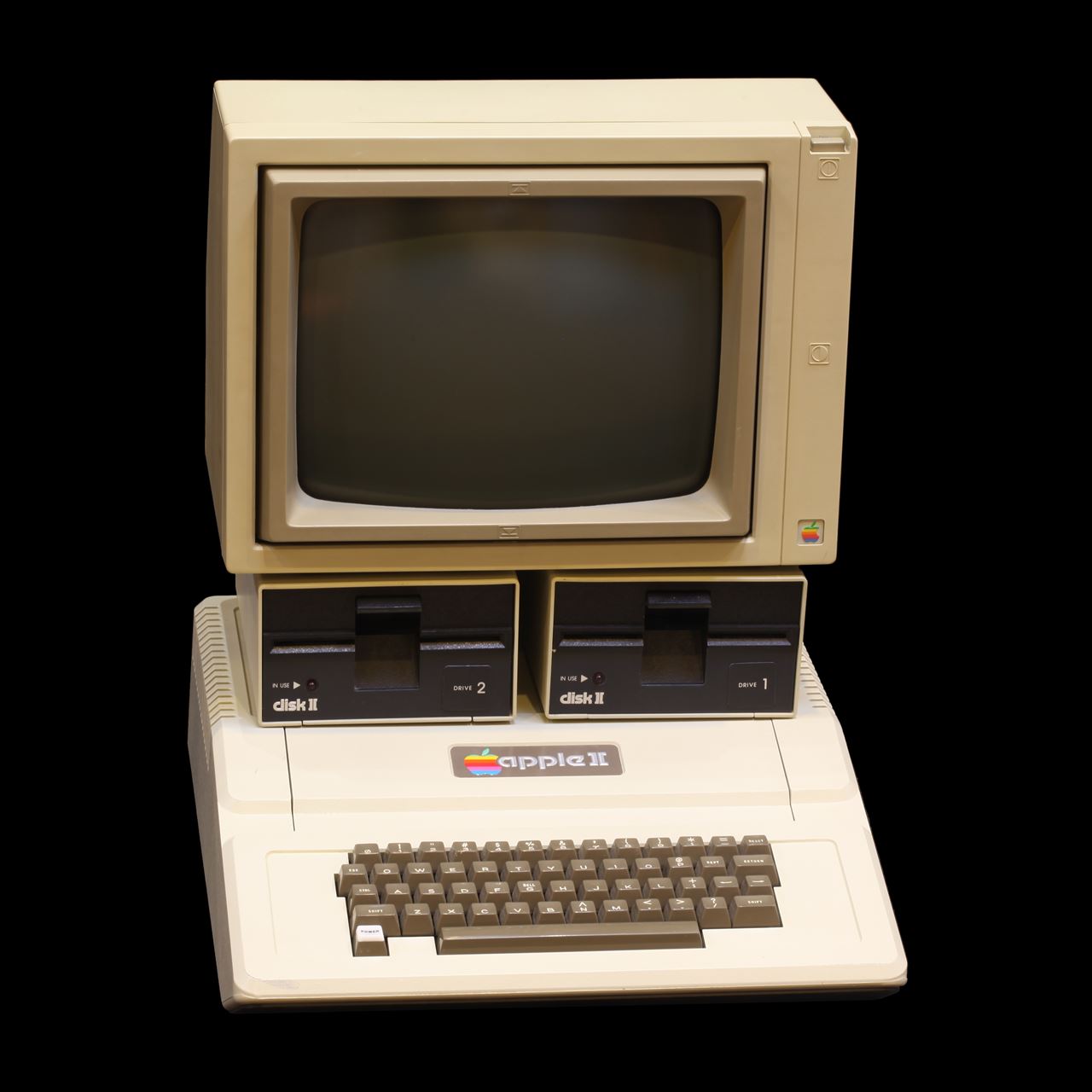 The Apple IIhttps://en.wikipedia.org/wiki/Apple_IIWoz is a innovative forward thinker who changed the world, he is behind some of the most important changes in technology. Woz was interested in electronics ever since he was young, as Gale Encyclopedia of U.S. Economic History says “In the fifth grade, after reading a book about a ham radio operator, Wozniak built his own radio transmitter and receiver from a kit. At 11, he built a machine he called a "ticktacktoe" computer”("Stephen Gary Wozniak."). He was making little electronic device when he was a kid while his friends where outside playing games, he was motivated to innovate (create, build, design) things that interested him.  Even as a kid he is and showing potential for a bright and innovative future., and as he grow older his potential paid off. His most known creations was the Apple 2,“The Apple II is considered by many industry watchers as one of the most important developments in computer history. It was the first time that the power of a computer was made available to individual users.” (Academic OneFile). The Apple 2 was the first commercial computer for the public with a interface (UI) that took off. This lead to a huge changed in the industry, everyday people now had the ability to use a computer without needing to learn a computer language. Woz created a new sector in the technology industry. He did not stop there, even in his late 50’s Woz has stayed in the creative mindset. He; “… has come up with a cheap way to keep track of pets, kids, and anything else with the tendency to stray using wireless networking and the global positioning system” (Woz goes wireless). Although Woz is a Multi Millionaire he is still innovating even though he could have retired at a very young age, he  instead kept track of the technology world and is still finding ways to help people. Wozniak is innovative person and has stayed in the innovative mindset ever since he was 11. 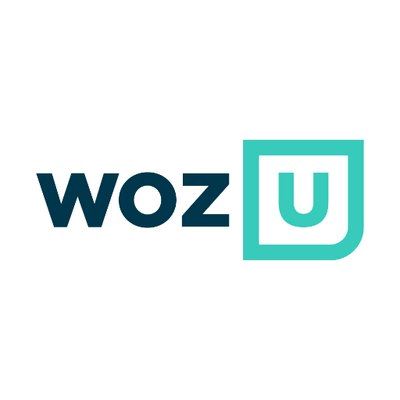 Woz U logohttps://woz-u.com/Woz also is a carrying person with a heart of gold. He is unlike most other rich people who only care about themselves, Steve Jobs is a example of this. He was Woz’s partner and friend when they first started Apple but then Steve betrayed Woz by lying to him and stealing a large portion of money Woz would have made in profits. Jobs probably wouldn't have done this if the greed of having a successful business didn’t take over his decision making. Wozniak still got a lot of money when Apple went public but unlike Jobs,, “Wozniak gave away about half his shares in Apple before it went public in 1980, including $40 million in stock to his first wife, $4 million to his parents, brother and sister, and $2 million to friends… He has donated over $7 million to various charities, particularly in the San Jose area” (Stephen Gary Wozniak). Woz doesn’t care about money. He gave away 53 Million dollars, which was 35% of his net worth at the time. Most people in his situation would try to keep all there money to themselves but Woz gives away his money to charity, friends, and family. He doesn't care about making money he cares about his own passions like rock music which he hosted a festival (Weinstein) even though he knew it will probably be a failure. He also has a close bond with the Los Gatos area. He lived in the community and now is giving back to them. Woz believes there is room to improve the education system so he is doing his part in trying to improve it. Woz is “Making significant investments of both his time and resources in education, he “adopted” the Los Gatos School District, providing students and teachers with hands-on teaching and donations of state-of-the-art technology equipment” (The wonder boys hit middle age). Woz lived in this community when he was a kid so he has a personal connection with the area. So he is helping the schools be ready for the next generation. Woz cares about the community he grow up in and wants the future generation to be better prepared with the tools they have available. This why he gives hands on lessons to students and donates equipment, it’s because he cares about his community, and the education of the youth. He didn’t stop there, because he has launched his own university. As he explains it, “Woz U is designed to get people into the workforce quickly and affordably, creating long-term financial stability for a new generation of tech workers while providing prepared hires and training solutions for business” (Apple Co-Founder Steve Wozniak Launches 'Woz U’). Woz believes there is room to improve our college system. He know how expensive and tolling college tuition can be. So with starting this university he is making a difference in the technology industry he cares about deeply. He wants students to be successful and be able to be able to learn about what they love. Therefore he cares for the student’s success and life after their education. Wozniak cares a lot about his own passions and family, he cares so much about technology that he wants to get more people to be interested in it so he goes a round to different schools and tries to show them how cool learning about technology can be, and even launched a university for the people willing to go the extra mile.

Steve Wozniak is an innovative and carring star who has changed the world. Woz is a brilliant human being, even when he was a child he showed a lot of potential by creating making his own radio transmitter, and as he grew older he stayed innovative and focused on his passion which led to him making the Apple 2. He also cares a lot about bettering the education system and not a lot about money, which is why he helps schools in his birth community and why he started his own university. Wozniak is my hero because of his caring heart and his passion to innovate. There are other reasons I look up to him, for one he said “I never wanted money. So as soon as I had all this wealth from Apple I pretty much tried to get rid of it, and I invested in a lot of museums” (Steve Wozniak Q & A), in a Questions and Answers about his life, it is inspiring to know that Woz hasn't been overpowered by greed that comes with having a huge breakthrough that changed the world, he wanted to stay the same person he was and if that meant giving away his fortine, he didn’t care. He also is the reason Steve Jobs was able to get a platform and become the CEO of APPLE. If it wasn’t for Woz, Steve Jobs would have never had the opportunity to make the iPad, iPod or the iPhone and the world we live in could be completely different. If We didn't make the Apple 2 technology growth could have been much slower then how it is today, because the technology giants at the time (like IBM) wouldn't be incentivised to innovate without the composition the Apple 2 brought. I believe staying with your beliefs is a heroic and inspiring treat. Stephen Gary Wozniak is a hero of love and innovation in an era of greed. We need more people like Wozniak, who pursue their own interests, are willing to give and think outside the box, and don’t get consumed with money. Woz has been through 3 divorces and even a plane crash but he still pushes through and tries to make a world a better place. We need more people like Woz.