Tara Westover once said, “I don’t think education is so much about making a living, it’s about making a person.” Westover’s journey in search of an education emphasizes the significance of education in the development of a person. Throughout her childhood, Westover knew little of the world existing outside her home in the mountains of Idaho. When she finally started to attend school, the experiences altered her views on what she had been taught as a child. The process of change was arduous and met with opposition from her loved ones. Born into a family of Idaho survivalists, Tara’s  parents did not believe in having any associations with the government: hospitals, schools, seatbelts, to just name a few. She spent the early years of her life without a birth certificate, or any evidence that she existed. Westover’s parents believed that the government was using public schools to brainwash the citizens of the country (Seamons). Westover’s parents’ belief kept her from receiving an education throughout most of her childhood, one that she longed to have. Despite all the restraints from her family, Tara Westover obtained a phenomenal education that now inspires many to also strive for learning; thus, her story encourages people to be unwavering in what they believe is right and follow their dreams regardless of the challenges along the way. 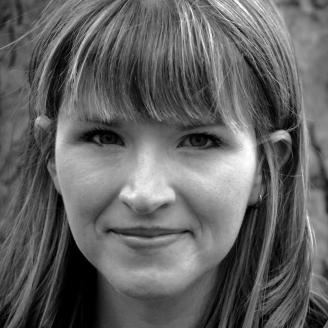 Tara Westover at Cambridge University 2014Drew.mecham / CC BY-SA 4.0] via WikimediaWestover refused to let her family’s opposition and belittlement prevent her from achieving her dream of attending school. She fought and continued to study to get into college regardless of her father’s objections and her lack of schooling, as well as the emotional trauma caused by the abusive behavior of her older brother, Shawn. Westover’s journey to pursue an education began the first time she heard opera singing, when she realized that there was so much in the world for her to explore. She was blown away by the beautiful sounds that could be produced from people’s voices (“Educated: A Conversation with Tara Westover” 09:48-09:51). Realizing that this was not something her parents could teach her at home, she became determined to explore and discover the vast knowledge that was out in the unknown. Inspired by her brother, Tyler, who had self-studied into college, Tara decided that attending college would be the best way to learn what she could not at home. However, Westover’s attempt was stopped by her father who thought “public school was a ploy by the Government to lead children away from God” (MacGillis). Westover really wanted to earn an education, but her father was against this occurring. The thoughts and opinions of parents and family members are greatly valued by a child. Westover wanted to do something that her father was against, which is a very hard decision for a child to make. Although her family did not believe this was the right choice for her to make, Westoever decided to earn an education anyway, because that is what she thought was the right choice. She did not let the opinions of others sway her beliefs of what would be best for her future and was obstinate in her effort to obtain an education. She refused to let all the knowledge she had missed out on while she was being homeschooled, or the restraint from her family, get in the way of her education. The discouragement of education was not the only challenge Westover’s family imposed on her during her childhood; she was abused by her older brother Shawn. He would scream at her for being a whore when she put on lip gloss and would twist her wrists behind her back to overpower her. Worse yet, he would shove her head in the toilet (Westover 173). When she tried to tell her parents about what took place, they did not believe her and insisted that she was making these events up (“Off-the-grid childhood to Cambridge” 03:31-03:38) Westover had no support from her parents or most of her other siblings. They treated her as if her feelings did not matter, rendering the mindset that she was worthless. Whatever courage she had previously gathered up to stand up against her father and pursue the education she so longed for was further diminished by all the negative treatment from her family. Her father’s disapproval and brother’s spite caused Westover to doubt herself and her choice to make a better future for herself, but she continued to work towards it anyway. Westover could have easily quit when her family spoke up with their thoughts; however, she put their harmful objections aside and strove for her idea of righteousness.

Tara Westover believed in getting an education and never abated her goal. The hard work she put into her education finally paid off when she was accepted into Brigham Young University and later earned a master’s degree from the University of Cambridge. After spending more than a year teaching herself the curriculum on the ACTs, Westover took the test and scored a twenty-eight, which was a high enough score to be accepted into BYU (MacGillis). She overcame both the physical and emotional challenges restraining her from attending college, with courage and fortitude. Throughout her first year of college, Westover struggled greatly, as she had not been exposed to many academic concepts at her home in Idaho. Despite this, she continued to catch up and she went to two of the world’s most prestigious colleges after finishing her bachelor's degree. Tara goes “off to a fellowship at Cambridge University… [and] eventually makes it to Harvard for another fellowship and then back to Cambridge to pursue her Ph.D. in history” (MacGillis). Tara’s ability to overcome the obstacles in her life inspires her readers to persevere in achieving their beliefs and goals. Hindrances in life will be different for each individual. Irrespective of the particular difficulties, people should adopt Westover’s fighting spirit and work around the obstacles. Because she grew up without ever going to public school, Tara’s education was given by her parents. When she went to college, she found that many of the historic events her dad had told her was misrepresented by his bias views, causing her to be confused in many of her classes (Westover 217). She was not disheartened but possessed the tenacity to find the facts and relearned in order to catch up to her peers. Although Westover was not the best student in her classes, her professors noticed her determined work ethic and recommended her for different scholarship programs, leading her to study at Harvard University and receive a PhD from the University of Cambridge. Even though she experienced many setbacks throughout her college educational journey, Westover’s diligence and conscientiousness led her to success. The challenges Tara experienced at home and in college never stopped her from obtaining a great education.
The educational encounters Tara Westover with through have inspired others to also strive for achieving their aspirations in life despite how strenuous the journey is. In an interview, Westover commented on her view on education: “Education is not meant to fit you for a future life. It's meant to be life itself, so the experience, the process, and the goal of education are all supposed to be the same thing” (“Educated: A Conversation with Tara Westover” 31:34-31:45). Education is not just a factor of acquiring a better future, but an experience that shapes a person. Westover spent a substantial part of her life without being educated. Many of her family members also never had the opportunity to go to school. She understands how education influences the character of a person. Many of the delusions her parents thought up, Westover realizes, were because of their lack of education. She uses her experience to advocate for others to receive a proper education so no one will end up being trapped in the same situation as her. Tara especially supports the education of children in rural areas. She noticed the large percentage of children in rural communities who were uneducated, and declared that we should not be content with this notion (Goldburg). This motivates her to stand up for those children who cannot help themselves. Westover wants them to have access to a minimal education, but the only way to achieve this goal is through outside intervention by convincing people to seek education for all. Westover uses her experiences with education and its effect on people to advocate for the importance of education.

Through Tara Westover’s laborious journey to reach her dreams, she inspires people to not let anyone get in the way of what they want to achieve. She never became discouraged or gave up, even when her parents did not support her or when she felt lost in college. Westover continued with steadfast strength, until she finally achieved her educational goals. Her thirst for knowledge never ceased. Her continuous pursuit of education has also inspired many children, who may not have grown up with families that encouraged schooling, to find a way to receive some sort of education. Tara Westover’s story has inspired me, like many others, to not let anything get in the way of what I hope to accomplish. Her actions have encouraged me to use negative events as motivation to become an even better person. Westover has gone through much more challenging situations than me and never allowed any of them to stop her from reaching her dreams. Unlike her, my parents have always supported me, and I have been given the privilege of being exposed to many aspects of society at a young age. No matter how constricted or discouraged I feel, the challenges I go through will never be as abstruse as hers. If Tara Westover can reach her dreams with everything that held her back, I absolutely can too.

Tara Westover - Tara Westover's official website with information about her book "Educated" and events that she attends.
Rural Education - The National Rural Education Association advocated for much of the same ideas as Westover. They help fund for the education or rural communities.

“Educated: A Conversation with Tara Westover.” YouTube, uploaded by The Aspen Institute, 26 June 2019