by Michelet from Cochrane, Alberta in Canada

¨ Anything is possible if you try, dreams are made if people try.¨ 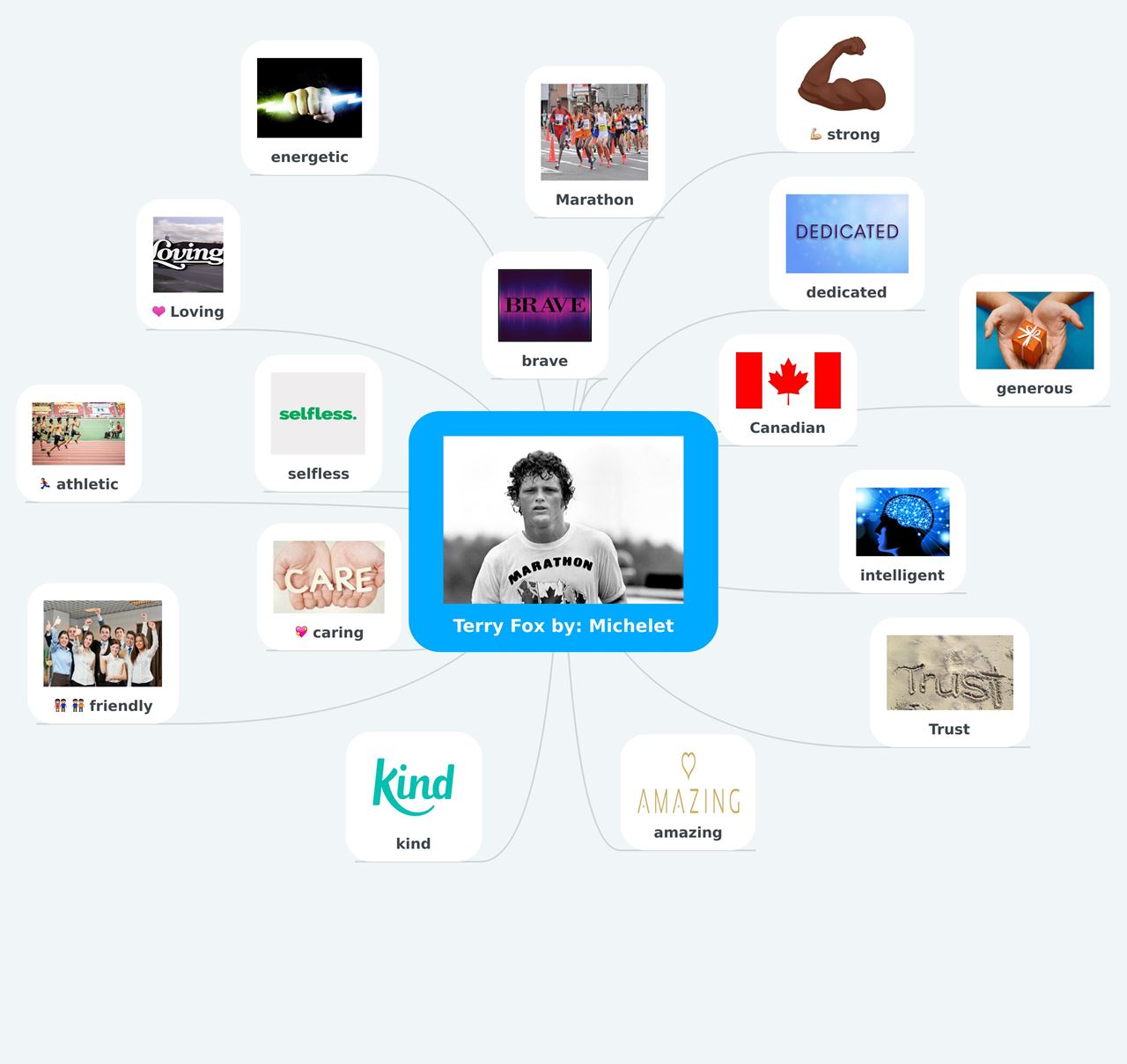 Terry Fox webMicheletI chose Terry Fox because he got cancer in his right knee. Terry ran across Canada to raise money for the fight against cancer. This book is a biography and is 30 pages long. My book covers the time from when Terry was born until when he died. The author, Maxine Trottier, has written many books for young people. Maxine Trottier was born on May 3, 1950. She spent 31 years working as an educator in elementary schools. She just wanted to help children learn about Terry Fox's life. Terry Fox's real name is Terrance Stanley Fox. 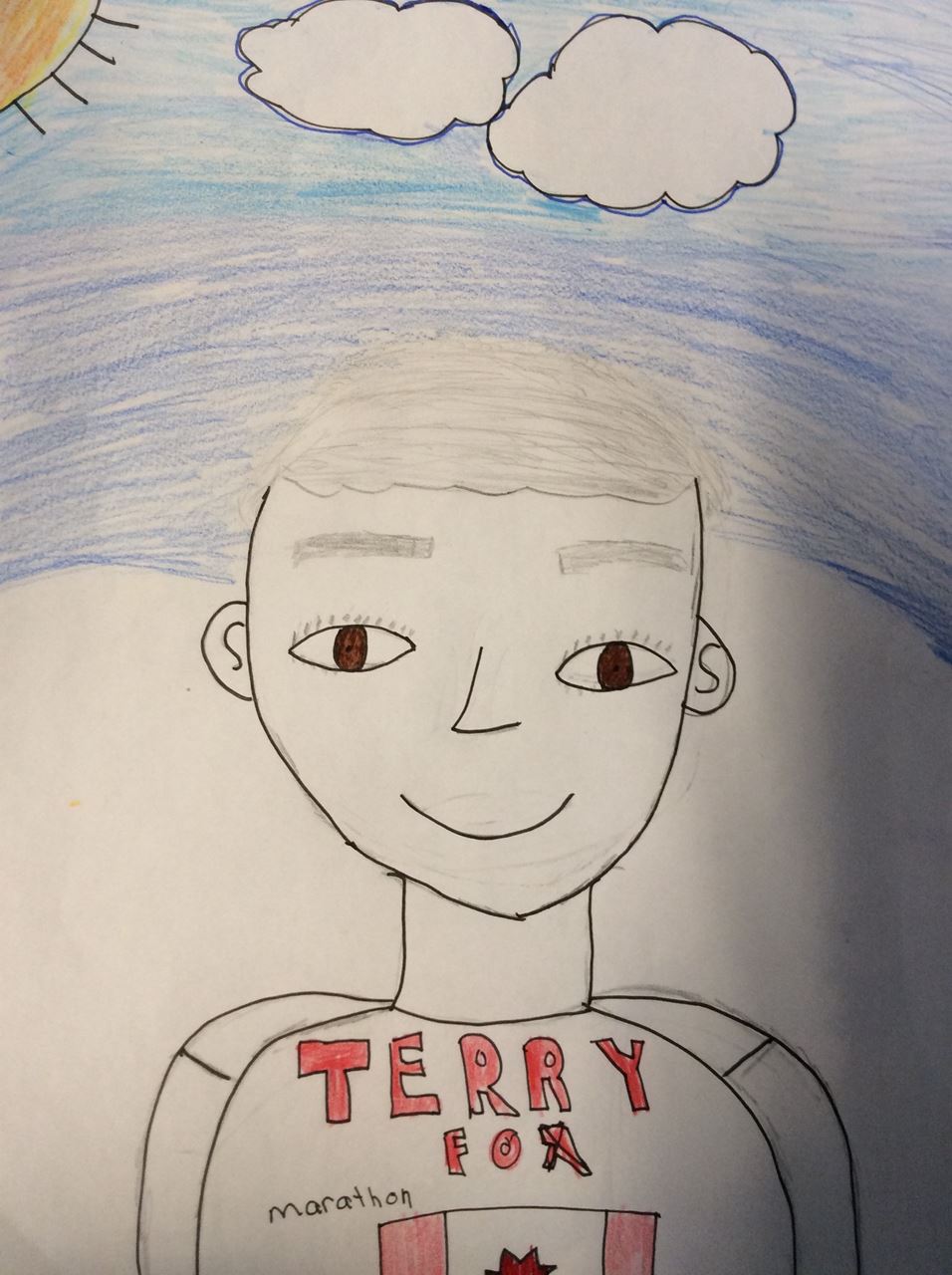 Terry FoxMicheletTerry Fox was born on July 28, 1958, in Winnipeg, Manitoba. He was raised in Port Coquitlam, British Columbia, a community near Vancouver on Canada's west coast. Terry Fox died from cancer. He had three siblings: Darrel, Fred and Judith. His mom worked as a homemaker and his dad was a Canadian National Railway switchman. When he was in grade eight, he went to school at Mary Hill school. Terry wanted to run a thousand miles. When he was 18 years old, he was diagnosed. Terry wanted to become a marathon runner. He was a happy kid when he was growing up. 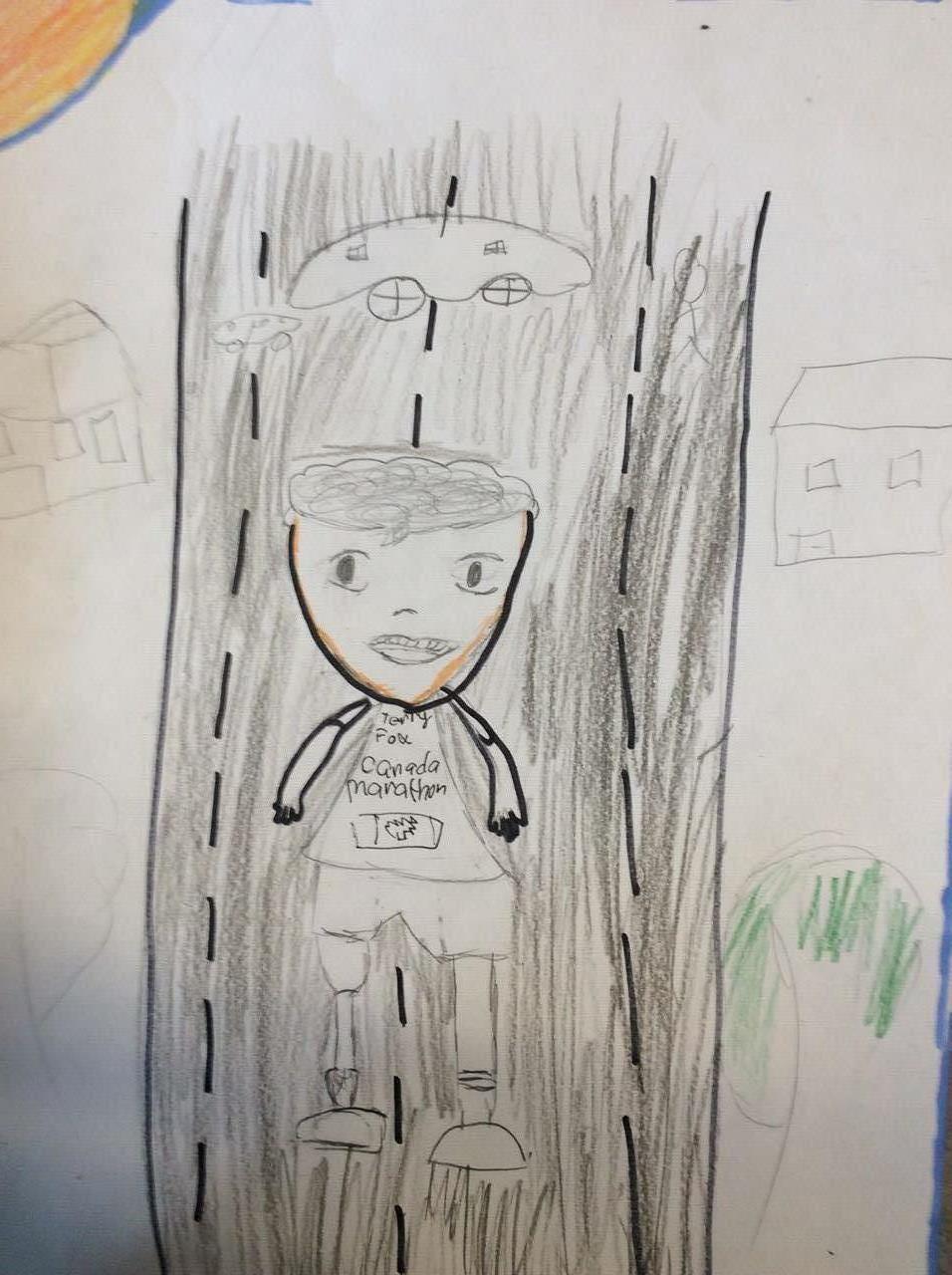 Terry Fox action pictureMicheletTerry got cancer and he lost his right leg. One of his challenges was overcoming cancer when he was 18 years old. Terry loved children and was selfless. Terry was so friendly to his friend Doug Alward. He won a baseball trophy.

Terry Fox lost his right leg but he didn't give up. I want to ask Terry Fox how he raised money, how he ran a thousand miles, and how he met Doug Alward. I would want to be his child because his lovely and caring. I want to experience running a thousand miles. I like this book because I can learn about Terry's life. He is a hero because he had cancer but he didn't give up.