by Siddhant Ranka from San Diego, California in United States

When we hear the word hero, we picture strong, courageous people saving lives.  In society, they can be the soldiers, police, or firefighters who go out of their way and put their lives at risk to help others and make a difference.  Fictional superheroes from modern day comics and movies amplify this trait, and they are defined through their individual origin story to emphasize their selflessness and motivation.  In “The Psychology Behind Superhero Origin Stories”, the author states that “..Origin stories show us not how to become super but how to be heroes, choosing altruism over the pursuit of wealth and power” (Rosenberg 1).  Besides describing the selflessness and self-sacrifice that defines a hero, this quote reminds us that not all heroes are action-oriented life-savers like Superman or Wonder Woman.  A true hero is motivated by sympathy for the misfortunate and always aims for the benefit of others rather than themselves.  Heroes are there to help those in need despite any harm the situation may do for the hero, along with acting with integrity.  Although soldiers and police are heroes, a hero can also be a normal everyday person or even a child.  It is the altruistic self-sacrifice and a person’s integrity that defines someone as a hero. 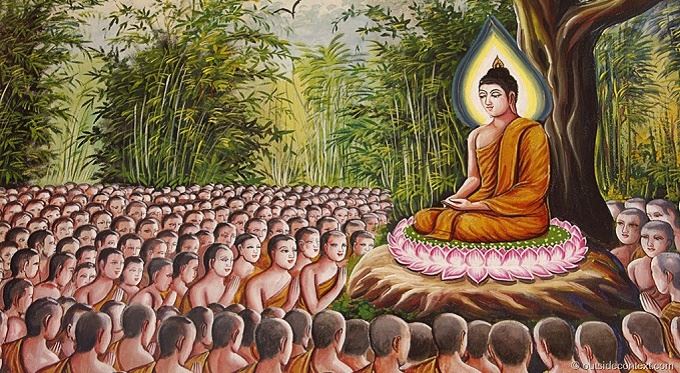 The Buddha sharing what he learnedhttps://www.bbncommunity.com/a-brief-summary-of-the-buddhas-teachings/An individual who fits this definition of a hero, defined by his self-sacrifice for others and moral values, is The Buddha.  Born in 563 BCE in modern day India as prince Siddhartha Gautama, The Buddha devoted his life to end the suffering of others.  As the son of the king, Siddhartha was given every type of comfort possible, and was expected to inherit the throne.  However, Siddhartha believed that he could do more than just rule others and expand his power.  He believed that he could help people and that he could achieve something for a greater purpose.  The Buddha became concerned about suffering when he saw a sick person, an old person, and a corpse, all for the first time, due to his father banning all suffering people from the palace.  His worry for the misfortunate motivated him to leave his life as a prince and learn about suffering.  A hero must help and inspire others with their self-sacrifice and integrity. The Buddha is a revered hero today, not because he is the founder of a major religion, but because he lived a life of self-sacrifice and acted with integrity towards everyone, not just wealthy and powerful men. 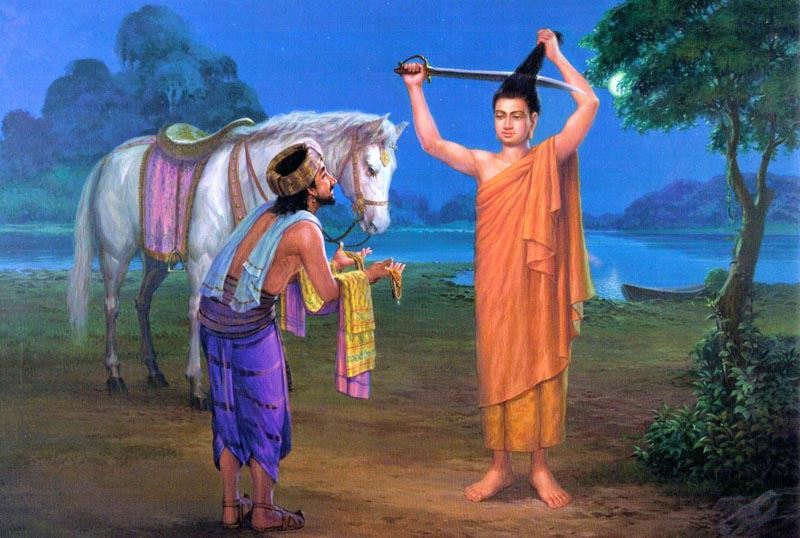 The Buddha leaving the palacehttps://threegems.org/articles/buddha/life/1/11/?x=2The Buddha gave up many of his own needs to help those suffering throughout his life, putting the needs of others before the needs of himself.  At the age of 29, he renounced his life as a prince:  “Because he knew his father would try to stop him, Siddhartha secretly left the palace in the middle of the night and sent all his belongings and jewelry back with his servant and horse. Completely abandoning his luxurious existence, he spent six years as an ascetic, attempting to conquer the innate appetites for food and comfort by engaging in various yogic disciplines” (Selig 1).  As a young man, The Buddha was given a choice between living as royalty with full comfort and power, or sacrificing his benefits to help others stop suffering.  A hero is willing to make choices that help others rather than follow their own self-interests.  Siddhartha gave up his luxury to eliminate suffering for others.  The Buddha also put his health at great risk when he trained as a monk:  “He eventually turned to the extreme of asceticism, traveling to Southeastern India to train as a Samana, the Pali term for ascetic. Samanas would practice severe deprivation of food and sleep, along with other self-induced physical hardship. They would use yogic meditation to relieve pain and conserve energy” (Gail 1).  As it is known today, a person needs food and sleep, no matter what.  Deprivation of these necessities can lead to death, which cannot even be prevented by yogic meditation if you deprive yourself of food and sleep to a certain point.  The Buddha’s willingness to follow a path involving extreme physical hardship illuminates how strong his intent was to help others.  By renouncing his wealthy lifestyle and risking his health to find a solution to stop suffering, The Buddha’s choices show that he made large self-sacrifices to help others throughout his life, which followed the path of a hero. 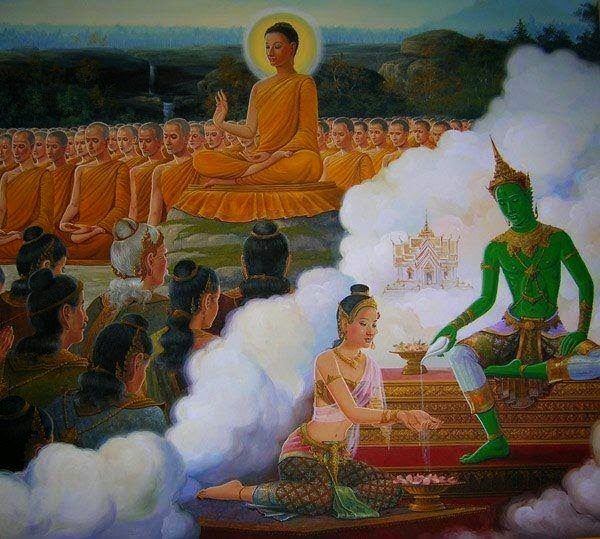 The Buddha allows women to become nuns in his orderhttps://dhamma-stream.blogspot.com/2014/08/buddhism-and-women-seminar-presentation.htmlThe Buddha also acted with integrity towards all and promoted equality throughout India.  He made decisions that gave women equal rights, even if they were unconventional:  “Although women have traditionally held much lower status than men in India, the Buddha also granted women the right join the group of monks following his teachings, called the Sangha” (Pearson 1).  According to the quote, The Buddha, who believed everyone should have equal opportunities, gave women, who had low status’, the privilege of becoming nuns for his group of monks.  This action showed that he followed his morals of equality rather than let misleading beliefs of society influence his judgement.  The Buddha also argued against the caste system throughout the rest of his life:  “The Buddha continued to fight against caste status and wealth as predictors of a person’s value” (Pearson 2).  In 6th century India, there were five castes: Brahmins, warriors, businessmen, farmers, and laborers.  Whatever caste you were born in defined you for the rest of your life.  The Buddha believed that a person’s character defines their values and that everyone deserves to have equal opportunities.  Like a hero, who has the morals to vouch for equality for all, The Buddha showed his integrity by standing up to a cruel and unjust system that denied people opportunities, and made some people inferior to others.  By giving women the same opportunities as men and fighting against the caste system, The Buddha showed his integrity towards everyone, not just influential and high-caste men.

Through his tremendous self-sacrifice to help others and his firm moral values, The Buddha proves himself to be a hero.  He gave up his luxury and risked his health to find a solution to the suffering of others.  He also granted women equal opportunities and argued against a cruel and unjust system.  The Buddha has inspired the world, including me, through his life story and character.  His life and work has shown me that it is not the material comforts of today’s world that are important, but the calmness of the mind.  After reading about The Buddha’s life, I have decided to try meditation, hoping that it will someday help me become a better person.  When many people picture heroes, they think of superhero-type heroes, who are powerfully built and save lives, but there are heroes like The Buddha, whose integrity and self-sacrifice to help others has made a special difference in the world.  As The Buddha once said, “To live a pure unselfish life, one must count nothing as one's own in the midst of abundance” (Wilson 2), The Buddha showed that one must help let go of their own needs to help others, and that one must act with respect and have proper moral values towards everyone.