The ethics of stopping hurricanes: 3 questions

Nuke a hurricane? That's one of several proposed solutions to stopping a hurricane. Some have been tried. But would these solutions be ethical?

AUGUST 28, 2019 - Updated SEPTEMBER 3 - Hurricane Dorian weakened to a Category 3 storm, stalled over the Bahamas. It's forecast to stay just off Florida, and move north along the East Coast this week. President Donald Trump reportedly suggested we should destroy a hurricane using a nuclear bomb. He’s not the first. In response to similar queries, the National Oceanic and Atmospheric Administration (NOAA) has a list of, well, very creative approaches to dealing with cyclones. But would these solutions be ethical? Let’s take a look. 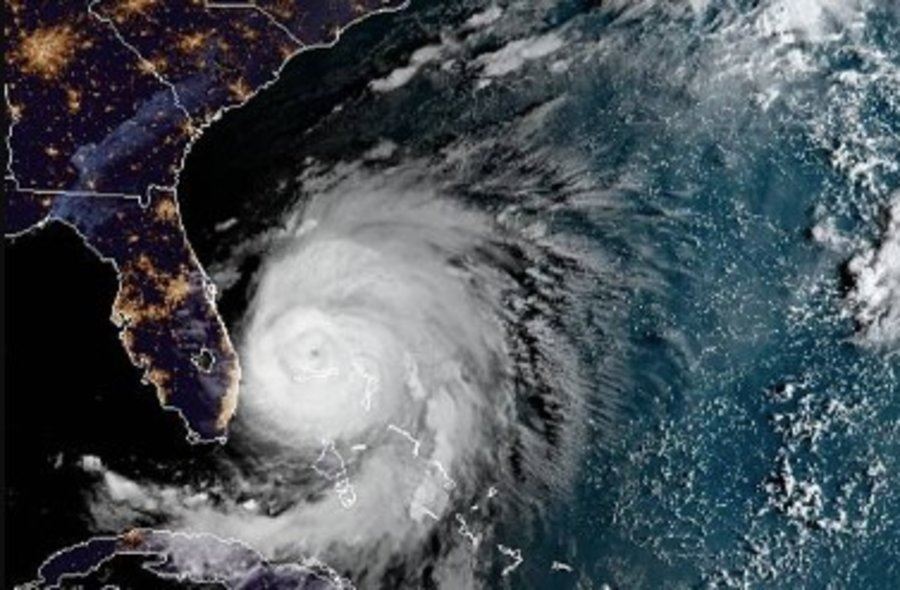 A satellite photo of Hurricane Dorian, a Cat. 3 storm, as of 7:30 a.m. Eastern time, Tuesday Sept. 3, 2019.NOAA/NESDIS/STAR GOES-EAST1. Would a nuclear bomb stop a hurricane?

Probably not. It’s not powerful enough. Meteorologists say we tend to underestimate the size and energy of a cyclone. “The amount of energy released in the average hurricane in a 24-hour period is equivalent to the explosion of more than 400 20-megaton bombs,” Bob Sheets, former U.S. National Hurricane Center director, told the Sun-Sentinel in 1990.  The biggest nuclear weapon ever tested was 50 megatons (more than 3,000 times bigger than the bomb dropped on Hiroshima). Brute force solutions are seldom the most effective. In this case, what we’d most likely be left with is a large storm spinning radioactive fallout far and wide, say scientists who’ve studied the idea. Morally, the potential benefits of possibly weakening a hurricane are not worth the likely costs.

Scientists have been pondering how to destroy hurricanes for decades – with little progress. The U.S. government funded Project Stormfury (1962-83) seeded four hurricanes with copious amounts of dry ice, and later silver iodide, to cool and weaken the winds. At first, they thought it worked. But later concluded the weakening occurred naturally.

Scientists have learned a lot about how to forecast and track cyclones, and they’re filling in the gaps about how they form. Check out the NOAA FAQ page for more scientific details of at least 9 different approaches to cyclone mitigation (including nuclear bombs) considered and rejected.

2. What about other innovative ideas?

Geoengineering –  manmade changes on a planet-wide scale – is gaining currency in the face of accelerating climate change. One idea in a 2017 paper involves injecting sulfur into the stratosphere (5-12 miles above the earth). Researchers have seen a historic correlation with volcanoes spewing sulfur into the stratosphere and a decline in tropical cyclones. Computer models also suggest the sulfate particles reflect enough sunlight to cool the tropics. It doesn’t take much. A sufficient amount of sulfur seeding (known as stratospheric aerosol injection) to curb hurricane formation could be done with aircraft or even balloons. Harvard University has plans to launch a high-altitude balloon to test our understanding of stratospheric aerosols.

3. Are there other ethical considerations?

Efforts to weaken or reduce the number hurricanes would likely raise new ethical questions. For example, computer models show that stratospheric aerosol injection might reduce North Atlantic hurricanes, protecting property and lives in the Caribbean and the U.S. But that process would also likely increase droughts across northern Africa. Ethically, should farmers in Tunisia suffer in order to protect property in Florida?

If we could find a way to weaken a cyclone, it might mean a less-powerful storm but spread out over a wider area. For example, if a tightly wound Category 4 hurricane bound only for Florida could be reduced to a Category 1 storm that was spread out over several southeastern states, would the federal government to take responsibility for any damage or loss of life in Mississippi, Georgia, and Alabama?

Or if we could alter a hurricane’s course, would that mean we’re responsible for any damage caused on the new path? After the first attempt at dry ice seeding in 1947, the hurricane changed course and hit Savannah, Georgia,causing $23 million in damages. Victims blamed the seeding, and lawsuits were threatened.