The Hero at The Avenue of Eternal Peace

by Aidan Ly from San Diego, California in United States 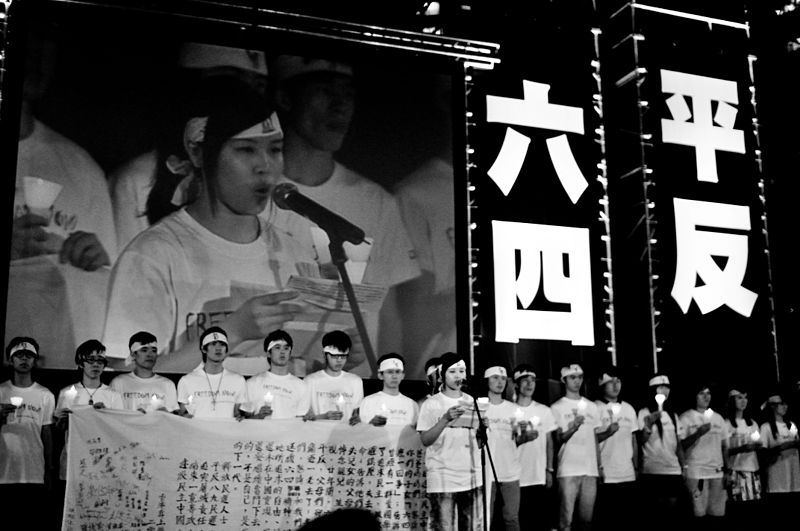 Student protesters speak at a Tiananmen Square demonstrationlaihiu / LAI Ryanne [CC BY 2.0 (https://creativecommons.org/licenses/by/2.0)]Confrontations happen in our everyday life; these include the small confrontations, such as a car crash, to big confrontations like a war. Despite how big or small these confrontations are, there are always ordinary, selfless people that are ready to fight for their beliefs. Some examples of these heroes stretch from being famous, such as Nelson Mandela, who dismantled the apartheid system in South Africa; to the unsung heroes such as Rick Rescorla, the security advisor who helped all but 13 out of the 2,700 employees of Morgan Stanley escape the World Trade Center on 9/11. The Tank Man, an unidentified protestor, was one of the key protestors in the Tiananmen Square protest. The 1989 protest in Tiananmen (which directly translates to “gate of heavenly peace”) Square led by students was one of the most important student protests in history (“Tiananmen Square”). June 4th was the last day of a series of pro-democracy demonstrations. The Chinese government decided the best option was to end the protest under martial law. The People’s Liberation Army was sent into the square and was given an order, to clear the square by the dawn of the following day, no matter the cost. They killed an estimated hundred to tens of thousands and arrested as many as 10,000 people (“Tiananmen Square”). The following day, the Tank Man stood his ground in front of a line of patrol tanks at the Avenue of Eternal Peace. He was never identified, but his display of boldness and selflessness while being an everyday, ordinary citizen makes him a hero. 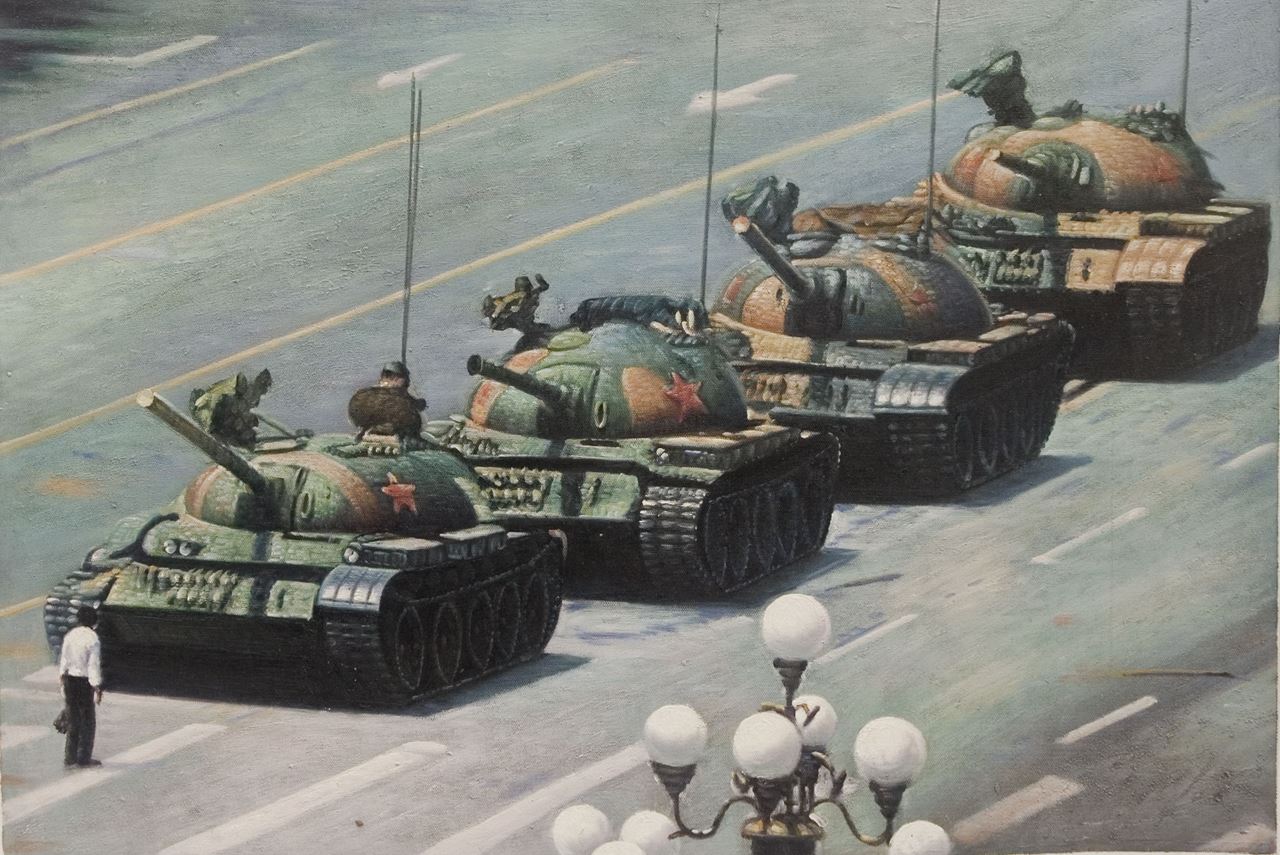 A Painting of the Tank ManPublic DomainThe Tank Man, who was an ordinary citizen like the other protesters in Tiananmen Square, stood up for what he believed in. Patrick Witty stated in his article, “Behind the Scenes: Tank Man of Tiananmen”: “'It all started with a man in a white shirt who walked into the street and raised his right hand no higher than a New Yorker hailing a taxi,' James Barron wrote the following day in The New York Times. The picture appeared on the front page of this newspaper as well as in countless other publications around the world...The details are clear and striking: the red star on the tank and the bags held by the man, making it seem like his protest was an afterthought on the way home from work or from the market. Simple, striking, and powerful" (Witty). In Witty’s article, James Barron compared the Tank Man to an ordinary person in New York who is hailing a taxi. When he does this, he proves that the Tank Man seemed to be an ordinary man. Charlie Cole further supports this by stating that the man seemed as if he were walking home from shopping at a market. In an interview conducted by PBS, Professor Timothy Brook states that “He was probably just an ordinary person who was so disgusted at what he had seen for the last few days. And he said, 'Right. That's it. I'm going out and I'm just going to stand in front of that column'" (qtd. In Antony). In this quote found in an interview with Professor Timothy Brook of the University of British Columbia, he explains how the Tank Man was an ordinary man who just felt compelled to prevent further violence. He did this by standing in front of the tank, therefore peacefully protested as an ordinary person.

Recorded in the spring of 1989 by American teacher and journalist Pat Keeton, "Beijing Journal" was one of the first video documents of the Tiananmen Square protests to be shown on American television.

Furthermore, to protest the killing after the Tiananmen Square, the Tank Man needed to act boldly. T.D. Allman describes the events that occurred right after the Tiananmen Square massacre. When asked what occurred right before the Tank Man protested, Allman stated: "The tanks danced! It was obscene. It was like an obscene dance. They just didn't roll out, they swivelled [swiveled] around. God knows why they did that. And then the moment came which has intrigued you and fascinated and moved the world. You stand there, and you're looking down. This tank's coming out. It's got its gun up. And this man just went out and he said, 'Stop!'" (qtd. In Antony). T.D. Allman explains in this quote how the spectators thought that the Tank Man was about to be crushed by the tanks. When he states that the tanks “danced,” he was stating that the tank drivers expressed their happiness through the tank controls. Furthermore, Allman states that: "The young man stepped out into the road holding a shopping bag in each hand—no one knows what was in them—and calmly stood in front of the advancing tanks to halt their progress. The lead tank stopped and tried to circumnavigate him rather than run him over, but the man just slowly stepped from side to side to block the way through. It was a peaceful, stilted protest, and eventually[,] Tank Man and the tank arrived at an impasse. He clambered onto the tank, and appeared to converse with its crew through the turret, and still[,] he refused to let them past" (“Tiananmen Square Protester”). This quote shows how the Tank Man stood his ground in front of the lead tank even when he knew there was a chance of being killed. This quote also proves that the Tank Man was acting boldly during the protest.