‘Whistling changed my life:’ The competitive world of rockstar whistlers

Even seemingly frivolous hobbies can become a source of passion. At this international festival, master whistlers find joy – and community – in competition.

AUGUST 30, 2019 - PASADENA, CALIF. - Ryan Engstrom admits he was “horribly nervous” before he took his turn at the microphone. But you would never know it. The young man performed with joy and artistry, perfectly hitting his high notes, moving with ease through well-placed riffs, and leaving at least one person in the audience whistling his selection – Édith Piaf’s “La Vie en Rose” – long after he took his bow. 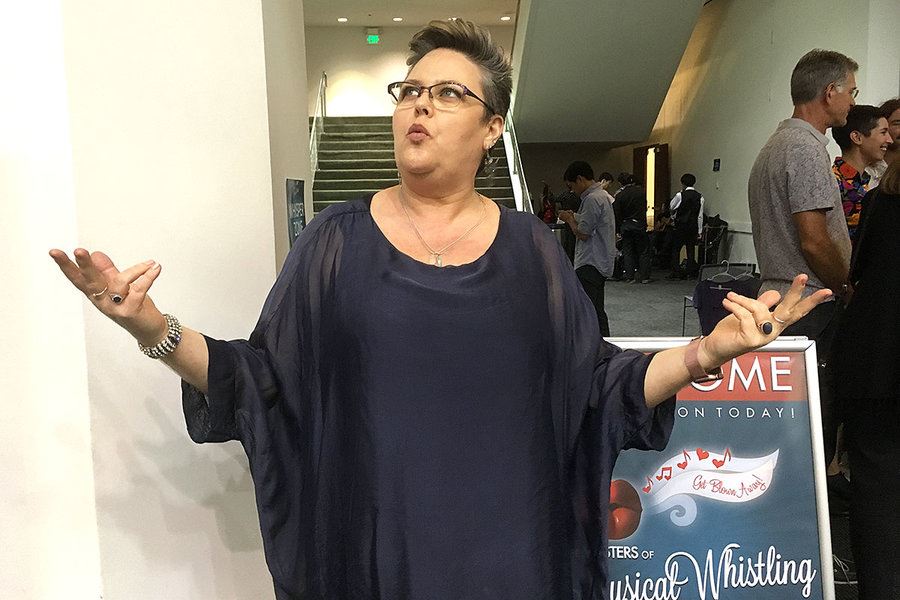 Two-time world champion Carole Anne Kaufman, aka The Whistling Diva, produced this year’s musical whistling world competition in Pasadena, California, Aug. 23 & 24.Francine Kiefer/The Christian Science MonitorWhich is exactly the desired effect. Mr. Engstrom is part of a small but growing group of competitive musical whistlers around the globe. Not content to simply whistle while they work, more than 60 contestants from 11 countries recently gathered outside of Los Angeles to vie for the world title in the Masters of Musical Whistling international festival and competition.

They whistled a happy tune – and much more than that.

“Whistling doesn’t have to be just how you call your dog. It can be a great instrument, that has really been overlooked,” says Carole Anne Kaufman, a two-time world champion whistler who organized the event at the Pasadena Convention Center last weekend.

“Whistling changed my life,” she says, about turning her hobby into a competitive passion.

Ms. Kaufman, aka The Whistling Diva, is determined to bring recognition and respect to whistling as a musical art form. The two-day competition offered a master class (improvisation and self-accompaniment – known by its Japanese term, hikifuki), and different stages of competition, culminating in an awards ceremony with winged golden trophies hoisted like Oscars. Competitors, including one who was just 9 years old, varied in age, ethnicity, and, admittedly, talent. 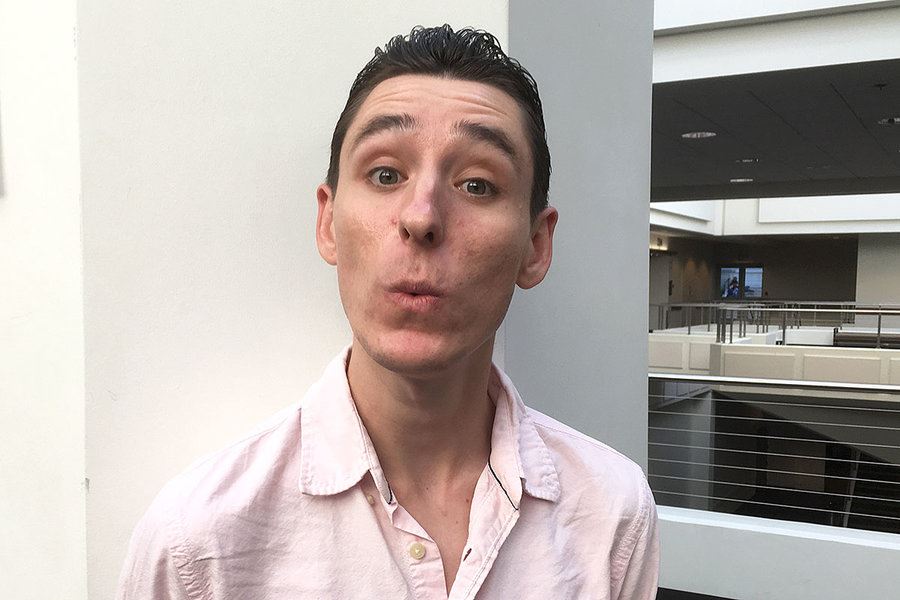 Ryan Engstrom of Sherman Oaks, California, won the first round at the musical whistling world competition with Edith Piaf’s “La Vie en Rose,” in Pasadena, California, on Aug. 24.Francine Kiefer/The Christian Science MonitorWhile a few first-timers stood stiffly or wandered off key, most of the contestants opened up a world unimagined by those who think of musical whistling as the theme song from television’s “The Andy Griffith Show” or Otis Redding’s “(Sittin’ On) The Dock of the Bay.”

One college student puckered up and took off in a jazzy number sounding like a flute, while others impressed with concertos and arias. In a concert of “masters,” champion Ryosuke Takeuchi transported listeners to a soft-edged romantic someplace with his rendition of “Misty.” A finale of five whistlers performing George Gershwin’s “Summertime” brought down the house with cheers and, not surprisingly, finger whistles.

Several contestants talked about being discouraged from whistling as a child, or thinking that they were the only ones who really loved to put their lips together and blow. At the championship, festooned with hot-pink, kissy-lip balloons, they found instant family, fist bumped with strangers, and reveled in jokes (“Was that the French or the English version of ‘La Vie en Rose’?”).

“This is so fun!” one contestant whispered to another during the master class, which included a tour through whistling history by Mitch Hider, a world champion and historian of the craft from Eugene, Oregon.

Birds were the first whistlers, he likes to remind people. But the art’s heyday among humans was the Vaudeville era, when RCA produced hundreds of records of whistlers. Then it moved to the Big Band stage, which featured whistler soloists. Ironically, too much imitation bird warbling had a detrimental effect. Mr. Hider regrets that bird whistling has fallen by the wayside, and in an interview burst forth with a few notes to rival Snow White’s blue birds.

Modern whistling competitions got started in the 1970s, crowning world champions. But when the International Whistlers Convention dissolved in 2014, Ms. Kaufman found her calling. She threw herself into its reestablishment. Today, her biennial production in the L.A. area and a world championship in Japan trade off each year. Her first effort had just 15 contestants, then 30, and now more than 60 – many of them young people.

They can thank the internet for that.

“I figured there must be a competition for whistlers so I googled it,” says Mr. Engstrom, who recently moved to L.A. and does stand-up and open mic. He won the first level of competition for newcomers.

Erica Valkren, who teaches the tango and other ballroom dances in Seattle, also discovered the competition through an internet search.

“Usually I’m the only one incessantly whistling everywhere,” says Ms. Valkren, who arrived with a small entourage of friends to cheer her on. “Here, wow, we all do this!” She says she whistles for the “levity” it gives her, no matter how she’s feeling.

Alas, Ms. Valkren did not take home the championship. That honor went to Japan’s Akiko Shibata, who charmed listeners in the masters concert with her skillful maneuvering of a seaman marionette as she whistled “Under the Sea,” from Disney’s “The Little Mermaid.”

Still, Ms. Valkren is so enthused about the competition that she’s thinking of auditioning for Japan next year.

“This is like a whole new world for me!”

And for folks who may have never before heard a world-class whistler.