by Theo from Kazakhstan 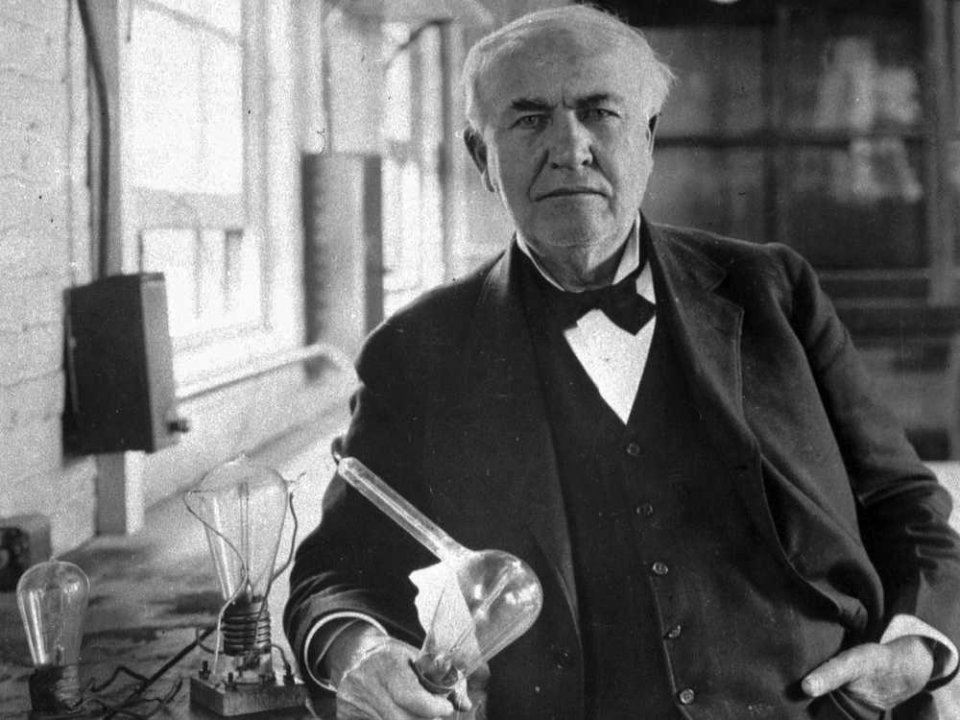 Thomas Edison in his lab[Public Domain]I have wondered what makes a hero? So I came up with ideas. Being a hero is to have a strong character and to be willing to go into danger. It is being kind, polite, helpful, brave, hard working, courageous, and inspiring others. If you were a hero what would you do? You don't need powers to be a hero, you just need to be yourself. Would you make the world a better place? Inspire others like Michael Jordan did, by playing basketball? Make the world a better place like Thomas Edison did with his inventions? Fight for your country like Gandhi did? If you win the lottery ever in your life, and find yourself asking, what do I do with the money? Use it for charity, to help to the homeless, or to help South African schools. To be a hero is more important than your job, your money or your home.

Thomas Edison was born in 1857. Thomas didn't really have to go to school, because his mom was a teacher. His dad was a businessman, then telegraph operator.

When Thomas was 12 he was a successful businessman. His first invention was the Electric vote recorder. It recorded votes in Congress. In 1870, Thomas started a company that made stock tickers. Then he continued to make other inventions. The "quadruplex" was one invention he worked on. It was a telegraph that could send four messages at once.

Thomas Edison married Mary Stilwell Edison in 1871. In the same year Thomas and Marie had 3 children, that were born on Christmas Day. In 1877 he made the phonograph before listening to music became popular. After that, people called him the Wizard of Menlo Park. At that time, in the 1800s, there were not many homes or businesses that had electricity. Edison thought electric light was possible. He studied  the works that other scientists had done for many nights, researching past discoveries. He even got to go to meetings where they explained their inventions or theories. He wanted so badly for electricity to be available for everyone. After a long time of researching, Edison joined a group of people, who created lots of new electronic equipment such as: power cables, lighting fixtures, and generators.

Thomas Edison was an inventor, and he had many cool ideas.  If he didn’t invent them, another inventor would have had to invent the inventions he made, or modern engineers would have to make it. It was hard for Thomas to work a lot and build inventions and get ideas from his mind. If one idea from his mind went wrong, he had to do it all over again. It was also hard to raise his 3 kids at the same time and hard to do some tests on his inventions.

I think Thomas's most important accomplishment was when he was on a magazine and invented his first invention called the “Electric vote recorder”, it helped people to vote "yes or no" in Congress. Also some of his best accomplishments were the phonograph and the light bulb.