by William Lee from Taiwan 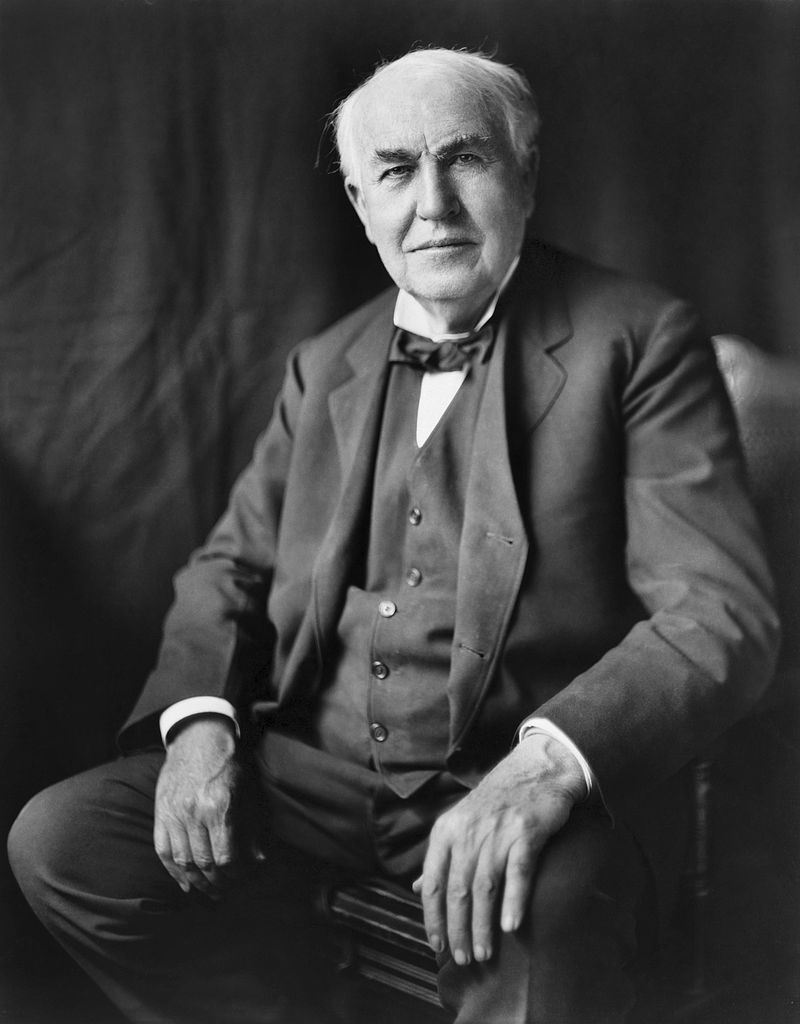 Thomas Edisonhttps://en.wikipedia.org/wiki/Thomas_Edison#/media/File:Thomas_Edison2.jpg I think a hero is when you need help; someone will step up for you even if they have problems of their own. My hero is Thomas Edison. He invented many useful things for us that are still used today. Even though he suffered from sickness, he still helped many people with his inventions.

Introduction-Thomas Alva Edison was an American inventor and businessman. He was America's greatest inventor. He invented many things like the phonograph, the motion picture camera, and the long-lasting, practical electric light bulb etc. He was called "The Wizard of Menlo Park". He also made the first research laboratory.

Early years- He was born on February 11, 1847, in Milan, Ohio. He was the youngest of seven children. His father, Samuel Edison, Jr. was a land speculator. His mother Nancy was a schoolteacher before. They moved to a larger town in Port Huron in 1854. Because of his sicknesses, Edison did not start school until he was about eight years old. Unfortunately, he was a bad pupil and did not do well in school. When the teachers said that he was a slow child, his mother took him home and began to teach him by herself.

Achievements-In 1878, Edison focused on a safe, cheap electric light to replace the gaslight and this was a big challenge that scientists had been working on for 50 years. Edison set up the Edison Electric Light Company and began research and development. He made a bulb that used a platinum filament. His invention spread around the world

Conclusion- I chose Thomas Elva Edison to be my hero because I thought he was an interesting and clever man. He invented many things that are still useful today. "He died from diabetes and many communities throughout the world dimmed their lights or briefly turned off their electrical power to commemorate his passing." Even though he suffered from sickness, he went on to be the most powerful inventor in the United States and maybe the world.