by Jake Mitchell from San Diego, California in United States 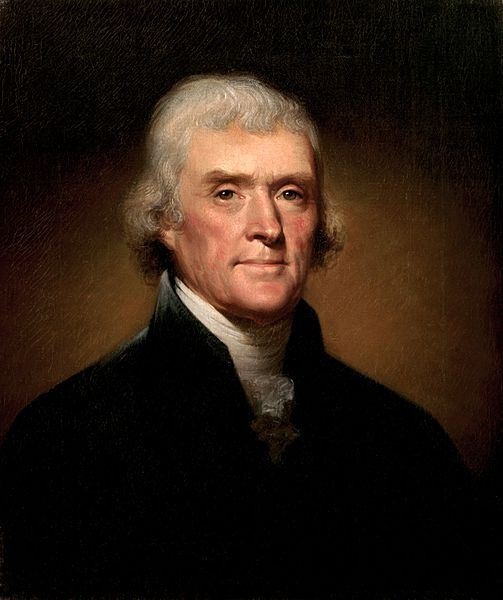 Thomas Jefferson continued to demonstrate his dedication to what he believed in when he became President. This was confirmed when he released everyone imprisoned under the Alien and Sedition Acts. By doing this, Jefferson backed a core individual right that said that freedom of speech was protected in America. “After becoming President, he immediately freed all persons who had been jailed or prosecuted under the Alien and Sedition Acts. He also reduced the size of the Army, Navy, and diplomatic corps, and urged Congress to lower taxes” (“Thomas Jefferson.” Badertscher). Jefferson made these decisions because they were what was best for the individuals in America. “During his presidency, Jefferson worked to restore individual freedoms. The Jeffersonian reformation was bottomed on fiscal policy; by reducing the means and powers of government, it sought to further peace, equality, and individual freedom” (“Thomas Jefferson.” Encyclopedia). Jefferson firmly believed that individual rights were more important than government powers.

Thomas Jefferson is recognized in history as a brave figure who risked his own life writing the Declaration of Independence and who stood up for freedom of speech and the individual rights of Americans. He is an inspiration for what he did for the American people. An example of this was when he freed everyone imprisoned under the Alien and Sedition Acts. Thomas Jefferson inspires me as a hero who put his life at risk in order to help others. Many freedoms we take for granted today can be credited to Thomas Jefferson, a hero of the people.