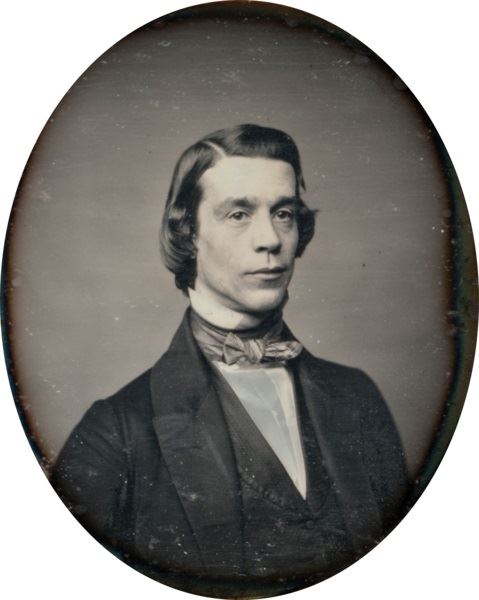 Thomas Starr King (Wikipedia)(https://commons.wikimedia.org/wiki/File:Thomas_Starr_King.png)Many people are familiar with John Muir and his work in exploring and educating people about California’s Yosemite and the Sierras, but did you know that Thomas Starr King was hailed by President Abraham Lincoln as the person most responsible for saving Yosemite for all to enjoy?

California had a major role to play in the American Civil War, and its leaders had a difficult decision to make. What side would it join, the Confederacy or the Union? Or, would it remain a Republic and stay out of it altogether? According to Union Army Commander in Chief, General Winfield Scott, "Thomas Starr King saved California to the Union," making it possible for the Union to win the Civil War and abolish slavery once and for all.

Thomas Starr King was a compassionate minister who loved humanity and was enthralled by nature. A cheerful, hard-working family man and helpful friend to all, his extraordinary intellect and strong will to help those in need was legendary. His speeches reached the soul of the nation. Whether they were about helping the poor (and how to do it), preserving the nation's spectacular natural wonders, or sharing his joy and certainty that life was a treasure and that all people were loved by the Creator of it all, he was widely read.

On December 17, 1824, Thomas Starr King was born into a religious and loving family in New York City. His father, Reverend Thomas Farrington King (once a cobbler), was a traveling Universalist minister who was beloved for his eloquence and friendliness. His mother, Susan Starr, was from a scholarly family of German lineage. She and her sister Sarah encouraged Thomas' interest in intellectual studies. (p. 5, Wendt) When King was a young man, the family settled near Boston, Massachusetts, where Rev King took on the Hollis Street Church. However a long illness took his life when Thomas was only fifteen. Thomas was the oldest child and took on work as a clerk and bookkeeper to help support his mother and five young siblings. Although he was unable to follow his dream of studying for the ministry in college, he did not give up his quest to become a minister and studied hard on his own.

Money was tight and it was difficult for the family to keep up. Thomas supported his mother and siblings. Fortunately, his bookkeeping job, hard work and good reputation paid off, and he was offered a more lucrative job as bookkeeper in the Charlestown Navy Yard. Somehow, he also found time to spend on his studies and his writing for theological magazines. He also formed a club with other scholarly young men who read and discussed books and ideas of the day.

At sixteen, after studying literature and philosophy and teaching himself four languages, Thomas was offered a teaching position. At age nineteen he was asked to become the principal of a grammar school. One teacher noted that, for King, learning even the most difficult subject was taken on as play. "He had a natural affinity for knowledge." (p. 8, Wendte) A well known public speaker noted in his diary: "Saw Schoolmaster Thomas Starr King; capital fellow, only nineteen, has taught school three years, supports his mother, reads French, Spanish, Latin, Italian and a little Greek and begins German. He is a good listener." (p. 10, Wendte)

Starr King met Julia Wiggin, fell in love and married her in 1848. She was an intelligent and lovely woman with good instincts. Like Thomas' parents, Thomas and Julia were happy partners in life. Immediately after their marriage, Thomas was invited to take his father’s ministry on Hollis Street in Boston, which he eagerly accepted. He had long been fascinated with how religion and humanism were so closely linked in thought, and he enthusiastically shared his ideas with others in the ministry. He also received an honorary degree from Harvard. It wasn’t long before he was asked to become a public speaker and he successfully attracted large audiences with his extensive knowledge of religion and philosophy.

During his tenure, he increased his congregation to five times its former size. He was truthful and inspiring. Illustrious people praised his name. After listening to one of his sermons, the philosopher Ralph Waldo Emerson called out, “Now that’s preaching!”

King had a powerful mind and he never forgot the poor. He always focused upon real life and on all the tribulations that the poor suffered all around him. He spoke out on the ills of his day – slavery, poverty and the unnecessary harshness of life - and he did something about them through his passionate speeches by raising more than 5 million dollars for the Sanitary Commission (which later became the Red Cross). 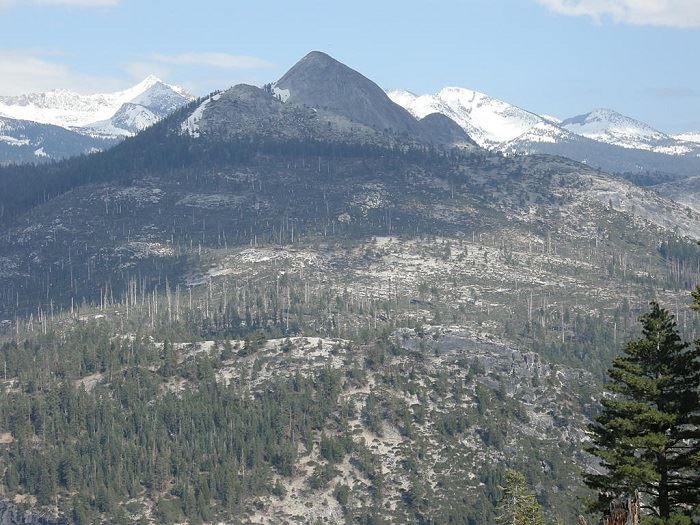 Mount Star King from Glacier Point area, Yosemite National Park, Calif. (Wikipedia Creative Commons, Eekster) (https://en.wikipedia.org/wiki/Thomas_Starr_King#/media/File:Mount_Starr_King_west_profile.JPG)Starr King was also a protector of our nation’s beautiful wild places. He loved the mountains of New Hampshire and the peaks of the Sierras. He sketched and wrote poetry about the natural beauty he saw and expressed the importance of saving them for all to see:

"The life of man has wondrous hours, Revealed at once to heart and eye, When wake all being's kindled powers, And joy, like dew on trees and flowers, With freshness fills the earth and sky." (The Androscogin Valley - The White Hills; Their Legends, Landscape, and Poetry)

He explored the West and was thrilled by the Sierras. After his death, one of the mountains in Yosemite was named Mount Starr King after him.

In fact, the West was wide open and growing and it needed ministers. Thomas and Julia (now a family of four, with the births of Edith and Frederick Randolph) decided that their work on the East Coast could be carried on by others, and they felt that they had a calling to take on a new mission in San Francisco, California.

Also, President Lincoln pleaded with him to go. The American Civil War was tearing the nation apart and the West had become a dangerous place. California was teetering between the Union and the Confederacy – or, more likely, remaining a Republic outside U.S. jurisdiction. The young couple was eager to make a difference, and it was clear that they were needed there.

Upon arrival in April 1860, King made his acquaintance with the San Francisco Unitarian Church. It was a rundown church with little patronage and under heavy debt. (Unitarian was the denomination that he had long felt closest to although he had remained Universalist out of respect for his father while heading the church on Hollis Street.) The following day, he preached from the church to a huge crowd and, within a year, the church was thriving and all debts had been paid. His popularity took a hit, however, when he preached across the state as an advocate for California to join the Union instead of the most popular choice of remaining a separate Republic. The Confederacy had taken over Arizona and Southern California at this time and Lincoln knew this was a desperate situation. Starr King’s success with this goal endangered his life and that of his family - his rallying cries against slavery and his urging for Lincoln to issue an emancipation proclamation increased the danger in the electric climate of the day. It was his very popularity that made this so. But this did not stop Thomas Starr King and his family.

"Sunday I went to hear him preach. He is a most brilliant orator, his language strong and beautiful. He is almost worshiped here, and is exerting a greater intellectual influence in the state than any other two men."
- William H. Brewer, Up and Down California: (https://www.yosemite.ca.us/library/up_and_down_california/2-1.html)

Thomas and Julia's mission to attend to the growing need for helping the sick and wounded soldiers, also consumed their energies. They worked hard to establish the Sanitary Commission in California (later the Red Cross) for those who were in need and desperate during this vicious war. Always, King was calm and available to all and thoughtful in his guidance. 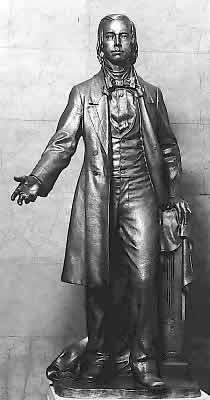 Thomas Starr King, National Statuary Hall Collection statue, now located at the California State Capitol(https://en.wikipedia.org/wiki/Thomas_Starr_King#/media/File:Thomas_Starr_King2.jpRobert E. Lee surrendered to the Union on April 9, 1865 and the American Civil War ended. However, Thomas Starr King did not live to see this. A year and thirty-six days before this event, on March 4, 1864, King succumbed to pneumonia and diphtheria at the early age of 39.  The entire nation mourned.

His optimism and faith in the nation never wavered.

"It is strange" he wrote to a friend near his last days. "I see all the privileges and greatness of the future! It already looks grand, beautiful. Tell them at home that I went lovingly, trustfully, peacefully." (Thomas Starr King, Patriot and Preacher by Charles William Wendt)

King was a solid and faithful friend to many in his life, although none was as close as the youthful friendship he had with his former neighbor friend, Randolph Ryer, from Boston. Both teens had been small for their age – both were smart and intellectual. Randolph (*possibly African American, no one knows for sure - Monzingo p. 149) and Thomas exchanged letters for 25 years. The men even named their sons after one another. The frequent and lively personal correspondence between the two provides some of the best insight and understanding of King’s personality –- his curiosity, breadth of knowledge, sparkling sense of humor and deep affection for his friend. His affectionate banter even sounds quite contemporary to our ears...

Letter to Randolph Ryer (1/10/1862) "I am hard at work as usual but not in lecturing. There is a great flood in the interior. California is a lake. Rats, squirrels, locusts, lecturers and other pests are drowned out.... As to going back (East), I don't know when it will be... There is some talk of making me Senator from California - but I would swim to Australia before taking a political post." (Thomas Starr King, Patriot and Preacher by Charles William Wendte) (p. 166 Wendt)

King was a celebrated hero in his day and for long afterwards but as time goes by we sometimes lose track of the heroes who still deserve to be remembered by all. Heroes should be shared and honored for their work in spreading freedom, establishing social justice or protecting the environment.

If you have a hero who inspires you and would inspire others, I hope that you will share your story with MY HERO, too.

California and the Civil War by Richard Hurley

The White Hills; Their Legends, Landscape, and Poetry by Thomas Starr King

*“In the fine print of a chapter endnote in only one of the many books I read-the only one written recently- it explains (in the language of the times) that Ryer was a Free New England Negro who became a successful exporter in New York. (Monzingo, p. 49.).