by Robert Donoghue - Middle School - from Chicopee in United States 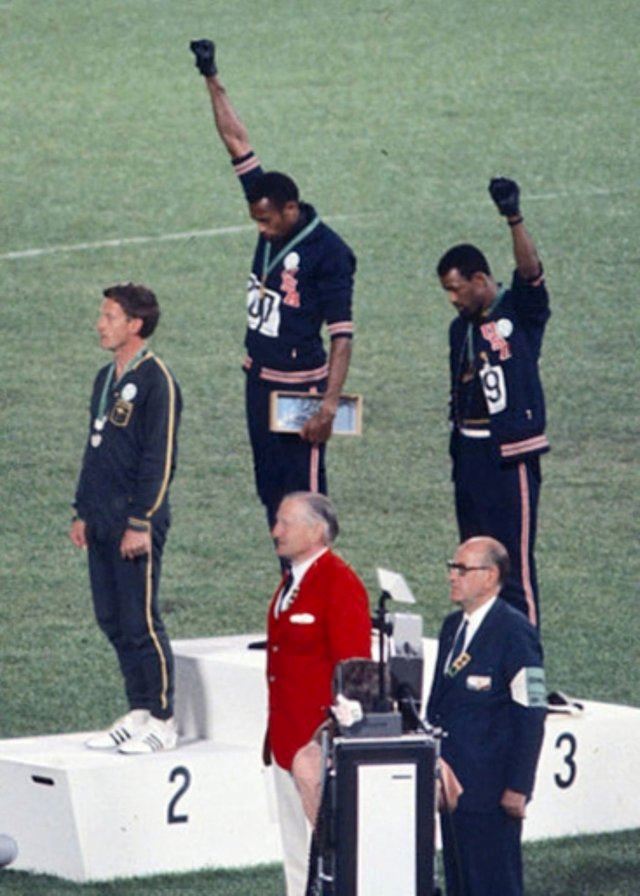 Black Power Salutehttps://en.wikipedia.org/wiki/1968_Olympics_Black_Power_saluteIn the 1968 Olympics, not many people were going from the African American community because of all of the racism in the world. Tommie Smith and Carlos were paid to show up to the Olympics. Tommie Smith beat the world record for the 200m sprint and won gold. During the pledge they didn’t put their hand on their heart, they stuck their fists in the air. They were stripped of their title, and were banned from the Olympics. They were given 48 hours to leave Mexico or else they would be sentenced to prison. Tommie Smith wore a black scarf to symbolize blackness. Carlos wore a beaded necklace to symbolize the victims of lynching. The Black Power Salute Statue was created and is in the African American museum to honor them and their sacrifice. Tommie Smith sadly died in 2019.