Trevor Noah has lived a life full of extreme events. He’s been thrown out of a car, he’s been discriminated against because of the color of his skin, and he had watch his mother deal with domestic violence, including her being shot in the leg and the back of the head. However, even after all he has been through, he has achieved a successful and fulfilling life ("Trevor Noah." Gale). Trevor Noah was born into Apartheid in South Africa, where black Africans were discriminated against and deprived of their rights. It was illegal for a black person and a white person to have children together. Trevor, being a light-skinned South African boy, was considered a crime according to South Africa’s laws. He wrote a book titled “Born a Crime,” in which he talks about his childhood and growing up half black and half white in South Africa (“Book Reviews, Bestselling Books & Publishing Business News | Publishers Weekly.”) Trevor Noah is a very famous comedian, author, and entertainer. He is the host of “The Daily Show with Trevor Noah” on Comedy Central. He is from Johannesburg, South Africa but grew up in Soweto and the hood, called Alex. Trevor Noah showed a lot of courage throughout his childhood because he lived during a very difficult time dealing with Apartheid and poverty. But he still found a way to overcome these challenges even at a young age ("Trevor Noah." Gale Biography in Context, Gale, 2014.). His ability to learn from the difficulties he faced and to persevere helped him on his journey to adulthood. As Trevor grew up, the events that occurred throughout his younger life started to make more sense to him. He began to understand more of what Apartheid was and how it affects him and his family. He started to come out of his shell and have more confidence, which got him doing huge street parties and entertaining people with his sense of humor. It shows that wherever you come from and no matter how difficult the situation is, you can always come out successful as long as you are educated and determined. 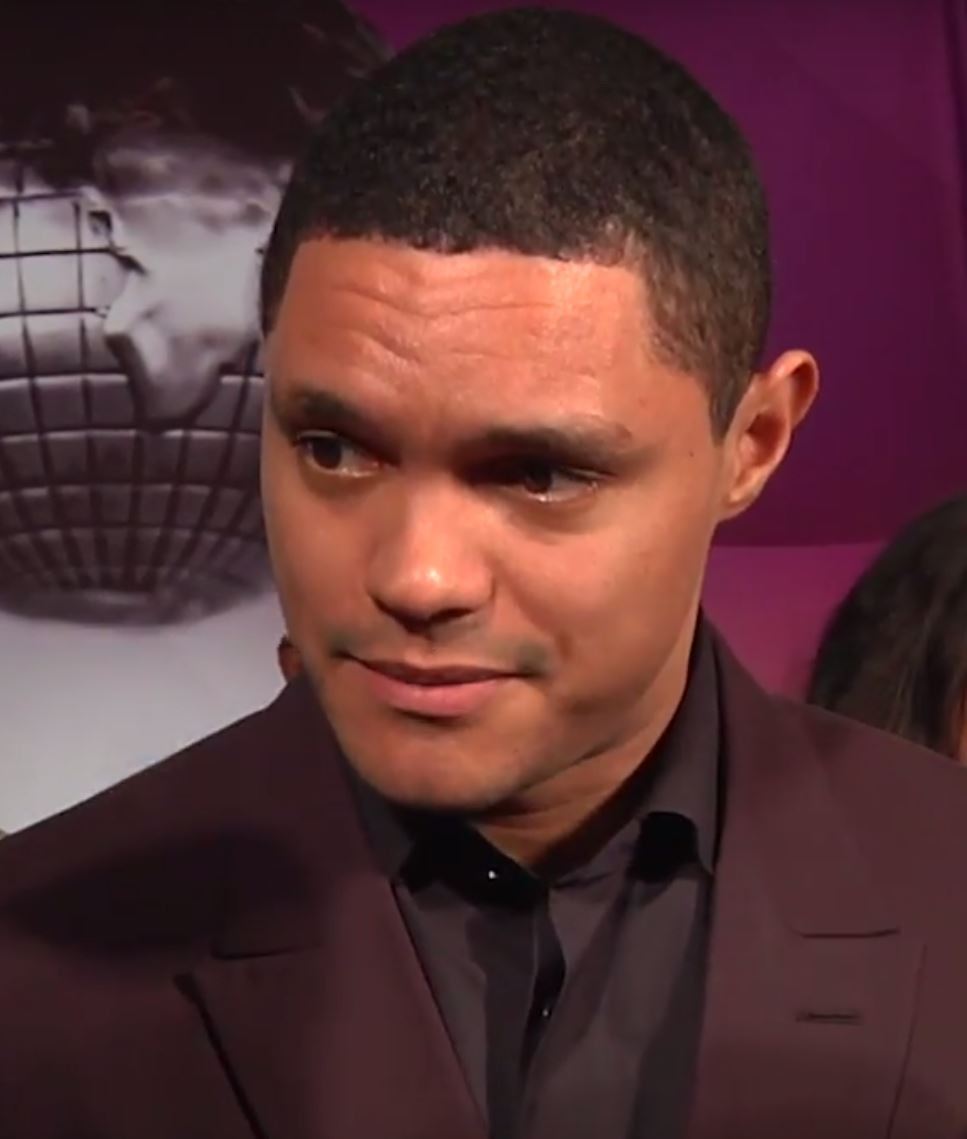 Trevor Noah expresses perseverance by always staying positive and working through difficult times. He lived partly in the white South African community and partly in the non-white South African community. He learned how to navigate both communities, living between these very different groups. “When you grow up in the middle, you see that life is more in the middle than it is on the sides. The majority of people are in the middle, the margin of victory is almost always in the middle, and very often the truth is there as well, waiting for us” (Noah, Trevor. “Trevor Noah: Why Millennial Give Me Hope for the Future.”). Trevor Noah has always worked hard to try to seek an easier path. He not only came out of the slums of Soweto and Alex (one of the hoods in near Soweto) to become a successful comedian and entertainer, but he also left smarter than he originally was after understanding what the world is really about and that he shouldn't be defined by the color of his skin. “Mr. Mandela spoke to white South Africans in a language that soothed their fears and reassured them that they would have a place in our new country. He spoke to militant black nationalists in a way that calmed their tempers but did not diminish their pride. If Mr. Mandela’s efforts had failed, South Africa’s peaceful transition to democracy would never have come to pass” (NY Times P.8 Noah, Trevor). Trevor Noah wanted to model his communication off of Mandela so it would be received by many types of viewers in a way they could all relate to. Even if some viewers don’t agree with Noah, he looks for ways to speak to them, as his hero Nelson Mandela was able to.

Trevor Noah educates others because of his own experience growing up in a world that needed educating to understand what was going on. He uses satire to make the absurd news of the day humorous. He is fearless in his criticism of many public figures, even the most powerful people like the President of the United States. Although he is not American born, he has mastered the ability to exercise freedom of speech, which he was denied in Apartheid South Africa.

Trevor Noah’s thoughts on life always defined him as a logical and headstrong person who educates people on important world topics and who persevered through a challenging childhood to a successful adulthood (Noah, Trevor. “Trevor Noah: Let's Not Be Divided. Divided People Are Easier to Rule.”). Trevor Noah developed his keen sense of irony growing up in South Africa, where the struggle against Apartheid and finding a path to a post-Apartheid required citizens of that country to have a great understanding of both the political and social challenges faced by various ethnic and political groups ("Trevor Noah to Succeed Jon Stewart on 'The Daily Show,'" New York Times). Trevor Noah grew up having a life less fortunate than millions around the world. Despite the hardships he encountered in his life, he still made it out an extremely successful person. He inspires me to work hard at everything and use the things I have that he didn’t to become successful, because if he could do it, I can do it. Trevor Noah is a true inspiration and a self-sacrificing person who will do anything for his family and for his life to grow, and he never gave up in life no matter how tough of a situation he was in. The hard work paid off, and he emerged with his dream in his hands and a truly amazing life story that I am thankful he shared with me and many others.