by Melissa from Linwood

Raja Weksler saved her daughter, Susie Weksler, and many other people during the holocaust. When the prisoners in the Nazi prison camps were starving and had hardly any clothes, she gave them most of her food to eat and brought them clothes to wear.

Raja Weksler was forced to wear David's star on all of her clothes. Raja and Susie were forced by the Nazis to move to ghettos where they were treated like dogs. They had almost no human rights. The Nazis held several 'actions' in which they had to meet quotas of how many prisoners they killed or sent to concentration camps. For example, there was an 'old persons' action in which almost all of the old people were killed.

Raja created a hiding spot in one of the houses, where she and some other people hid during one of the actions. Raja and Susie were forced by Nazis to go to a cemetery where they had to spend the night. The next day, the Nazis made them go through long lines. After first being put in the 'weak person' group, which they knew they would be sent to die, they finally got into the strong group which was headed for a concentration camp where there was at least hope for the future.

Raja and 11-year-old Susie were shipped to concentration camps. There were 'actions' there also. They were starved, beaten, and made to stand outside in the freezing cold or the heat for hours waiting for the 'at-ease' signal. They survived not only the hard labor but also serious illness. All that time, Raja focused on taking care of Susie, who miraculously was still with her. Raja was transferred to another camp called Auchwitz. The prisoners became so thin that you could count their rib bones.

The war finally ended in 1945. If it weren't for her mother, Susie Weksler would have died in the very beginning before the war even started. You could say that Raja was Susie's guardian angel. 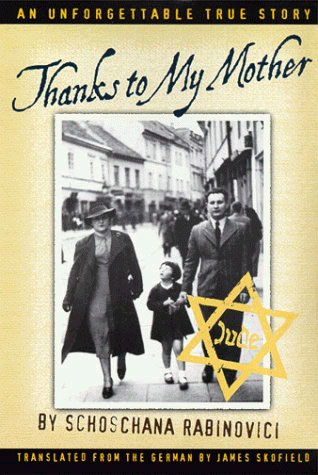