Viktor Frankl: A hero for the hopeless

by Fiona McKenna from California 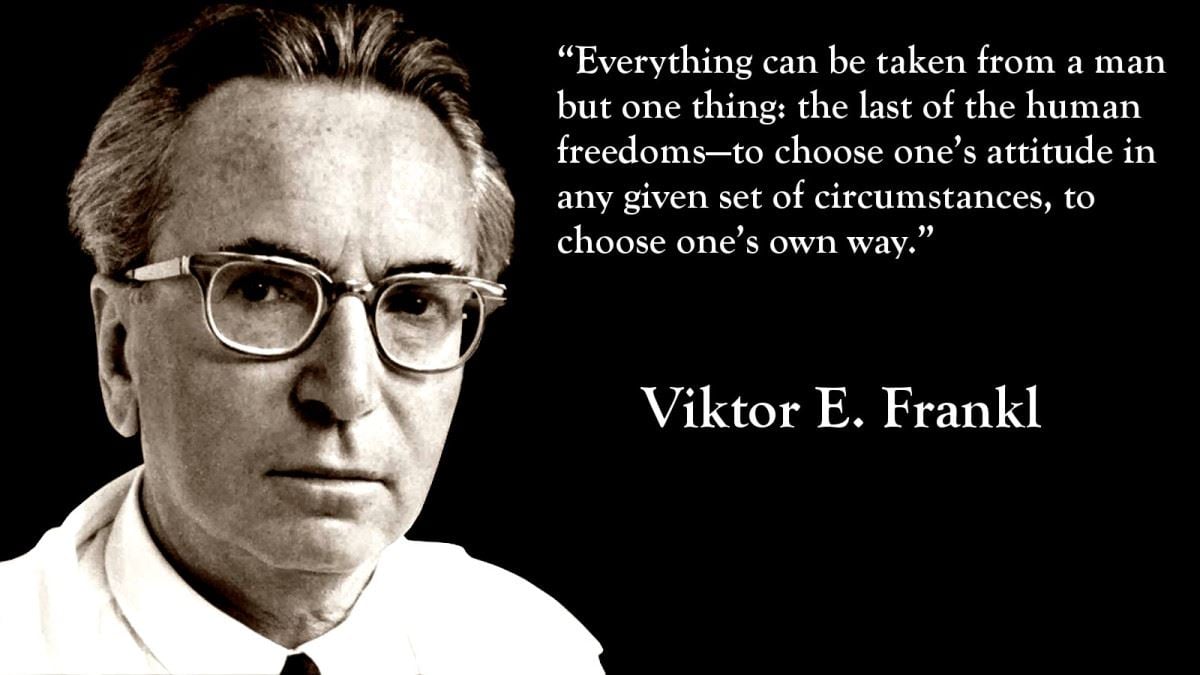 Viktor Frankl: A Hero for Hope

Heroes: the caped crusaders who have kept hope aflame in the hearts of the people for centuries. Heroes have been present since the roots of humanity, scattered throughout mythology and the arts, worshiped for the confirmation that good will always triumph over evil. As time has passed, the definition of hero has broadened from fictional figures to also include real people who challenge despair and create a better world. Just like their fictional counterparts, real life heroes must choose to fight in the never ending battle for a better future. And anyone can be a hero because in reality, heroes don’t need riches, or fame, or followers, nor do they need strength, boldness, or intelligence.   Real heroes need to have a passion, a burning desire to help the people around them - no matter the price or obstacles they may face. To become a hero, one must be determined to create a better future and be selfless in doing so. 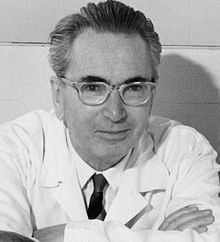 Picture of Franklhttps://en.wikipedia.org/wiki/Viktor_FranklMany heroes have walked Earth, but perhaps none personify these traits as well as Viktor Frankl. Frankl, an Austrian psychotherapist, is a prime example of a hero; he used his whole life to help people in need. He was born and raised in Vienna, and after graduating from medical school in 1930, he was eager to use his talents in psychology to help victims of depression and suicide. Frankl’s achievements made him a rising star in the field, and unbeknownst to the public, Frankl was working on something revolutionary. He was developing logotherapy, a new technique that he hoped would guide people to find meaning in their lives. Sadly, Frankl’s work was cut short as the holocaust dawned. He and his family were sent to Auschwitz, the infamous concentration camp. Yet even when suffering through unimaginable pain, Frankl saw potential to use his theory to bring purpose in to the seemingly purposeless. He used his time in the concentration camp to continue his work -helping others. Throughout his life, Frankl used every opportunity available to ease the pain of others, despite the cost or consequences. By continuously striving to aid others, Frankl represents the ideal human; one that puts others before themselves no matter the hardships they may face. 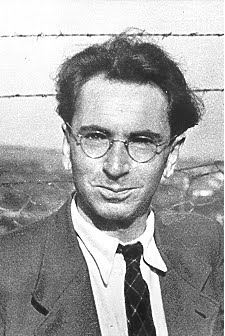 Picture of Frankl https://dgmyers.blogspot.com/2011/04/viktor-frankl-and-auschwitz.htmlViktor Frankl demonstrates determination as he restlessly pursues his dreams, never giving up despite the hardships he faces. When first admitted to the concentration camp, Frankl is emptied of everything he owns, including his manuscript containing the early developments of logotherapy.  “Frankl had lost his manuscript at Auschwitz when he was forced to strip from his clothing. To stay alive in his darkest hours struggling with typhus, he kept himself going by scribbling what he could recall of his book on scraps of paper he had found. Keeping the manuscript alive kept Frankl alive as well…”(Encyclopedia of World Biography, Gale). When everything that connects him to his old life is taken, Frankl is plunged into a world of uncertainty and doubt. His unfinished book, his unfinished dream has been stolen from him, yet instead of wallowing in his own his misfortune, Frankl waits no time to restart his book. He continues to persevere through the horrors of the concentration camp, sacrificing times of rest and sleep, risking his own health so he could resurrect his manuscript. Frankl writes about the experience: “The thought of suicide was entertained by nearly everyone, if only for a brief time...I made myself a firm promise that I would not ‘run into the wire…” ( Frankl 18). Frankl explains how Auschwitz beats hope out of people to the point that they believe dying is better than facing another day. The pain is so bad that even he considers suicide, yet he refuses to let this hopelessness consume him. He stays alive, forcing himself to get up everyday, so he can continue living for the slightest chance of allowing his ideas to save the world.  Logotherapy could help millions and Frankl is so committed to his dreams that he will endure anything to continue his work.

Viktor Frankl’s selflessness is exhibited in his actions; he will sacrifice his own comforts to help another.  Even before he is imprisoned at Auschwitz, He uses every resource he has to help others.  “As he studied psychology, Frankl took an interest in suicide prevention. Responding to the high rate of adolescent suicide in Vienna, Frankl set up youth counseling centers. He enlisted the help of volunteer physicians and clergy to offer free, drop-in sessions. As the city saw a reduction in teen suicide, other European cities contacted Frankl, hoping to replicate the program.” (GALE). Instead of seeking fame or fortune, Frankl donates his time and talent to create youth counseling centers for Vienna’s teens. While he can easily be benefiting himself,  he is more concerned with restoring hope to victims of suicidal thoughts and depression than he is with providing himself with luxuries like time and money.  Even while enduring the extreme conditions  in Auschwitz, Frankl still sacrifices everything for others  “During the three years he spent interned in the concentration camps, Frankl was able to provide countless of his fellow prisoners with something that would otherwise be completely improbable while living under such conditions: a belief in the meaning of their lives and their suffering.”(Hansen).  Instead of resting or trying to care for himself, he sacrifices every spare moment he has to help his fellow prisoners.  Frankl even gave up his chance at freedom to stay and help others. “... As the battlefront drew nearer, I had the opportunity to escape… Suddenly I decided to take fate into my own hands for once. I ran out of the hut and told my friend that I couldn't go with him. As soon as I told him with finality that I had made up my mind to stay with my patients, the unhappy feeling left me.…” (Frankl 56-58) In this quote, Frankl describes how he gave up a chance for escape with a friend in order to care for his patients. Frankl had a chance to end all of his suffering, yet instead he chooses to minimizes the suffering of his patients. He is putting their comfort before his own.  Frankl works tirelessly, sacrificing his own comforts so he can help people find their reason for living. 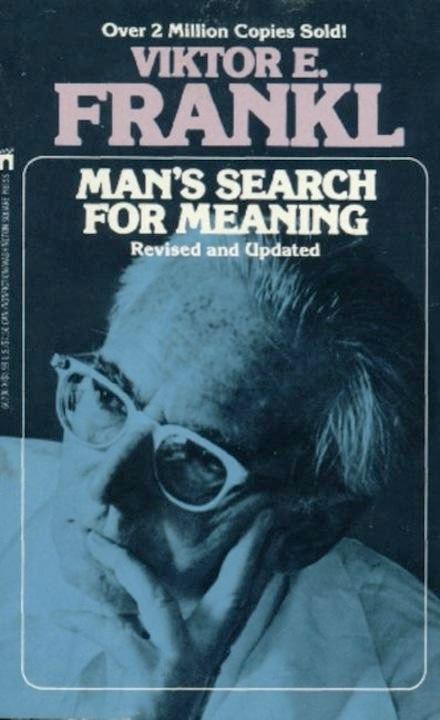 A mans search for meaning by Viktor Frankl https://dgmyers.blogspot.com/2011/04/viktor-frankl-and-auschwitz.htmlFrankl’s determination and selflessness allows him to fulfill his dream of providing others with purpose to live their lives. When imprisoned at Auschwitz, Frankl refused to let his dream go and continued to help others despite the fact that it put him at risk.  He used his genius in psychotherapy to try to create a better life for others, even if it meant giving up what little comfort he had. Everyone should strive to live with the selflessness and determination to bring joy to others that Frankl exemplifies. I believe if everyone looked at humanity with as much love as Frankl did, and everyone strived to help each other, the world would be a much happier place. Even though Frankl is long gone, his legacy still brings hope to the world today.  Frank’s dream eventually manifested as the best seller “A Man's Search for Meaning.”  This book would go on to inspire the world, giving each and every person a chance to find purpose in themselves. Just like the mythic heroes have done throughout time, Frankl serves as a reminder that hope can always be found, no matter how dark the situation.