by Kaylie T from San Diego, California in United States

“I am what they call the ‘Teflon Grandmother.’ I keep the negative from sticking to the girls.”

Viola Vaughn attended Columbia University Teachers College.Pebblefire [CC BY-SA 4.0 (https://creativecommons.org/licenses/by-sa/4.0)]A hero is a person who helps out others when they are in need of help; a person that will empower people and teach them values that will better humanity. Viola Vaughn is just that. Vaughn spends her retired years in Senegal, Africa where she empowers young girls by educating them through her organization called “10,000 Girls”. Viola Vaughn was born on July 29, 1947 in Little Rock, Arkansas. She attended graduate school at Columbia University Teachers college. Then, in 2000, Vaughn and her husband Sam Sanders moved to Senegal, Africa, where she homeschooled her 5 grandkids. One day, a young girl noticed Vaughn’s homeschooling and asked for help with her school work. This was the beginning of Vaughn’s “10,000 Girls” organization. Viola Vaughn possesses the qualities of being empowering and accepting to others. She accepted anyone who entered her organization. She didn’t care if they were failing, she just accepted them for who they were. Vaughn empowered each girl in her organization to do whatever they aspired to do in life. Viola Vaughn is a hero because she provides education opportunities to young girls in Africa, empowering them and accepting them for who they are. 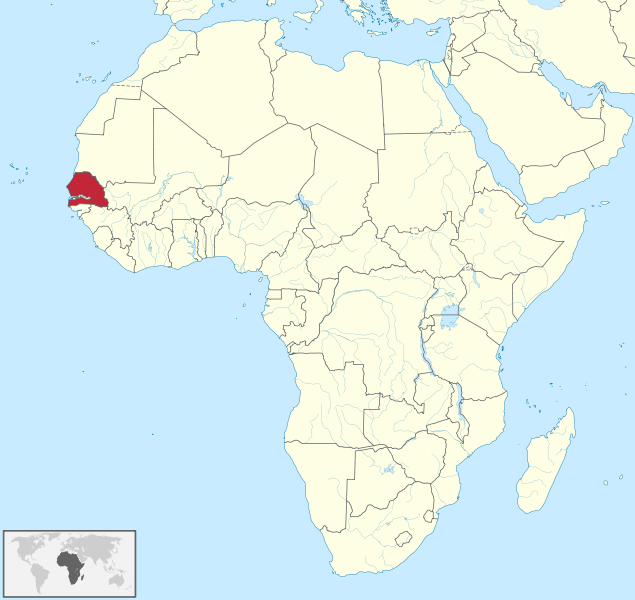 Viola Vaughn's organization, "10,000 Girls" started in Senegal, AfricaTUBS [CC BY-SA 3.0 (https://creativecommons.org/licenses/by-sa/3.0)]Viola Vaughn is a hero because of her ability to empower young girls in her organization through her words. Viola Vaughn’s organization “10,000 Girls” offers educational opportunities to many young girls in Senegal, Africa, “ Offering tutoring and entrepreneurial opportunities for young girls and women across Senegal, 10,000 Girls counts 3,383 current students and graduates from its 43 programs, spanning 11 towns and three regions” (Guillette). Most of the girls in Senegal, Africa aren’t taken seriously with their schooling. Only a small percentage of girls that enter school will graduate high school. Vaughn empowers them to break the stereotypical boundaries that are against girls. Because of Viola Vaughn’s empowering words, 3,383 of her current students graduated highschool. A reporter on Viola Vaughn said, “‘The power that one person can make to change a life. What is neat about this program is it really gives empowerment to girls who would never be able to go and do the things they are doing,’" Marquart said” (“Change Advocate”). Viola Vaughn uses the power of one’s belief to bring confidence to her students. The kids in her organization don’t have many who belive in them. But with the help of Vaughn’s power, their confidence rises and so does their opportunities. Her actions show how much she cares for all of her students: “Vaughn learned that the regional pass rate for girls was low because it was rooted in the economic need of young girls to work at home. They begin missing classes, then failing exams, often ultimately failing or dropping out of school. So in 2001, Vaughn turned her grandchildren's bedrooms into classrooms and began supplementing girls' education” (“The Best Job”). Viola Vaughn empowered the students in her organization by tutoring them which allowed them to pass their schooling. Most girls in Africa end up failing or dropping out of school because their families need their help with work at home. A girl’s education is treated differently than a boy’s. The families don’t value their daughters' education as much as they value their sons'. Viola Vaughn saw how this affected the girls that attended school. So, Viola Vaughn allowed them to come into her own home so that she could tutor each girl. Vaughn decided not to just watch the girls fail, instead she decided to help them. Viola Vaughn is a hero because of her ability to empower each girl to believe in herself and in her education.

Viola Vaughn is a hero because of her accepting manner to others no matter what their background is. In an interview, discussing her job with a reporter, Viola Vaughn said: “‘I went to see this child's mother, and her mother said she had already failed school once, that she couldn't pass because she wasn't smart enough. Well she was smart enough to come find me. And I said, 'OK, I'll help you’ "(The best job). Viola Vaughn accepts each and every one of the girls that she meets. In the quote, you can see how a child’s mom doesn’t believe she is smart enough for school. However, Vaughn doesn’t believe that and accepts her, taking her in. Even when a child’s own parents don’t believe in them, Viola Vaughn still does. This belief and acceptance by just one person, sheds light into anyone’s life. A reporter writes about Viola Vaughn’s actions writing: “The day after Vaughn agreed to work with ‘her and her alone,’ Mame Gueda showed up with three of her friends. The next week, there were 20 girls at Vaughn’s doorstep”(Guillette). Viola Vaughn is accepting because she originally only agreed to work with and tutor one girl, but when she showed up with three of her friends, Vaughn embraced them too. Viola Vaughn didn’t shoo them away, she took them in and accepted all four of them into her house. Vaughn’s personality of always accepting everyone, allowed for her organization of 10,000 girls to continue to grow. By the next week, after her first tutoring session, Vaughn’s tutoring group grew by 20. Viola Vaughn discusses how her organization began:“The 10,000 Girls program began when a 9-year old girl noticed Vaughn, an American grandmother from Detroit, was homeschooling her grandchildren. Vaughn explained that children in Senegal attend public school, but can be expelled from the school system permanently if the child fails a grade twice in elementary, junior high or high school. This little girl had already failed third grade once” (Learning to Succeed).Vaughn’s organization 10,000 girls was able to continue to grow because of her acceptance and her ableness to welcome each new girl that joins her organization.  A young girl who had already failed school once and was in need of a tutor, noticed Vaughn’s homeschooling. Vaughn chose to tutor the girl knowing that the girl would be expelled if she failed once more. She had the ability to have an open heart and accept the failing child. She could have easily passed up the school girl’s offer on tutoring. However her kind personality and empathy towards others allowed her to take the child in. Viola Vaughn’s ability to accept others made her a hero and allowed for her organization to continue to grow.

Viola Vaughn’s traits of being accepting and empowering to young girls around the world allowed her to be seen as a hero. Viola Vaughn’s belief and empowering words allowed for the girls in her organization to improve their education. Vaughn’s organization grew because of her accepting personality. Vaughn always welcomed each new member that joined her organization with open arms. She is an inspiration because she inspired each girl that joined “10,000 Girls” to change their lives for the better. Viola Vaughn talks about her job saying, ‘“They know what they need,” Vaughn says, describing her role as more facilitator than authoritarian schoolmaster. “I am what they call the ‘Teflon Grandmother.’ I keep the negative from sticking to the girls’”(Guillette). Viola Vaughn improved these girls lives for the better, because of her belief in them. Vaughn made sure that no negative impacts would stick with the girls, only positive things would happen to them. This shows how just one person’s inspiring words and strong beliefs can affect many people for the better. The girls that joined Viola Vaughn’s organization didn’t have many people who supported them. Vaughn was that person to many girls. Viola Vaughn inspired each girl to do well in school so they could have opportunities in life. Because of Viola Vaughn, the girls that joined her organization have opportunities that they wouldn’t have dreamed of having. Viola Vaughn’s story is important to share, because it is an inspiring message to many girls around the world. Many girls will be effected after they have read about all the things that Viola Vaughn has done for other girls in Africa. Vaughn’s message empowers and changes young women with her organization of “10,000 Girls”. Her organization proves to girls just what they can do with their full potential. Most of the young women in”10,000 Girls”, were told by their parents that they were needed at home, not at school. However, Viola Vaughn taught them to get an education and to stay in school. A hero is someone that does good in the world; someone that empowers and betters others. Viola Vaughn’s words and actions allow people around the world to be inspired to become an everyday hero just like her.