Celebrating the use of technology to raise social awareness.

by Riley McMahon from United States 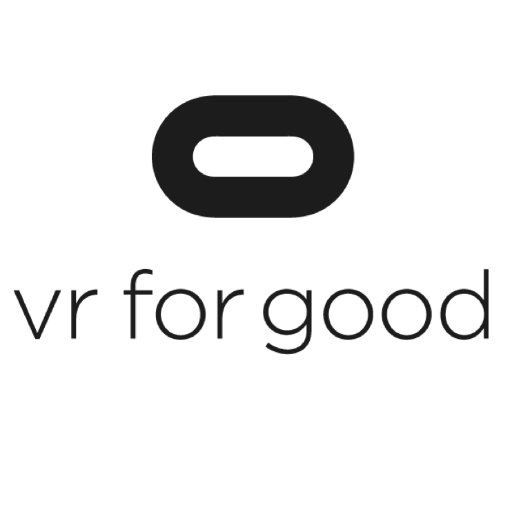 Oculus     As one of the early and now most prominent virtual reality hardware and media enterprises, Oculus has paved the way for new channels of human engagement and interaction through its immersive technology, developing interactive spaces for new experiences in storytelling, art and communication.  Through their V.R For Good initiative, the company has examined and taken an active role in how their technology can specifically affect and support communities — sponsoring nonprofit groups, filmmakers and schools with the tools and platform to create and share their stories and causes in a fully immersive environment.

As part of this initiative through their Creator’s Lab, Oculus has paired filmmakers with nonprofit organizations — donating their resources for the creation of virtual stories broadcasting the work of progressive and community based organizations.  The program is a great example of how innovations in technology can support and raise awareness for communities in need and the films reveal in vivid detail efforts of social workers, environmental causes, demonstrating a bright future for technology, creativity and connectivity. The Creator’s Lab commenced in 2016 and every year Oculus will pair new artists and organizations as it continues to showcase and invest in the creation of these social experiences. 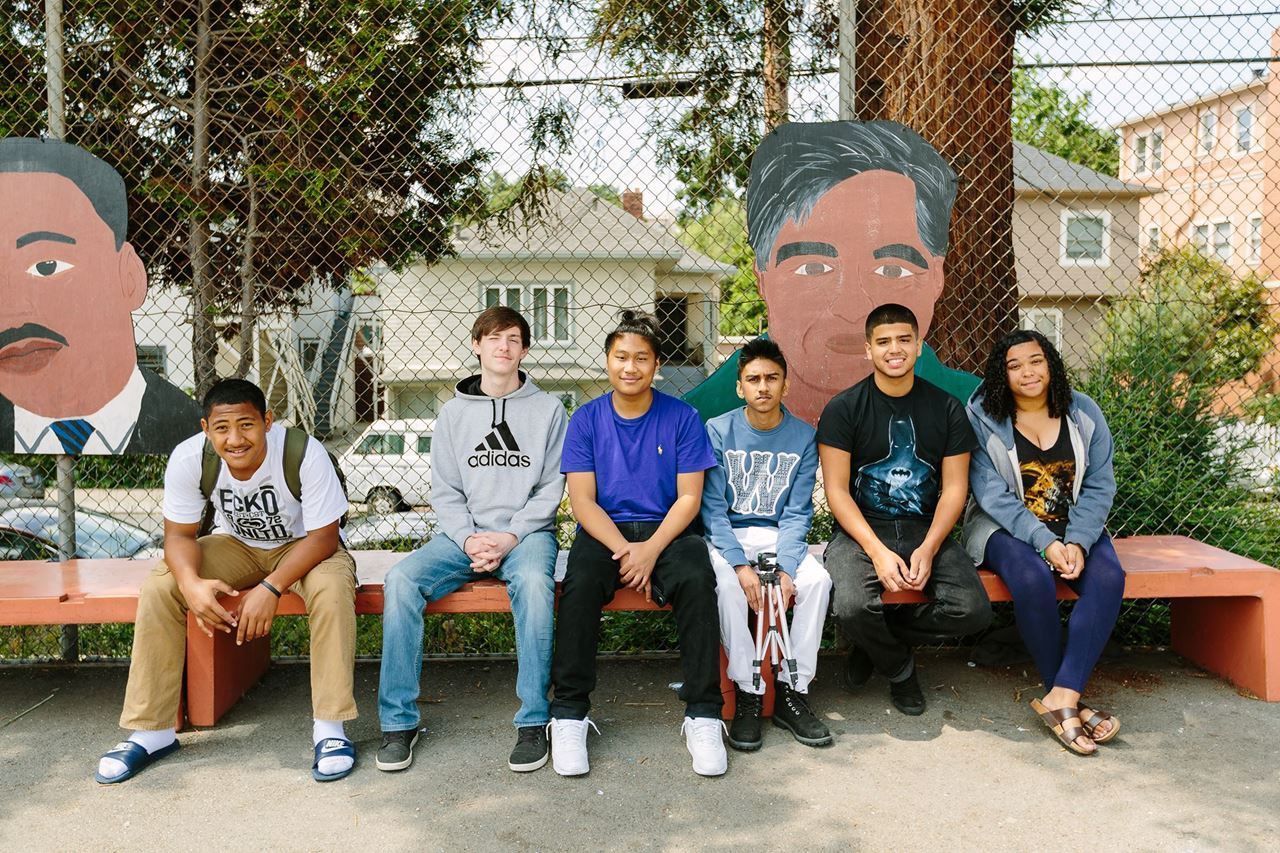 High School Students in the 360 Filmmaker Challenge. Photo credit: Oculus
The second aspect of VR for Good initiative is the High School 360 Filmmakers Challenge.  The tools to create virtual and 360° stories were given to participating high schools, with filmmakers acting as mentors to students in the production of virtual work, 360 Filmmakers Challenge for High Schools, some of the films created can be viewed at Facebook 360 Challenge Page.  The initiative promotes the creation of these high schoolers' stories and, alongside this process, the students work with the STEM Education Coalition, a nonprofit that acts on a local and national scale to promote changes in the way students engage with and learn about technology and business, and to encourage students toward relevant and contemporary career paths.  At the culmination of the course, the students are given a platform to showcase their films and are recognized for their efforts.

Women on the Move. Photo credit: Oculus     The Women on the Move film details a hardworking community of women in Niger, Africa, that organized to form a financial savings group.  Using a lockbox, with selected women given the keys and trusting in each other, the women saved finances together for the benefit of themselves and the community.  The film is beautifully executed and the story is richly narrated by a grandmother striving to save for a better life for her granddaughter.  Created by the nonprofit CARE, an organization that works to fight poverty around the world, and with the collaboration of great filmmakers, the film can be viewed at Women on the Move, and there is also an abbreviated 360, mobile version on youtube readers can discover at Women on the Move 360 . 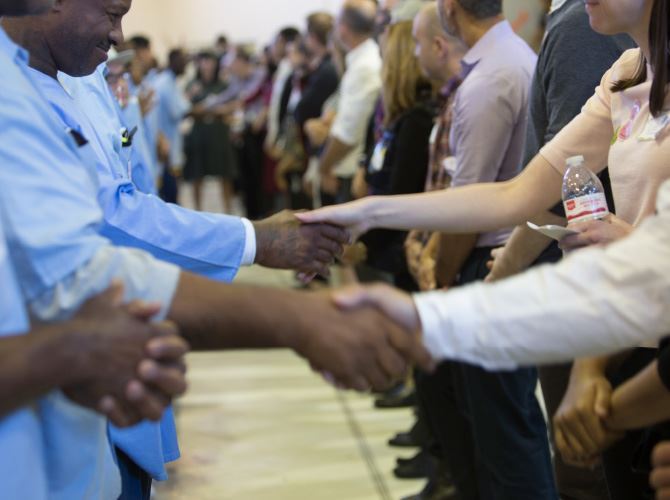 Step to the Line. Photo credit: Oculus     The film Step to the Line brings its audience into the environment of a prison in the United States. With empathy and unflinching detail, the film sheds light on the problems in our society that have resulted in widespread incarceration, and the work of an organization, Defy Ventures, that gives prisoners a space for reflection and hope.  The program's goal is the rehabilitation of incarcerated men, women and youth.  Redemption and fighting against recidivism — defined as prisoners that return to incarceration after their release — are the social topics of the piece.  Step to the Line is a powerful immersive story, bringing awareness and support to a prison population that has become far too large in our country. 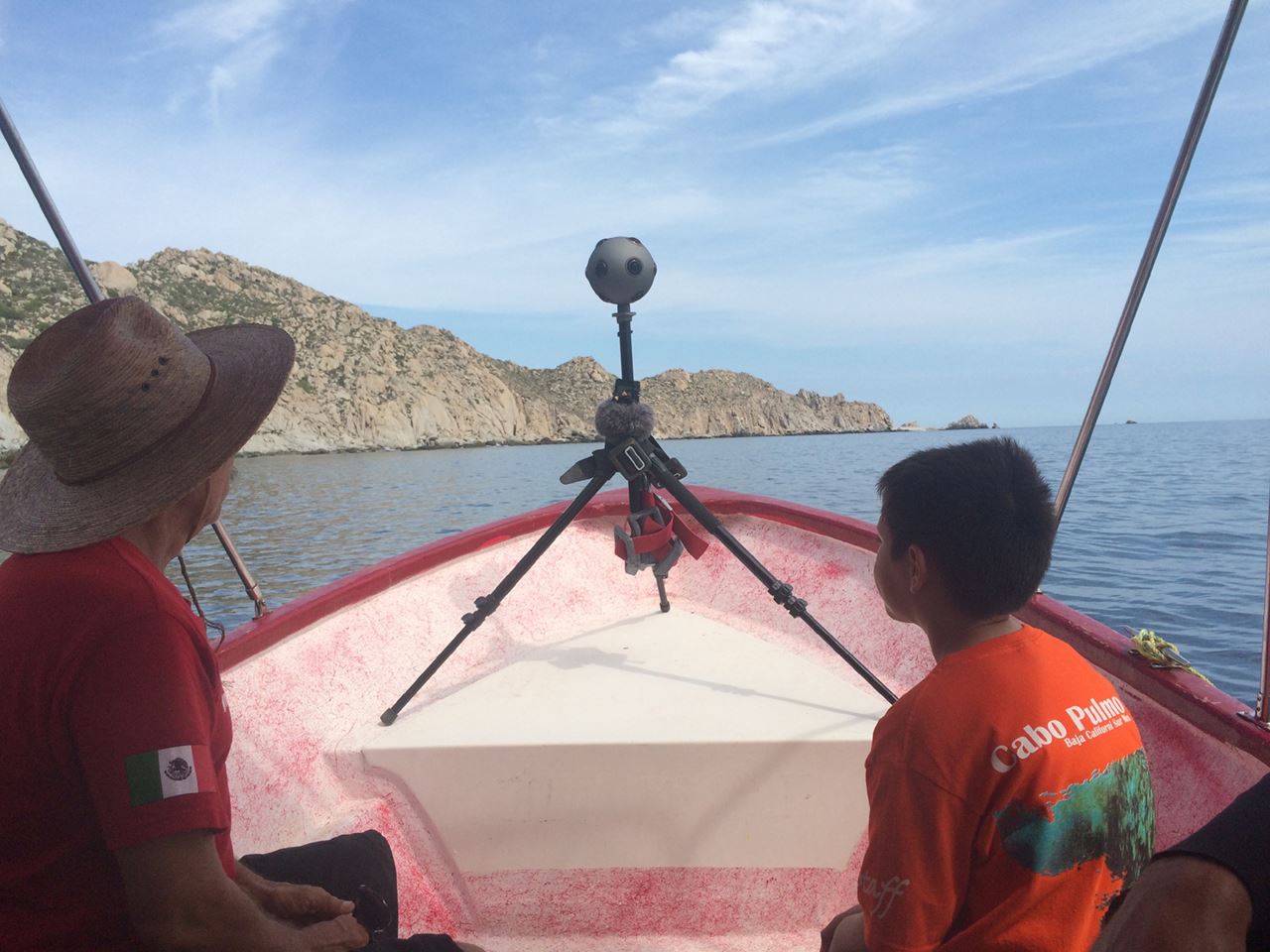 Filmming "Out of the Blue". Photo credit: Oculus     Out of the Blue is a incredibly executed film created by the nonprofit Pelagic Life and collaborating filmmaker Sophie Ansel, showcasing the work of the community in Cabo Pulmo, Mexico, coming together to protect their local reefs and marine habitat.  The area was once referred to by a MY HERO-celebrated environmentalist, Jacques Cousteau, as “The Aquarium of the World” because of its rich marine life and flourishing reefs.  This immersive story details the problems of over-fishing, telling the story of a child, and a community's mission to protect this beautiful and vital ecosystem. 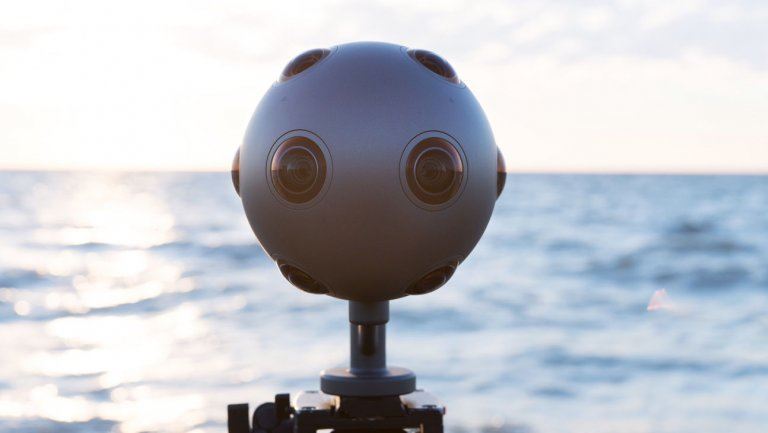 Nokia Camera used to create these films. Photo credit: Oculus     There are many more films from this first year of these programs, and each year more to come, and more details can be found at VR for Good.  MY HERO is proud to celebrate the work of these nonprofits and filmmakers that have come together to make these powerful and courageous stories, and recognizes Oculus for being an active participant in exploring the use of their technology for the benefit of communities around the world.  We encourage our users to explore these VR and 360° films with the VR equipment that is available to them and look forward to the future of this important project.

VR for Good - Homepage for the VR for Good initiative.
Occulus Gear - A means for veiwing these stories.
Google Cardboard - Another option to view some of these works.
Defy Ventures - A nonprofit promoting the rehabilitation of prisoners.
Pelagic Life - An organiation devoted to marine protection.