Wireless revolution: What 5G is, and how it will affect you

The tech industry touts its next-generation cellphone network as a giant leap in capabilities. But the industry jargon does little to explain it to consumers. We look at what “5G” really means.

AUGUST 12, 2019 - If the internet was the information superhighway – as Al Gore and others famously put it – 5G is a future where every street is an autobahn: no speed limits, no data bottlenecks. It’s a future perhaps as game-changing as the internet itself. 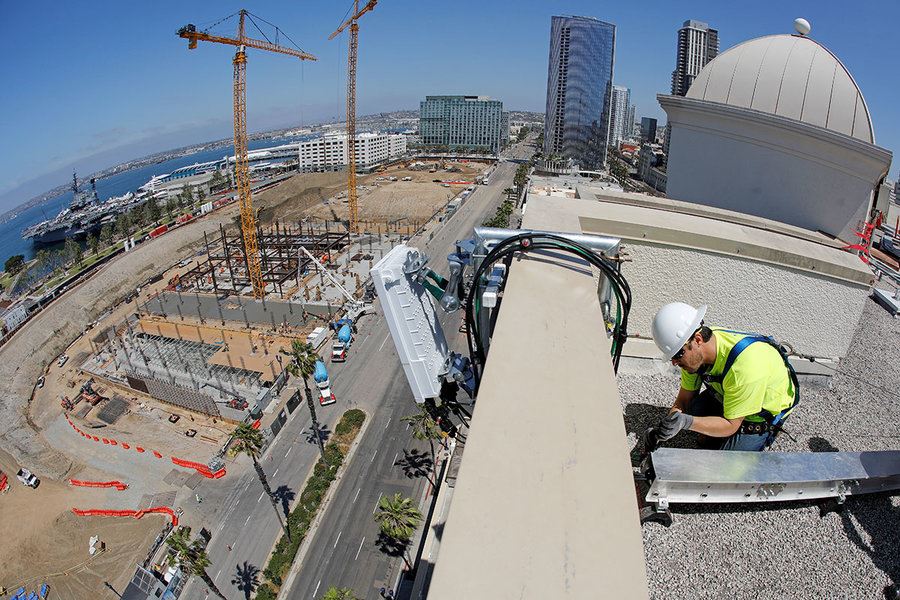 It’s the fifth generation of cellphone service, using three different portions of the spectrum to create a superfast and much more reliable service even if you’re sitting in a basement or stuck in an underground tunnel during rush hour. It’s this reliability of communications – wherever you are – that could lead to innovative products and services.

At first, faster phones and new cable companies. Downloads will be more than 10 times as fast as a good 4G connection, meaning you could download a full movie to your phone in seconds rather than minutes. Also, wireless companies could begin competing with cable firms to offer home internet and TV service.

Your city’s traffic grid would communicate with cars and vice versa to reduce bottlenecks and improve safety. Smart homes would become smarter and easier to set up. Since 5G would virtually eliminate any delays in streaming video, workers could operate bulldozers remotely and shoppers at home could “try on” clothes by watching a holographic 3D image of themselves dressed in the duds. Futurists call this “the internet of things,” where everything can communicate with everything else.

When will 5G be available?

South Korea, China, Britain, Kuwait, and others have set up limited 5G systems. In April, Qatar hosted the world’s first 5G phone call. In the United States, several cities are trying out systems.

Some early testers in Chicago reported speeds up to 1,400 megabits per second, roughly 14 times the limit of what today’s 4G systems can usually deliver. And that’s just the beginning. Most observers peg 2020 as the year when 5G really begins to roll out around the world.

When will it be mainstream?

By 2025, just under half of Americans will have 5G connections, according to Deloitte. But only a third of Europeans and a quarter of Chinese will be hooked up to the new service.

Will it be expensive?

Estimates suggest carriers in the U.S. will offer 5G as a premium service at first. Verizon, for example, plans to charge $10 a month extra for the service. Its 5G phones range from $1,000 to $1,300. The rewards to companies could be amazing, with one forecast predicting a $277 billion global market by 2025.

Are there any drawbacks?

To achieve higher speeds, 5G uses radio waves in a new area of the spectrum. These radio waves don’t do a good job penetrating walls and buildings, so 5G carriers will have to build a much denser network of small transmitters to complement today’s cell-tower technology. Some critics have raised concerns that exposure to so many radio waves could have health effects. The industry says no studies have uncovered any problems.

The other big concern is privacy. The more densely packed transmitters are, the more precisely users can be tracked.

Other experts raise concerns that China-based Huawei, one of the most advanced, and cheapest, manufacturers of many 5G network components, will use its equipment to give the Chinese government a secret back door to the data. The Trump administration banned U.S. companies from selling equipment to Huawei, but is now considering exempting some companies from that ban. Britain shows little concern, since its carriers building 5G networks are reportedly using Huawei parts. India, by contrast, has shied away from using Huawei components, even after the company offered assurances there would be no back door.