When prison doors swing open, these mentors open their arms

by • By Erika Page Staff writer from WASHINGTON 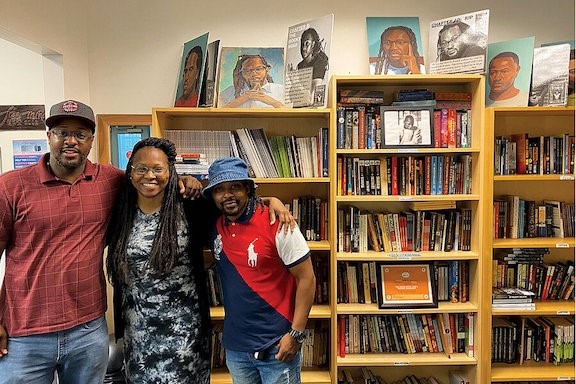 Craig Watson only showed up at that poetry workshop back in 2015 because his prison compound’s championship basketball game was canceled. “I was just sitting there, like, ‘I don’t write poems. I don’t rhyme,’” he recalls, chuckling.

The facilitator from Free Minds Book Club & Writing Workshop told him to forget about rhyming and just express himself. The blank page in front of him began to fill up. Poetry offered an outlet for expressing difficult feelings about a childhood marked by violence. During community “write nights,” Free Minds members gave him positive feedback, and he began to lean into that network of support.

Free Minds, founded in 2002, operates book clubs and writing workshops in prisons around the United States and at the jail and juvenile detention center in Washington, offering constructive connections among its nearly 2,000 members. Members never “graduate” but remain part of the organization for life; thousands are on its waitlist. When incarcerated people are released, Free Minds helps them find their feet back home through its reentry program.

When Mr. Watson returned from prison through the Second Look Amendment Act in 2019, he had 22 years of catching up to do. Free Minds helped him with practical things, like finding his first job, but most important, the organization became an extended family that kept Mr. Watson from becoming another statistic.

Every year, the U.S. releases 7 million people from jail and more than 600,000 from prison. Of the latter, more than two-thirds are rearrested within three years. Many return to communities of historical underinvestment with limited education and weak social support. Criminal records make the job search difficult, and drug use and suicide rates are high, according to a report by the Office of Disease Prevention and Health Promotion.

Free Minds offers its 330 reentry members workshops, coaching, counseling, group support, and connections to opportunities. But during the pandemic, Mr. Watson, who was serving as a Free Minds poetry ambassador, noticed he wasn’t hearing from a lot of reentry members.

So in January, he presented his idea: a formalized peer support program, with the goal that every reentry member would have someone to talk to who had been through it themselves. Today, Mr. Watson is one of 12 peer supporters guiding others through the emotional and logistical challenges of starting over after incarceration. That level of peer involvement is key to the success of reentry, experts say.

“The promise of these [reentry] programs lies in the street cred of the mentors,” says Dr. Nancy La Vigne, a criminologist with the Council on Criminal Justice. “People are more likely to listen to and follow the lead of someone who’s walked in their shoes. ... I think they can reach people who might not otherwise be reachable.” 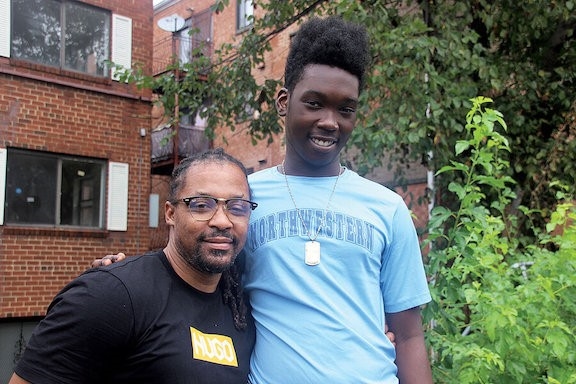 “I know how important it is to have somebody when you’re going through something,” says Mr. Watson.

In May, the first class of Free Minds peer supporters completed a three-month training course, where they learned how to care for others while also paying attention to their own needs. Over two dozen reentry members have already expressed interest in joining the next class in October.

“The prison system is designed to break ties, to separate the person who is incarcerated from their community,” says Tara Libert, co-founder and executive director of Free Minds. She says that peer support does the opposite. “They repair, restore, and create new community connections which are essential to successful reentry.”

The peer supporters work alongside three full-time reentry coaches, who recommend names of people who might need extra attention via a phone call or a visit. Sometimes, the members simply want to celebrate a new job or recount the score from a child’s sports game. Other times, they need help working through relationship problems, loneliness, or post-traumatic stress.

“We know the problems of the young people out in the streets,” says Mr. Watson, who got the keys to his first apartment in September. “We want to give back to these communities that we once destroyed when we were young.”

The peer supporters say that helping others helps them heal, too.

“After talking with them, we understand what our family was going through – our mothers, our sisters, our brothers,” says Mr. Watson. “That’s where that connection really builds.”

When a friend home from jail first brought Davonta McBride to a Free Minds reentry book club meeting, Davonta imagined he’d walk that path, too, dropping out of school or getting locked up. “I was so worried about him because he was like a firecracker, just really impulsive and angry,” remembers Keela Hailes, a reentry coach who got involved with Free Minds after her own son became incarcerated.

The Free Minds members treated Davonta like family. He showed up every Wednesday evening, even arriving early to set up and staying late to clean. That’s where Davonta met Shannon Battle. Mr. Battle had learned of Free Minds through his friend Mr. Watson after serving 25 years in prison and is now himself a trained peer supporter.

Both Davonta and Mr. Battle grew up in precarious circumstances and took to the streets in their early teens in search of money – and role models. So when Mr. Battle got a call that Davonta was in a potentially violent situation, he knew he had to act fast.

“I dropped everything I was doing, went to his school looking for him, and basically had a conversation with him to let him know that this course of action was not the right one,” recounts Mr. Battle. Davonta nods his head in agreement.

“I had people in the ’hood, but they weren’t role models. They were just telling me what to do,” says Davonta, whose own father has been locked up for as long as he can remember. “People like Shannon I listen to because I know he went through the stuff, so I take big heed of what he says,” he adds.

Thanks to Free Minds, he says, he graduated from high school this spring.

“They treat me like one of their sons, or brothers. I can call them for anything,” says Davonta. Mr. Battle even helped him pick out an outfit for prom.

“That’s always been our dream,” says Mr. Battle. “To do right by a young man like him – because we can see a lot of ourselves in him – it’s just rewarding.”