Who can be my neighbor? How a ‘lens of care’ can transform US cities. 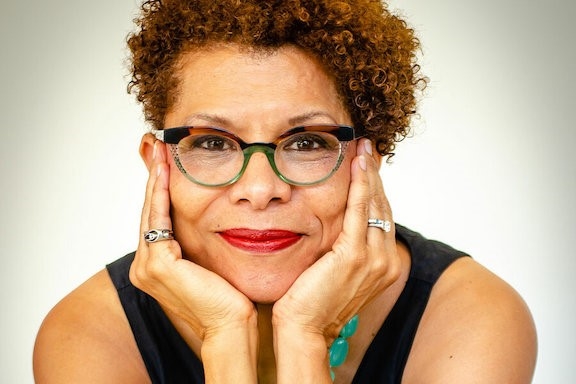 Author and professor Sheryll Cashin notes that "a society based on separation, fear, and violence is not sustainable." But her latest book, “White Space, Black Hood: Opportunity Hoarding and Segregation in the Age of Inequality,” shows cities making changes based on an "ethic of love" – and seeing good results. Courtesy of Robyn Bishop

A story from ages past tells of a young lawyer who, after being told by a homeless carpenter to love his neighbor as himself, challenges the carpenter to define his terms. “Who is my neighbor?” the lawyer asks.

In response, the carpenter tells him a story: One by one, three men come upon a man who has been robbed and beaten. The first two pass by without offering any aid. The third, a Samaritan, bandages his wounds and takes him to an inn, where he nurses him. The next day, he gives the innkeeper money to continue caring for the man and promises to pay whatever more is needed the next time he visits.

The lawyer acknowledges that, of the three, only the Samaritan was a neighbor to the wounded man. The carpenter, Jesus, then tells the lawyer to follow that example. We never learn whether he does, but the bravado the lawyer brought to his encounter with Jesus suggests that the generosity needed to be a neighbor may be more than he can muster.

Fast forward to today, and Sheryll Cashin is asking our nation a similar question: Who will we allow to be our neighbor? How our nation continues to respond to that question determines our ability to benefit from what she calls an “ethic of love.”

For the past 20 years, Professor Cashin, a Georgetown University law professor and the daughter of civil rights activists, has researched racial residential segregation in the United States and how it has created high-opportunity white spaces and concentrated poverty in highly surveilled “hoods.” Her latest work, “White Space, Black Hood: Opportunity Hoarding and Segregation in the Age of Inequality,” chronicles the communal toll residential segregation takes on American society and offers possibilities meant to bring about a more just, joyous, and equitable nation.

Professor Cashin spoke with the Monitor recently. The conversation has been edited for length and clarity.

What did you discover as ground zero for legalized racial residential segregation?

Around 1910, W. Ashbie Hawkins bought a property on one of the toniest streets in Baltimore and rented it to his brother-in-law, George W.F. McMechen. They were two very learned Black attorneys. Mr. McMechen moving his family in upset white residents, and Baltimore became the first city in the country to adopt a racial zoning ordinance designed to separate Blacks and whites in a city where Black people had otherwise been scattered all over. It was premised on the idea that Black people were not worthy of living in white neighborhoods.

That was the beginning of legal attempts at white residential avoidance of Black people, even highly educated Black people. Racial zoning ordinances initially adopted in the South were struck down by the U.S. Supreme Court because they prohibited white people from selling their homes to whoever they wanted to. The court’s ruling was not based on a Black person’s right to live wherever they so choose.

As millions of Black people moved from the South to towns and cities in the North and West, a new racial caste system was constructed that tightly compacted Black neighborhoods, creating ghettos where none had existed. It was the working out of a structural mechanism of white supremacy. The South’s Jim Crow racial caste culture that had developed after the Reconstruction era was matched in the rest of the country with a residential system of social control that also limited Black people’s access to everything, no matter the level of a Black person’s socioeconomic status. It was propagated by federal, state, and local government actions such as redlining, limited access to mortgages, concentrated public housing in Black neighborhoods, and the uneven distribution of public services and economic and educational resources. All these actions created neighborhoods of concentrated abundance and places of concentrated need and poverty.

Is racial residential segregation only a concern of Black and white people?

It’s not just race. ... It’s the intersection of race, where you live, and your socioeconomic status. There are Black people, Latinos, Asians, and other people who can afford to buy their way into poverty-free, high-opportunity havens. But Blacks and Latinos tend to be heavily on the receiving end of segregation and housing discrimination. Recently, when a gunman wanted to kill Black citizens, he had to travel 200 miles from his nearly all-white community to find the East Side of Buffalo, New York, ... a neighborhood dense with descendants of Black people who had fled the South during the early 20th century. The fact that he and anyone can research Black communities by ZIP code offers insight into racial housing discrimination across our country.

In what ways does residential segregation impact the entire nation and not just the people who live in concentrated poverty areas?

We say we’re a country of opportunity, but what we have is a caste system where existing structures of extreme segregation alter politics, ... can suppress votes in geographic areas, ... and determine where limited public and private resources get allocated.

A tragedy of racial residential segregation is that it perpetuates the myth that high-opportunity living is earned, and hood living is deserved and the result of bad choices. That thinking causes some kids to lose the neighborhood lottery and grow up in spaces that are designed for them to fail ... [and] where they are heavily surveilled because it’s much easier to do that when you have a demarcated hood. Other children benefit from opportunity hoarding, meaning they have resource-rich schools, ... the most experienced teachers, ... friendly police officers, ... safe parks and playgrounds. We should not be proud of a system that makes it very hard for some of its children to thrive.

What starts to address this issue?

In California, for example, there’s a homelessness crisis. ... The state is about 3 million housing units short of what’s needed, because we have ordered society only for the people who can afford to buy a single family detached home. Such ordering does not address the needs of young people coming out of college with debt, single people without children, people wanting to be able to walk to work, or other activities of life. These people are cut out of high-opportunity spaces as well.

If we dismantle the rigid exclusion in housing markets and if all neighborhoods had their fair share of affordable housing, there would be a lot more opportunity for everyone, and we also would have a society where there would be much less pressure on everyone, particularly parents with children. Right now, parents who can, spend as much as they can afford to avoid the so-called bad neighborhoods with their under-resourced schools, public services, pollution, and lack of places to buy healthy food. This reality is exhausting and difficult for far too many families.

What have been some hopeful signs that decreasing concentrated poverty is a benefit to an entire community?

It’s amazing what we can do in the spaces where we live to make things better. Louisville, [Kentucky], used to be a hypersegregated city, but over two decades of school desegregation, they have integrated their schools, giving parents options for where to live decoupled from segregated housing patterns. Families are better able to find affordable housing and good schools, and there’s less anxiety. It’s a metro area premised on inclusion and opportunity rather than separation and the denigration and fear of the “other.”

Cities like Newark, New Jersey, and Savannah, Georgia, are finding that violent crime was reduced through universal basic income pilot [programs], hiring the formerly incarcerated, and moving people into higher-opportunity neighborhoods. I cite throughout the book many other cities that are finding that applying a lens of care is more effective and less costly than heavy surveillance, incarceration, and the continuation of high-poverty, low-resourced communities.

You write about an ethic of love. Can you talk about what love has to do with housing equity?

The late author bell hooks wrote a beautiful essay about the ethic of love. I borrowed that term from her and tied it to Dr. King’s vision of a beloved community. ... [I think of it as a call] to live lives of unconditional love for fellow citizens ... and to see each other as assets who can contribute to their own transformation and the transformation of their neighborhoods.

Once you apply an ethic of love, it frees you up to focus on evidence-based strategies that cost taxpayers less and produce better outcomes, ... outcomes that we can celebrate as opposed to policies and strategies that are borne of decades of racial dogma. A society based on separation, fear, and violence is not sustainable.