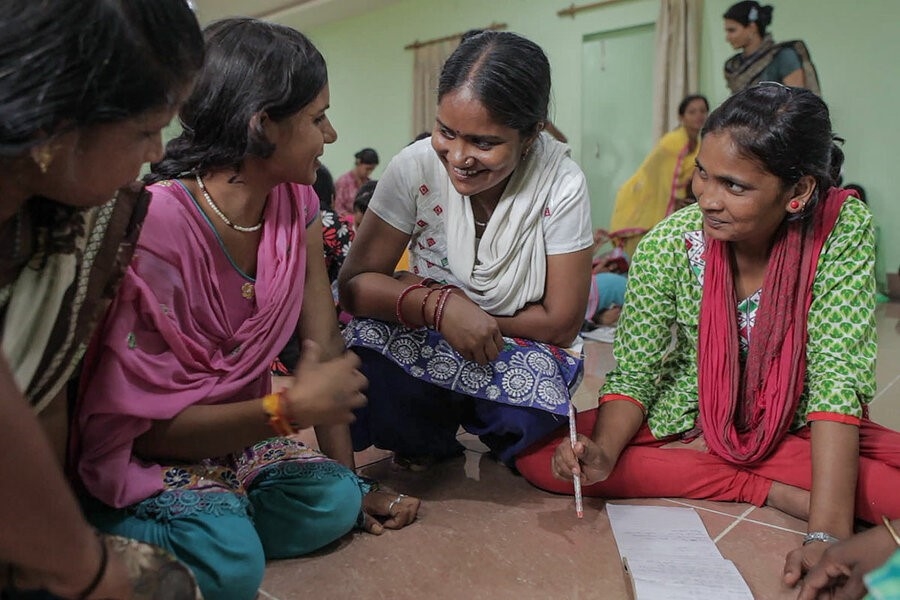 Meera Devi (center) and other journalists in the documentary “Writing With Fire.” The newspaper featured in the film, Khabar Lahariya (“Waves of News”), began in 2002 in Uttar Pradesh, India’s most populous state.Courtesy of Music Box Films

Many movies have dramatized the inner workings of journalism, but in terms of its subject matter, I’ve never seen one quite like the Oscar-nominated documentary “Writing With Fire.” It’s about the reporters of Khabar Lahariya, (English translation: Waves of News), which began as a weekly newspaper in 2002 in Uttar Pradesh, India’s most populous state. The paper is entirely produced, edited, and distributed by Dalit women, the lowest caste in India, and the film demonstrates, with remarkable facility and cunning, how even in the most straitened of circumstances, the press can still hold society accountable.

Co-directed by the husband-and-wife team of Sushmit Ghosh and Rintu Thomas, and shot over approximately four years beginning in 2016, the film focuses on three women: chief reporter Meera Devi, who becomes bureau chief; the wily and seemingly fearless journalist Suneeta Prajapati; and Shyamkali Devi, a newbie who, in the course of the film, comes into her own.

We first encounter the staff of some 30 women at a time when the paper is making the difficult transition to a digital format. Many of the women have little experience with technology. More than a few don’t own mobile phones, which is how many of their stories are meant to be recorded for outlets like Facebook and YouTube.

Despite these obstacles, the communal fervor in the editorial meetings is palpable. The women’s quest is both political and personal. Meera says that journalism is “the essence of democracy,” but there is also a strong element of self-liberation in her words. In the largely patriarchal Indian society, these Dalit women, many of whom travel only on foot, are doing more than a job: They’ve created a calling for themselves.

They face opposition from all sides. Meera’s grudgingly tolerant husband nevertheless disapproves of her career. We learn that she was a child bride, married at 14, a mother while in high school. Holding advanced degrees in both political science and education, Meera worries that, with all her responsibilities outside the home, her daughter is falling behind in school.

Compelling her to continue is her conviction that reporting can actually change things for the better – by no means a given in the notoriously compromised world of Indian journalism. We first see her interviewing a Dalit woman whose claims of being raped regularly by outsiders in her home have gone uninvestigated by the local police. When Meera confronts the authorities, you can see how unseriously they take her. Their mistake. Thanks to her, a measure of justice is finally served.

Against all odds, justice is attained repeatedly in “Writing With Fire.” Suneeta lives with her parents in a poor village with unsteady electricity. Investigating corruption in the same mines where she once worked as a child laborer, she finds herself ringed by angry miners demanding she leave. Not only does she not back down, but she also manages to ingratiate herself into their confidences. Her exposé becomes national news. Over the course of the film, the paper’s YouTube presence swells to 150 million views.

Other stories, some involving the learning-on-the-job Shyamkali, result in the repair of roadways and irrigation systems, and even challenge violent, far-right Hindu nationalists. In one particularly alarming scene, Meera interviews a seemingly calm religious group leader brandishing a sword. We are reminded that journalists have been murdered in India.

Perhaps most heartening about “Writing With Fire” is how the film doesn’t discount the personal toll on these women. Crusaders though they may be, they voice throughout the film their deep doubts and fears. When Suneeta, who briefly leaves the profession, worries about the shame she might bring to her family, or when she says that “sometimes I think it is a sin being born a woman,” she is speaking for an entire generation of Indian women, and not only those in her caste.

But Suneeta must also recognize that her vital work, along with that of her colleagues, is affirming the hope of a new generation.

Peter Rainer is the Monitor’s film critic. “Writing With Fire” is unrated and is in Hindi with English subtitles. The film is available on streaming platforms and debuts on PBS on March 28. Check local listings for times.