by Eetu Jaakkola from San Diego, California in United States 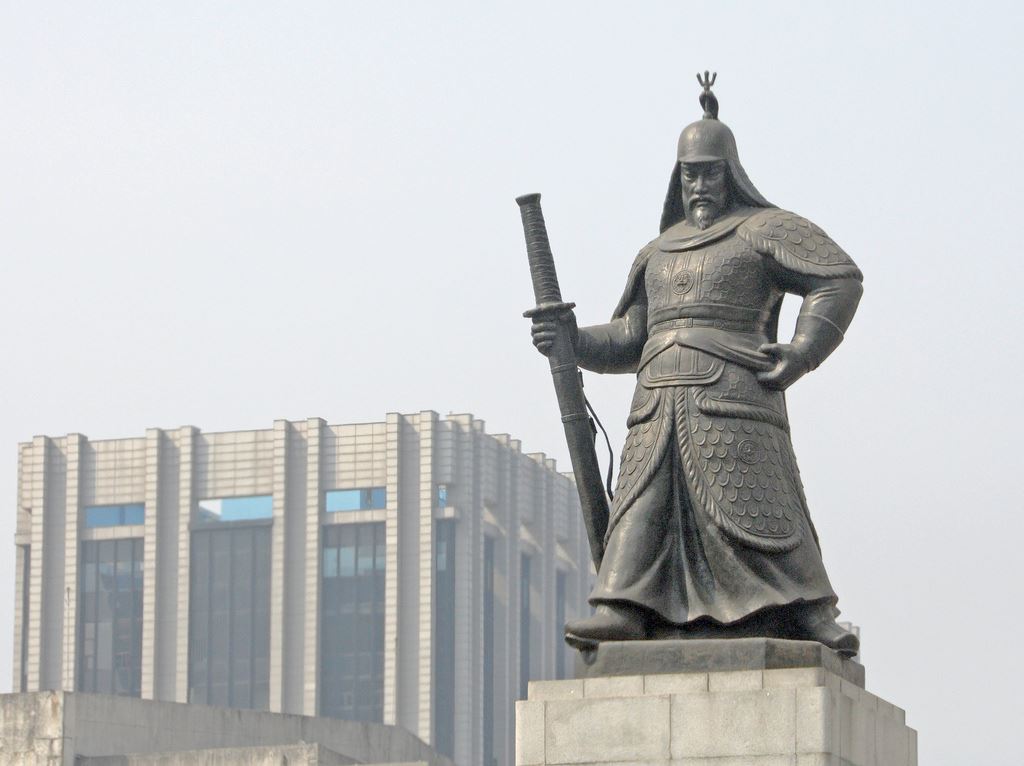 Statue of Yi Sun-shinwww.flickr.comImagine looking out onto the great expanse that is the sea, seeing a great wave of ships rising over the horizon, slowly creeping towards you. Such a scene is somewhat reminiscent of what a admiral named Yi Sun-shin had to go through. Yi Sun-shin was the naval officer of a small fort around the time when Japan invaded Korea in 1592. At the time the Korean military had grown soft due to lack of major conflicts at the time, so the Japanese were able to easily wipe out most of the defenders. Yet every time the Japanese went up against Yi’s forces they were totally routed by Yi, making him a hero in the eyes of the public. A hero is someone who needs to be able to help others no matter what they end up having to endure. Yet what truly makes Yi a hero is that, even when opposed by jealous superiors, Admiral Yi Sun-shin still continued to use his diligence and integrity to defend the Korean people from the Japanese onslaught. 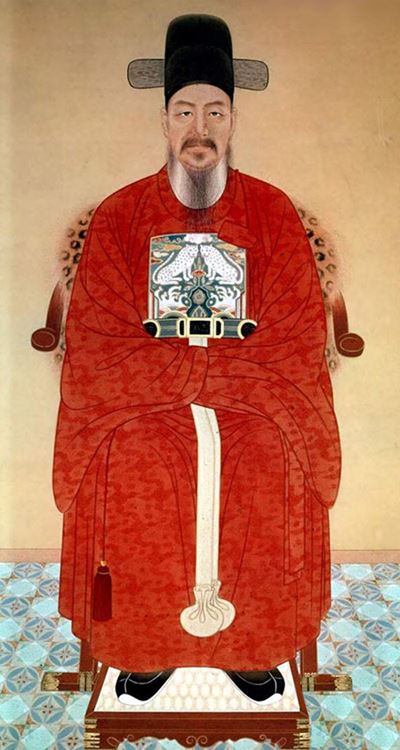 Portrait of Yi Sun-shinwww.antiquealive.comYi Sun-shin worked diligently to do whatever it took to overcome whatever obstacle that came his way in order to defend the people of Korea. His hard working spirit can even be observed through those who trained under him. “As a result of Yi’s preparations, his forces, unlike most of the Korean military, were ready to fight when the Japanese invaded in 1592” (Yi Sun-shin Britannica). Due to Yi’s work mentality he was able to slow down the Japanese war machine from steamrolling all of Korea. Even when everyone else was either dead or fleeing, he would constantly stop the Japanese navy in its place, saving of thousands of Korean citizens in the process.  His diligence would also help him win battles that would seem impossible. “Yi took twelve ships and continued his offensive strategy. He brought his small force within sight of the Japanese fleet of 133 ships and lured the Japanese into the narrow Myeongnyang Strait” (Admiral Yi). Admiral Yi worked extremely hard in order to overcome even the greatest foe. He made sure that he would never be beat, for he was last things separating Japan from the full conquest of Korea. No matter what he came up against, Admiral Yi would work diligently to overcome whatever it might be. 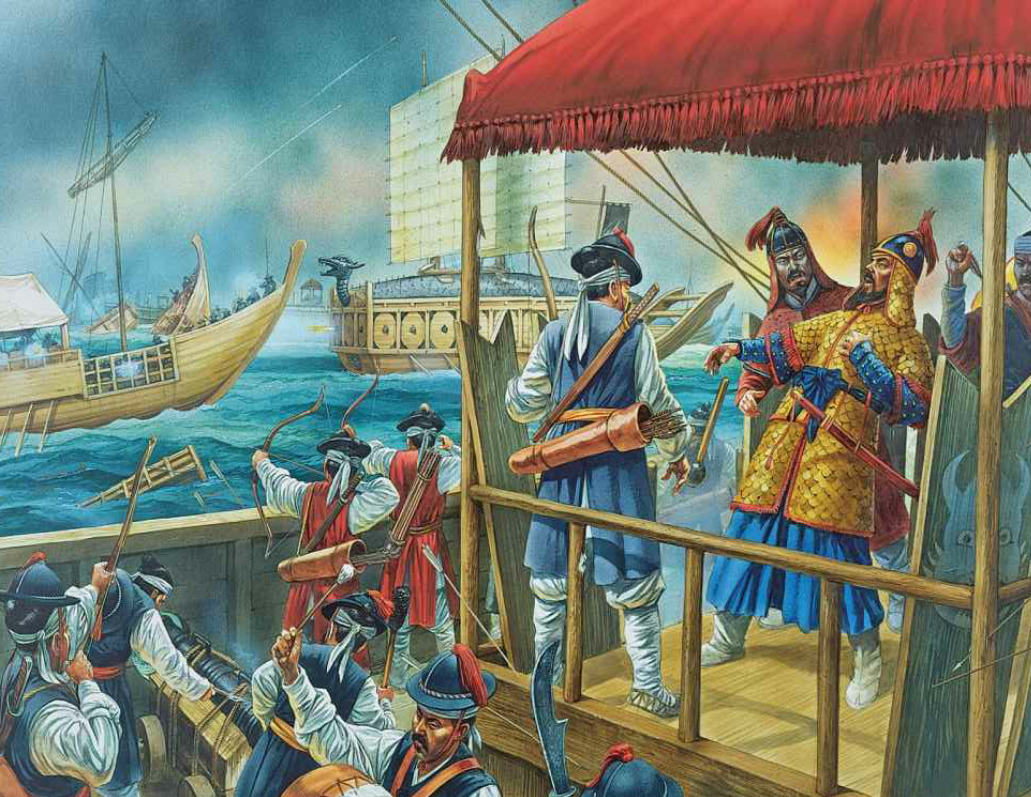 Death of Admiral Yiopenendedsocialstudies.orgYet when all odds were against him, it wasn’t his diligence but rather his integrity that got him through it. His integrity allowed him to better judge situations and avoid doing those which would result in unnecessary casualties, even when pressured by his own government. “Yi recognized the bait, and when ordered to follow up on this false information, he refused. This refusal resulted in his dismissal from duty for insubordination in 1596” (Admiral Yi). When baited by his own government to attack a Japanese fleet head on, which would clearly result in a loss, he went against his superiors’ orders. He chose to save those who worked under him over his own career. His integrity was even hard enough to sustain public shaming. “As a result of this gambit, the command of Korean naval forces was given to Admiral Wŏn Kyun and Yi Sun-shin was dragged off to Seoul in a cage and an ox cart...” (chosonkorea). Though he was literally treated as a prisoner, that still wasn’t enough to break his will. In fact, after the death of Wŏn Kyun, Yi Sun-shin went right back to fighting for the government who had so hated him. No matter what the Korean government or the Japanese navy threw at him, they still weren’t enough to break Yi.

Admiral Yi’s integrity and diligence helped him do whateverever was necessary to protect the Korean people. He took on the Japanese invasion with all his might, while constantly under the threat of losing his job to jealous superiors. Yet because of this Yi became an inspiration to others because he stood against a force that all others feared. While everyone else was being beat back by the Japanese, he was the one who stood up against them with all his might. Even during the very end, when he was lying on his ship bleeding from a stray musket wound, he ordered his sons to act as if he was still alive, to make sure that they finished what they started. It was only after the battle that everyone else discovered that he had passed away, thus ending the story of Admiral Yi.