Dan Eldon was an artist and photojournalist who grew up in Kenya and was one of the first to bear witness to the famine in Somalia. He was killed on assignment in 1993 when he was only 22 years old. Dan left behind 17 artistic journals in which he documented his own life through art. The Art of Life is a portrait of Dan as artist, photojournalist and humanitarian - a passionate young man whose life became a source of inspiration to many others. Global Youth Fund

In 1989, Dan Eldon and two friends took off on safari in his Land Rover, Desire. When they reached Malawi, they came across thousands of refugees, who had fled the civil war raging in Mozambique.

Dan – They were hungry. In most places, where you go, people ask you for sweets or ask you for some fun things but here, they were just asking straight up for food, not even for money, just for bread

The refugee camps affected him deeply.

A year later, he would come back with a group of 13 other teenagers to deliver $17,000 worth of aid, which they had raised on their own. Dan took the motley crew on a 4 week trek through 3 countries ending in Malawi.

Dan: It wasn’t that we wanted to bring them the things because they were pathetic and they couldn’t do anything for themselves. It was because, when we were there, the children were dancing for us and the children seemed so alive and happy that the whole thing wasn’t a sympathy thing.

After visiting the camps the group gave money to build two wells, bought blankets for a children’s ward, and donated one of their cars to the aid workers.

The trip changed all of our lives. Some of the people that we took on the trip had never been outside of America. And I think suddenly we were aware of this whole new world. And for me too, it helped me to appreciate where I’d come because you’re showing all of these people who had never been to Africa. And it’s magic.

Dan could not have known it then, but he was headed for a place much more sinister.

In 1992, Somalia was a nation in turmoil. Famine was widespread, made worse by a civil war that turned villages into battlegrounds. Dan drove to Somalia to see if rumors of the famine were true. This is what he saw. The pictures he took were picked up by newspapers around the world.

Kathy: It affected him profoundly and he said, “I don’t know how these experiences affected me but I feel different.” And he was different. There was a depth to him and a pain to him that we had not seen before.

But he would return to Somalia again and again as a freelance photographer for Reuters. By this time, the world had taken notice. The United Nations launched an operation to bring food to the people. And U.S. Marines were sent in to protect the shipments from warlords.

Kathy: Dan was fascinated by the fact that his work could make a difference and he was also very intrigued with what was happening in Somalia.

But things took a turn for the worse in 1993. Clan militia began attacking U.N. peacekeepers, killing twenty-four of them in June. In July, the U.N. decided to clamp down.

Kathy: On July 12, 1993, the Americans and UN launched an unparalleled attack against a house where they believed General Aidid was hiding. As it happened, General Aidid was nowhere in sight. He was the warlord that was sort of blamed for everything that was happening in Somalia.

Somalis, supporters of General Aidid, retaliated by attacking journalists on the scene.

Kathy: And Dan ran, they all ran. Dad shed his flak jacket but he was surrounded and beaten to the ground and stoned to death.

Three of his colleagues were also killed. [Hansi Kraus, Hos Maina, Anthony Macharia] Dan’s death at the age of 22, devastated his family, but in the years since they have tried to move beyond the sadness by taking comfort in the fullness of his life in the way his photography and his journals have become a source of inspiration.

There was this vibrancy; there was this approach to life that made everything what one could make out of life.

There were times though when he felt defeated: when his parents divorced, when his own relationships fell apart. But through it all, Dan held and saw his life as a work of art, and tried to live accordingly, cherishing not just the grand adventures, but the small wonders that fill each day.

Kathy: To kids in the world, I think he would have said, “You may only dance a short time,” his dance has been very short indeed, but he would have said, “You choose your dance. You choose the music for your dance. You dance proudly, you dance loudly, you dance with incredible spirit and creativity and life and joy. And especially you go out and dance with love.”

My Hero story on Dan Eldon by Wendy Jewell - Dan inspires with his art, his poetry and his life.
Global Youth Fund - Charles Tsai's non-profit organization that supports youth to pursue global change campaigns.
A website devoted to Dan Eldon - his life, journals and art

"The Dan Eldon traveling exhibition is a powerful, affecting tribute to a young artist and his rich, brief life. Containing photographs from Dan’s work in Somalia with the news agency Reuters, large reproductions of his collages, and a variety of art supplies and personal belongings, the exhibit has inspired audiences in six countries.

Dan’s story has become familiar to audiences through two books highlighting his art, The Journey Is the Destination and Dan Eldon: The Art of Life; a documentary by his sister Amy, Dying to Tell the Story; and through various segments about him on National Geographic television, Oprah, CNN, FoxNews, and other national and international media outlets. A major, independent motion picture about Dan’s life is currently in the works.

A journalist and television producer, Charles Tsai founded
Global Youth Fund, a not-for-profit organization that provides young global citizens a unique opportunity to design and select their own global campaigns, which they then finance through youth-led fundraising efforts.

In addition, Tsai also helped to launch OneGlobalTribe, a PBS series that profiles social entrepreneurs and explores global issues through adventure travel. Prior to producing OneGlobalTribe, Charles worked as reporter and producer for CNN, specializing in long form features for the network's educational program, CNN Newsroom.

Inspired by Dan Eldon's journals, Charles teamed up with Kathy and Amy Eldon in 1993 to produce this feature film for CNN. 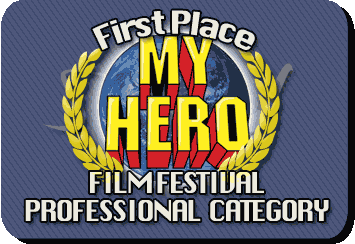