by Monica Olson from Los Angeles, California in United States 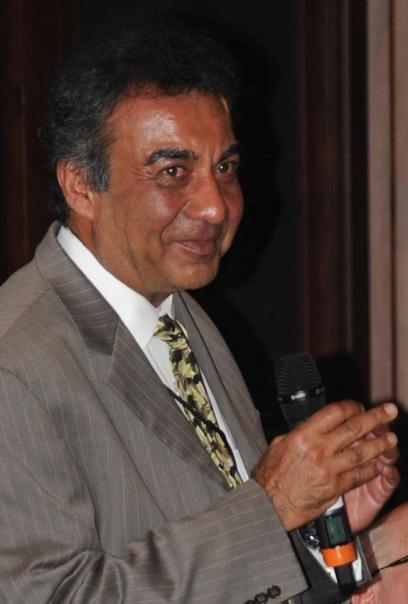 When I heard Azim Khamisa give a speech accepting a peace prize at The MY HERO Project's film festival last December, he instantly became my hero.  I felt the presence of greatness. This man and his story stand out in the world, as does his message, embodied by the title of the book he co-wrote: The Secrets of the Bulletproof Spirit. 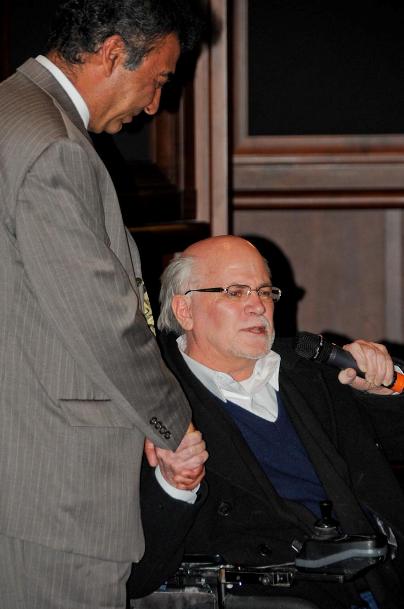 Khamisa described to our audience the turn of events that led to his personal transformation and ultimately to his lifelong calling. He told of being robbed of his only son Tariq in 1995 when Tariq, working as a pizza delivery man, innocently refused to  turn the pizza over until he was paid. The customer, an angry 14 year old gang member Tony Hicks, responded by shooting Tariq and leaving him to drown in his own blood.

Khamisa said on learning of his son's death a nuclear bomb went off in his heart, and he felt his own life was over. He turned to prayer and meditation in the Sufi tradition of his upbringing. His practices brought him to reach out to the grandfather and guardian of his son's murderer, and the two men met together and locked themselves in a room until the alchemy of destiny had performed its magic on both. Each had received and given the gift of forgiveness.

Khamisa subsequently founded the Tariq Khamisa Foundation, began his work of teaching forgiveness to audiences around the world, including in inner city classrooms in the United States and at international speaking venues, and dedicated his life to community service and social activism.   Tony Hicks was given a 25 year sentence for the act he committed. After Khamisa met with Tony in prison, he started mentoring him and working for his early release.

Says Khamisa: "We humans continuously confront defining moments in our lives. Sometimes these events are joyous; sometimes they are tragedies.  At these moments it's important to make the right choices. When we do, we are literally able to manifest a miracle and produce transformation in ourselves and others."

Listening to Khamisa tell his story to our film audience was riveting and in itself immensely transformational for me personally and for the entire audience. It was as if each one of us was living through his experience, witnessing a miracle in our own hearts and the collective heart of the group,carrying out the truth and power of Khamisa's intention.

There are many tales of forgiveness throughout spiritual history and it has been taught that forgiveness is a great blessing. Khamisa teaches others that through forgiveness our own spirit becomes a hero-guide and we, in turn, create a culture of peace.

The Secrets of the Bulletproof Spirit: How to Bounce Back from Lifes Hardest Hits
Azim Khamisa

Click here to listen to the Azim Khamisa story.