by Ruben from Las Vegas

I love the world that J.R.R. Tolkien created in his masterpieces, "The Hobbit" and "The Lord of the Rings". His books just take me into a world where there are wizards and creatures that I adore. Some of those creatures are called " Hobbits", and there is a Hobbit that is my hero. His name is Bilbo Baggins.

Now in real life, I do have other major heroes (God, my parents, my brother, etc). But, Bilbo is a hero in the literary world and in real-life. First of all, I love the idea and creation of Hobbits. I love their huge, hairy feet, their clothes, their culture, but most of all, their courage. When you see the movies or read the books, Hobbits are simple creatures in Middle Earth. Sixty years before Frodo Baggins receives the One Ring, there is another hero. A hero I think is just as important as his nephew, Frodo. But Bilbo didn't just get me excited while reading "The Hobbit" by J.R.R. Tolkien, but also showed me something else.

Bilbo Baggins showed me what courage really means. What's the first thing that comes to your head, when you hear the word courage? Hercules slaying Medusa, Leonidas fighting the Persian Army, or an American solider saving his comrade from battle? All of those do show courage, but why not think of Bilbo Baggins when you hear the word, courage. He did a lot of impossible deeds (seen in the eyes of others) that prove to the whole world that Hobbits could be just as brave as Men or Elves. All of these deeds were to help his dwarf friends from harm or even death at some times. He defeated a whole swarm of spiders, took the ring from Gollum, survived the fire-breathing dragon Smaug, helped take back The Lonely Mountain, gave most of his huge pay to a poor town, and lived to tell the tale.

Yeah, Frodo is an awesome character who destroyed the One Ring to save Middle Earth, but Bilbo found the One Ring. If it wasn't for Bilbo, Middle Earth would have been destroyed. Most likely a the Ring would have been found by a goblin, and that would have been a mess. Bilbo also shows us that courage doesn't come from shiny weapons, or where you came from. Courage comes from the heart, to do the right thing no matter what the cost is. That is what courage really is, and Bilbo Baggins is the perfect example of what courage actually does look like. He showed me that you could be the bravest person anyone has ever met, and only be 4 inches tall. 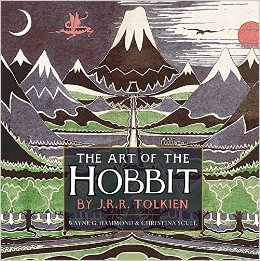