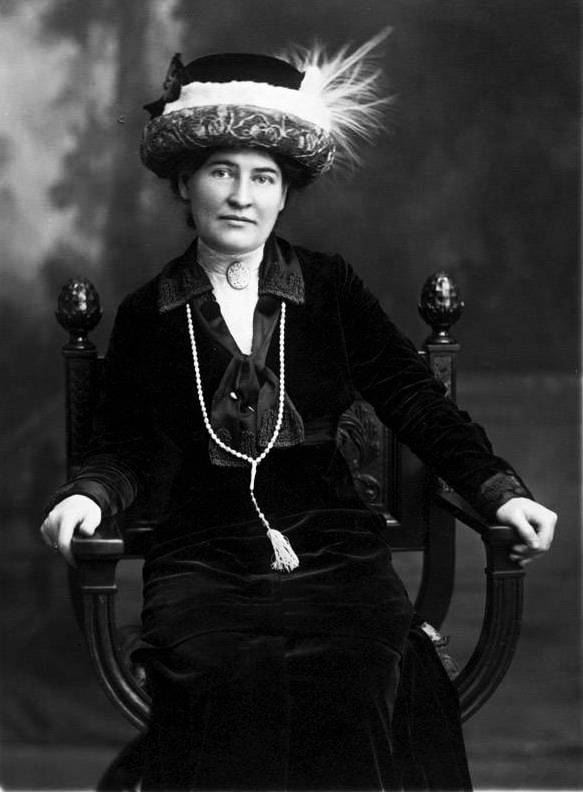 Willa CatherPhotographer: Aime Dupont Studio, New York [Public domain]Willa Cather was born on December 7, 1873, in Back Creek, Virginia. When she was nine years old, she moved with her family to Nebraska. There, they lived in a small town called Red Cloud, an immigrant town with more foreigners than “Americans”. When she first moved to Nebraska, she didn’t like it. She felt that the vastness was causing an “erasure of personality.” However, by the end of the first year, she had fallen in love with the land. In an interview, she described it thus,

“I was little and homesick and lonely...So the country and I had it out together and by the end of the first autumn the shaggy grass country had gripped me with a passion that I have never been able to shake. It has been the happiness and curse of my life.”

This love of the prairie is reflected in many of her early works, in part because of the effect it had on her perceptions as a child. In My Antonia, the main character also feels the difference after his move to Nebraska.

"There was nothing but land: not a country at all, but the material out of which countries are made....I had a feeling that the world was left behind, that we had got over the edge of it, and were outside of man's jurisdiction....this was the complete dome of heaven, all there was of it. I did not believe that my dead father and mother were watching me from up there....I had left even their spirits behind me....If we never arrived anywhere, it did not matter. Between that earth and that sky I felt erased, blotted out. I did not say my prayers that night: here I felt, what would be would be.

In this, she draws heavily on her past and her first books are almost autobiographical; her characters live through many of the experiences that she herself had growing up in Red Cloud. All of her early works have strong female protagonists who deal with the difficulties of pioneer life and manage to succeed. These include O Pioneers! (1913), My Antonia (1918), and The Song of the Lark (1915).

Willa Cather attended the University of Nebraska at Lincoln where she hoped to study medicine. But when an essay that she had written for an English class was submitted to a newspaper and published, she felt the lure of seeing her name in print and decided that she wanted to be a writer instead. While she was enrolled at the University of Nebraska, Willa Cather was managing editor of the school newspaper, writing short stories, and producing four columns a week for the Nebraska State Journal and the Lincoln Courier.

She graduated from the University of Nebraska in 1895. A year later, she accepted the position of managing editor of the Home Monthly, a women’s magazine published in Pittsburg. During this time, she also wrote theatre reviews for the Nebraska State Journal and the Pittsburg Leader. In Pittsburg, she met a fellow theatre lover named Isabelle McClung who advised her to take some time away from journalism to pursue her own writing. Two years later, Willa Cather took her advice and moved into the McClung family home to spend time on her writing.

Between 1901 and 1906, Willa Cather taught high school English and wrote her own work in her spare time. She published April Twilights (1903), a book of poetry and The Troll Garden (1905), a collection of short stories. S.S. McClure, editor of McClure’s Magazine saw The Troll Garden and it caught his eye. In 1906, he offered her a job, and Willa Cather returned to journalism.

Five years later, at the suggestion of Sarah Orne Jewett, her friend and mentor, Willa Cather quit her job with McClure’s Magazine and began writing novels. Her first novel, Alexander’s Bridge, was published in 1912, just one year after she quit her job in journalism.

After the war, her writing changed. It gained themes of despondency and disillusionment. She wrote One of Ours (1922), the tale based on the life of her cousin, G. P. Cather, a soldier who died in World War I. These same themes are in The Professors House (1925), A Lost Lady (1923), and Death Comes for the Archbishop (1927). In 1923, Willa Cather received the Pulitzer Prize for One of Ours.

By the 1930s, the pace of her writing had slowed down. She published Lucy Gayheart in 1935, and Sapphira and the Slave Girl in 1940. In 1944, she received the gold medal for fiction from the National Institute of Arts and Letters. This was perhaps one of the few bright spots in her final years. She had become a national icon and a target for Marxist critics who thought that she was out of touch with current social issues. Also, between 1930 and 1940, she had to deal with the deaths of her brothers Douglass and Roscoe, her mother, and her friend Isabella McClung, to whom she had dedicated all of her books. On April 24, 1947, Willa Cather died of a cerebral hemorrhage in her New York residence. She was 73 years old.

It is fitting that Willa Cather's headstone reads, "That is happiness; to be dissolved into something complete and great." In My Antonia, the main character makes this same observation, shortly after moving to the the prairies of Nebraska, while lying in the middle of the garden, among the pumpkins. The story of Willa Cather's life is reflected in this book, and it is likely that this is how she felt as a young child when she first moved to Red Cloud. 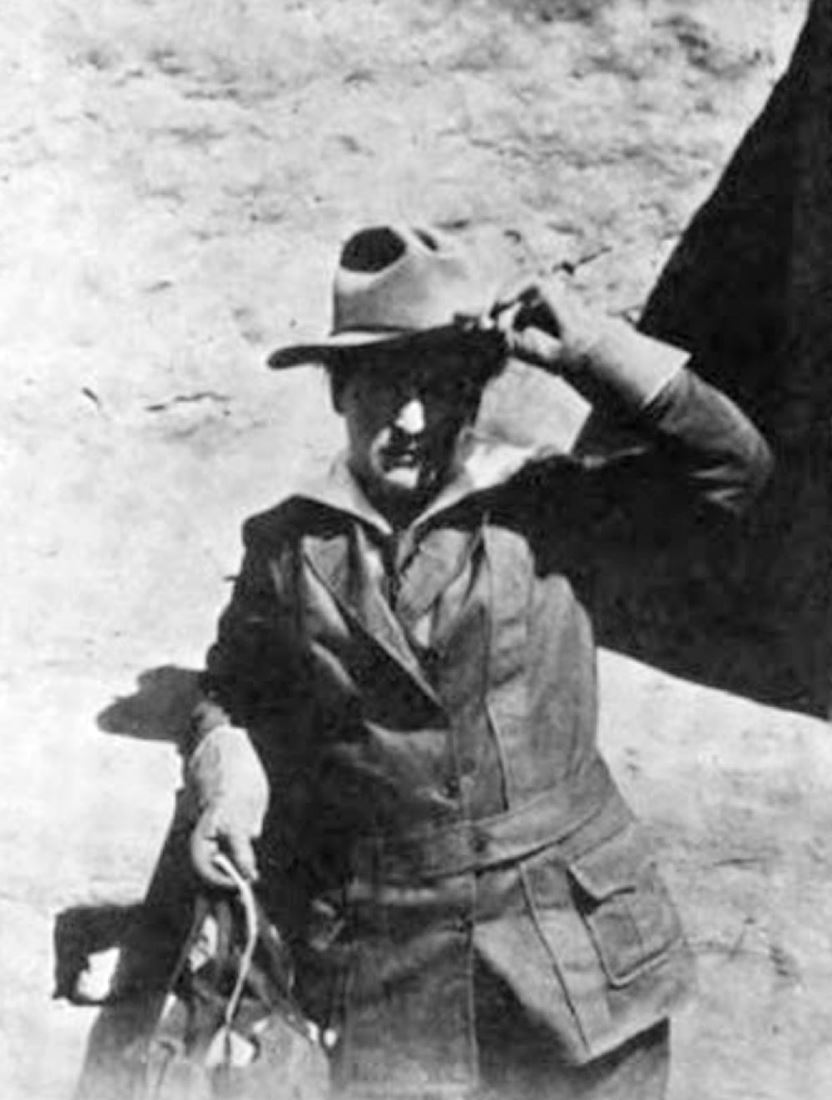 Willa CatherThe Bookman, vol. 42 (December 1915), p. 366. [Public domain]Willa Cather was a revolutionary woman in a revolutionary time. In her life, she managed to achieve international acclaim, something that is made even more impressive given the times in which she lived. Willa Cather was a pioneer, not only in Nebraska, but also in women’s rights. She was one of the first women to get a college education from a college not specifically for women.

As an adolescent, she defied the social norms of the time for young women. She cut her hair short, wore trousers, and rebelled against what young women were supposed to be. She also sometimes posed as William Cather, her “twin brother”.

During Willa Cather’s life, the women’s suffrage movement went from nonexistent to granting all women the right to vote. When she was fourteen years old, in 1887, the U.S. Senate first voted on woman’s suffrage. It lost 34 to 16. But in 1888, suffragists won the passage of a law that required women doctors for women patients in mental institutions. In 1890, the National and American Woman Suffrage Associations joined to form the National American Woman Suffrage Association. Twenty-one years later, in 1911, California granted women the right to vote by an average of one vote per precinct. The next year, 1912, Arizona, Kansas, and Oregon gave women the right to vote as well. But it wasn’t until 1919, eight years after California, that the amendment passed in the Senate by two votes. On August 24, 1920, women gained the right to vote with the ratification of the 19th Amendment to the Constitution.

In the early years of her writing, Willa Cather wrote books about her past, with strong female characters. However, there is much debate over the meaning that has been read into her books. An example of this is in My Antonia. In this book, Antonia is a strong female character who wears her dead father’s boots and plows the land. The story is told from the point of view of Jim Burden, the childhood friend of Antonia, and not by Antonia herself. He narrates her story. This could be seen as less feminist. But we are told in the introduction that Jim is unhappily married, possibly as a punishment for his relationships with the women in the story, which, in turn, implies that she felt that he was in need of punishment. This has been portrayed as a feminist perspective.

The books she wrote after World War I do not reflect he same optimism of her earlier works. The strong female characters seem to disappear. The female characters of this period are either small and powerless, or large and dangerous. The men in these stories are either enthralled with these characters or trying to escape from them. This is possibly reflective of Cather’s lack of optimism. But it may be a reflection of the disruption of the social roles of women that was caused by World War I. One example of these characters is an Indian mummy that is discovered in The Professors House with her mouth frozen open “as if she were screaming.” Perhaps this is a symbol of the female voice, as Willa Cather then saw it: silent and eternal; a completely different perspective than the clear soprano of her earlier character, Thea Kronborg.

Overall, Willa Cather was an amazing woman. Currently, she is the only woman writer in the Encyclopedia Britannica’s list of “Great Books of the Western World.” Her books have been translated into many different languages, including German, Russian, French, Japanese, Polish, Czech, and Swedish. And, she managed to accomplish this before and during the women’s rights movement of the twentieth century.

The Cather Foundation - is a not-for-profit organization dedicated to preserving and promoting understanding and appreciation of the life, time, settings, and work of Pulitzer Prize-winning author Willa Cather.
The Willa Cather Archive - is an ambitious endeavor to create a rich, useful, and widely-accessible site for the study of Willa Cather's life and writings.
PBS.org - American Masters: Willa Cather

Enter a Hero Contest and Win Prizes for your media