by Fabrice from France

It is not really my fault if some people are hungry, but it would be my fault if nothing changed.

Michel Gerard Joseph Colucci, known as Coluche, was a famous French humorist. He was born in 1944, in Paris, from a mother who was a florist and a father who painted building sites. His father died in 1947, so his mother educated him. He had no enthusiasm for his studies, and instead began to work with his mother at the florist shop. But he was bored, and decided to start a new career. He began as a singer, and then turned to comedy and humour. 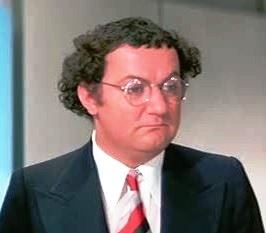 First, I would like to talk about Coluche's role as a humorist. He began his career in Le Café de la Gare, and quickly became very famous. He launched a new style. He did what nobody had tried before him. He thought he could smile about everything. His sketches were based on criticism and parody. With him, a new view of society arose. For example, his sketch on advertizing showed us the stupidity in it and forced advertizers to change! A particular feature of Coluche is that he criticized politicians. He did not hesitate to be hard on some personalities. Coluche was, and still is, liked because he had his own vocabulary, and he himself said, "I am coarse, but never vulgar." He had no rules, and did whatever he wanted. His performances were a big part of his success, such as when he came on stage with red wine and a 'saucisson' (sausage)! People liked him because they could relate to him.

In 1981, he decided to run for the presidency. He built his campaign on a shock slogan, and asked poor people to vote for him. He wanted people to be more equal. He had no difficulty winning voters over to him. In an opinion poll, 16 percent of the people said they would vote for him. Coluche was not welcomed to the race. But he had his 500 signatures from mayors, so he was allowed to run for the presidency. He received a lot of pressure to bow out from the other political parties, and even from the Secret Services. The media did not invite him on talk shows, because the others were afraid of him; he was a great talker. He went on a hunger strike until he received an invitation from the media. After the assassination of his assistant director, he decided to cancel his candidature.

Coluche never forgot where he came from, so in 1985, he decided to create a charity that would give poor people free meals. Les Restos du Coeur was born. The main objective was to offer 20,000 meals per day. The first year, 8.5 million meals were given. This initiative was followed by J-J Goldman, who wrote a song. We can note that a TV show was organized to collect money. In 1986, he asked the European Parliament for the right to take the food surplus from industries to give it to the poor. In 1988, a law called Loi Coluche allowed donors to deduct their donation from their taxes. In 2006, 75 million meals were served. Coluche was the first artist to do something to help the underprivileged. Nowadays, a lot of artists participate in this charity by organizing concerts to collect a lot of money.

It is for these main reasons that I have chosen Coluche as my hero. He did a lot for poor people. He not only talked, but he also provided real help, and his action was efficient. He died in mysterious circumstances; he had a strange accident. He was knocked over by a truck, and the driver had never been accused of anything. Nobody knows the truth, but Coluche was considered to 'dangerous' politically. However, he was loved by his public. Thanks Coluche !!!

France 24 - Blunt and Beloved
All Music - Biography on Coluche