"Young people, dream! You have to go on saying peace is possible. Dream that this world can become better." Desmond Tutu 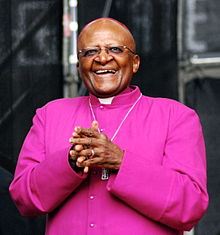 Desmond TutuKristen Opalinski [CC BY-SA 3.0 (https://creativecommons.org/licenses/by-sa/3.0)]When researching the life of Archbishop Desmond Tutu, the first thing that came to mind was, 'Does this man ever sleep?' Born in 1931, in Klerksdorp, South Africa, the second of three children of a principal father and cleaner/cook mother, he developed his empathy for others early. A white priest, Trevor Huddleston, influenced Tutu at a very young age when Huddleston tipped his hat to his mother. It was the only time Tutu had ever seen courtesy to a black person from a white person. Tutu would always remember that kindness and was influenced greatly by this man.

Archbishop Desmond Tutu has lived and worked most of his life in chaotic times in South Africa. He lived most of his life during Apartheid, which was the complete segregation of black and brown people from white, forcing them to live with different rights.

Following in his father's footsteps, Tutu became a teacher, but three years later, he realized that the Bantu Education Act was the Apartheid government's way of keeping blacks at the bottom of the education scale, and he quit. Shortly after he married Nomalizo Leah Shenxane, another teacher, they had four children, Trevor Armstrong Thamsanga, Theresa Ursula Thandeka, Naomi Nontombi, and Mpho Andrea.

After teaching he went back to school to become a theologian and returned to his homeland in 1975 to "take up the post of Anglican Dean of Johannesburg." Then came the Soweto Uprising, brought on by the harsh treatment of black students and ultimately to the massacre of many over their protests. This led to worldwide outrage and added fuel to the fire of an already very tense situation. Tutu was a huge voice against Apartheid but always urged both sides to consider reconciliation. For such efforts, his passport was taken away and he was under surveillance and harassed by state security police. But he would not be quiet.  Many of his fellow activists were banished to remote areas of South Africa so they could not influence others to do the right thing. Because of his courage and perseverance in his continued quest for the equality of all races in South Africa, especially black and white, he was awarded the 1984 Nobel Peace Prize.

By 1986 he became Archbishop Desmond Tutu, making him the official leader and first black cleric to head the Anglican Church in South Africa. During this time Tutu, upped the pressure on the SA government to dismantle Apartheid and used his position to dissuade foreign investment in South Africa, or divestment if already there. This gained him more harassment and surveillance by the security police. But due to the building countrywide and worldwide pressure on South Africa for the rights of blacks and to end these oppressive practices and violence against blacks, the year 1990 dawned into a new age. State President F. W. Klerk freed Nelson Mandela from jail and lifted the ban on the African National Congress (ANC), as well as the other political parties. Though this created an explosion of violence, including the assassination of the prominent leader, Chris Hani of the South African Communist Party (SACP), it also triggered a further emotional outburst from Tutu that had a great deal to do with what eventually occurred in the country.

Tutu, at Mr. Hani's funeral, spoke to the crowd of 120,000 about working peacefully together to end Apartheid, to which they responded by chanting with him: "We will be free! All of us! Black and white together!" Archbishop Tutu said: "We are the rainbow people of God! We are unstoppable! Nobody can stop us on our march to victory! No one, no guns, nothing! Nothing will stop us, for we are moving to freedom! We are moving to freedom and nobody can stop us for God is on our side!" 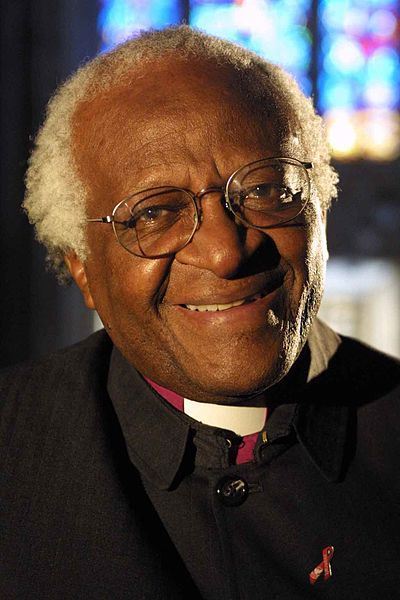 Desmond TutuPublic DomainMany credit Tutu with having been a huge influence in ending Apartheid and then partaking in the setting up and running of the Truth and Reconciliation Commission, based in Cape Town, South Africa, with the hearings starting in 1996. "The mandate of the commission was to bear witness to, record and in some cases grant amnesty to the perpetrators of crimes relating to human rights violations, as well as reparation and rehabilitation. The TRC, the first of the nineteen held internationally to stage public hearings, was seen by many as a crucial component of the transition to full and free democracy in South Africa. Despite some flaws, it is generally (although not universally) thought to have been successful." Tutu said: "There are different kinds of justice. Retributive justice is largely Western. The African understanding is far more restorative - not so much to punish as to redress or restore a balance that has been knocked askew."

Since then he has not stopped defending the oppressed. His social rights activism has led him to fight poverty, racism, sexism, homophobia and the epidemic of AIDS, among other issues. He has been awarded and honored for his bravery, courage, activism and humanity so many times, it would fill a book, so here are just a few: Nobel Peace Prize, 1984; The Albert Schweitzer Prize for Humanitarianism, 1986; The Pacem in Terris Award, 1987; The Sydney Peace Prize, 1999; The Gandhi Peace Prize, 2007; and the Presidential Medal of Freedom in 2009.

I feel compelled to leave you with some inspirational quotes and words of wisdom from Desmond Tutu. Enjoy.

"Do your little bit of good where you are; it's those little bits of good put together that overwhelm the world."

"There are different kinds of justice. Retributive justice is largely Western. The African understanding is far more restorative - not so much to punish as to redress or restore a balance that has been knocked askew."

"I don't preach a social gospel; I preach the Gospel, period. The gospel of our Lord Jesus Christ is concerned for the whole person. When people were hungry, Jesus didn't say, 'Now is that political or social?' He said, 'I feed you.' Because the good news to a hungry person is bread."

"For goodness sake, will they hear, will white people hear what we are trying to say? Please, all we are asking you to do is recognise that we are humans too."

"Without forgiveness there can be no future for a relationship between individuals or within and between nations."

"You don't choose your family. They are God's gift to you, as you are to them."

"At home in South Africa I have sometimes said in big meetings where you have black and white together: 'Raise your hands!' Then I have said: 'Move your hands,' and I've said 'Look at your hands - different colors representing different people. You are the Rainbow People of God.'"

Desmond Tutu Peace Foundation - Mission: Inspire young people to build a world of peace within, peace between people and peace among nations. Vision: Utilize youth as the vessel to achieve peace, by providing them with the resources that enable them to become tomorrow's ethical leaders and peacemakers.
THE ELDERS - Chaired by Kofi Annan, The Elders is an independent group of global leaders who work together for peace and human rights. They were brought together in 2007 by Nelson Mandela. Archbishop Desmond Tutu served for six years as Chair before stepping down in May 2013, and remains an Honorary Elder.
Peace Centre - The Desmond Tutu Peace Centre is a non-profit organisation founded and inspired by Archbishop Desmond Tutu and his wife, Leah. The Centre is committed to creating a society that nurtures tolerance and understanding amongst all people and is guided by the virtues that the Archbishop himself has identified as essential human values and the building blocks for sustainable peace: Love, Hope, Tolerance and Courage.

No Future Without Forgiveness
Desmond Tutu 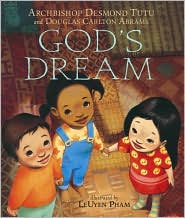