by Josh from Spokane

Sir Edmond Hillary was born on July 20, 1919 in Tuakau, New Zealand. Edmond Hillary is currently 88 years of age and resides in Auckland, New Zealand. He is an avid philanthropist who has spent the last half of his life working to better the lives of others. Over the years he has been involved in such foundations as the Himalayan Trust and The Sir Edmond Hillary Foundation. Although Hillary is well known for his dedication to the well being of others, he is most famous for being the first person to successfully climb Mt. Everest.

As a part of the 1953 British lead expedition, Hillary was given a once in a lifetime opportunity to attempt the summit of Mt. Everest. "At 11:30 on the morning of May 29, 1953, Edmund Hillary and Tenzing Norgay (a Nepalese climber) reached the 29,028 foot summit of Mt. Everest, the highest spot on earth" (Sir Edmond Hillary, 2005). After his historic climb, Hillary was knighted by the British government. "Over the years numerous other honors have been bestowed upon him, including the Order of the Garter in 1995. He was also made an honorary citizen of Nepal in 2003" (Sir Edmond Hillary, 2007).

There are many reasons why Sir Edmond Hillary is important to me. First off, I am an avid mountaineer who looks up to Hillary for being one of the most influential mountaineers in history. Secondly, I am in awe of how selfless he has been in his efforts to improve Nepalese life. I hope that someday I can give back a fraction of how much he has. Lastly, his humility throughout his many accomplishments is something that everyone can learn from. Sir Edmond Hillary is not only a hero to the people of Nepal, but a hero to everyday people like me. 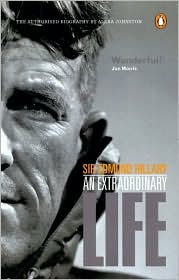 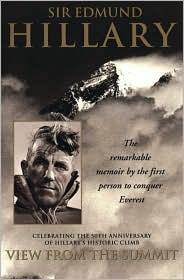 View from the Summit: The Remarkable Memoir by the First Person to Conquer Everest
Sir Edmund Hillary