A concert is not a live rendition of our album. It's a theatrical event.
Freddie Mercury: The King of Rock 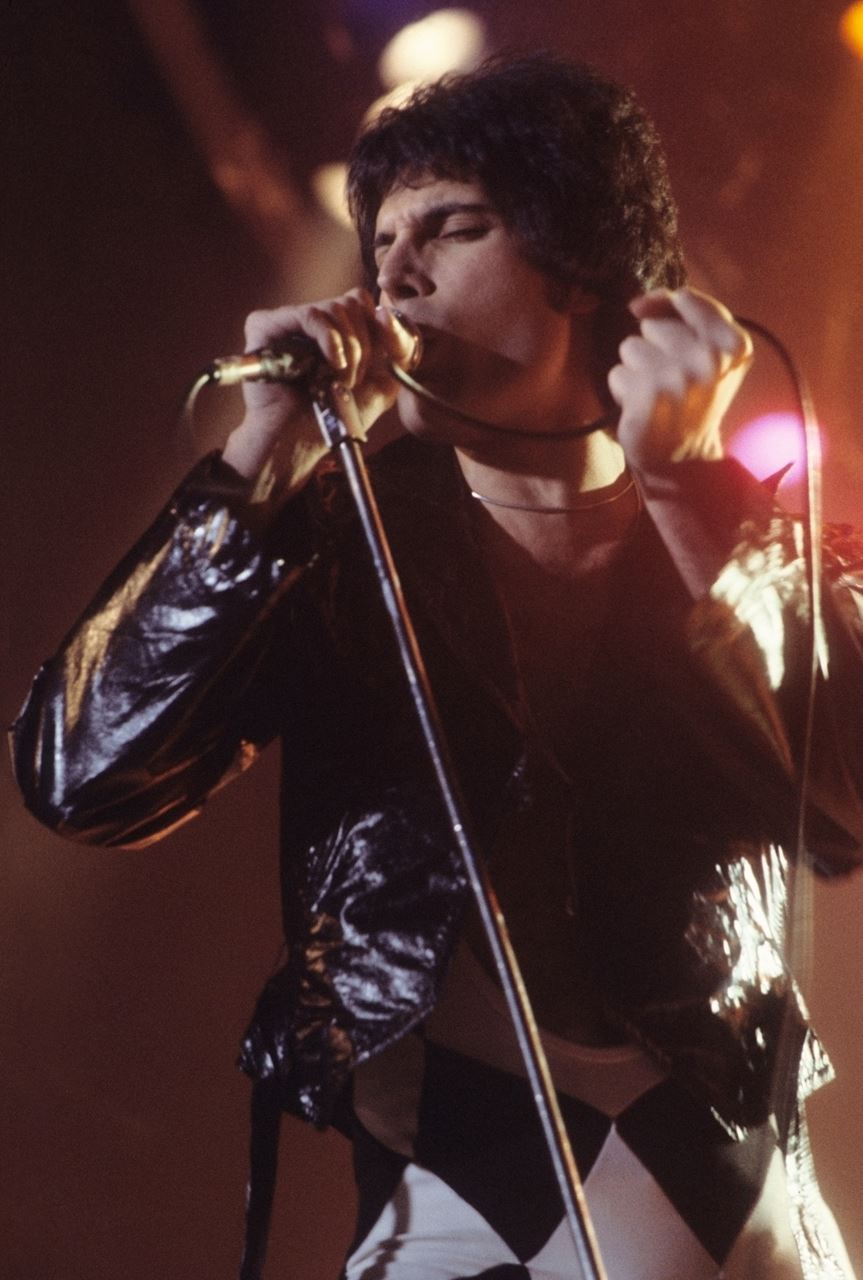 Freddie MercuryCarl Lender derivative work: Lošmi / [CC BY-SA 3.0 or GFDL] via Wikimedia Commons“Don’t ask what the world needs. Ask what makes you come alive, and go do it. Because what the world needs is people who have come alive,” Howard Thurman, a civil rights leader, once said. This quote perfectly personifies Freddie Mercury. Lead singer of the famed band Queen, Mercury was known for his theatrical live performances as well as for his vocal and instrumental ability. He wrote the majority of Queen’s hits, including ‘Bohemian Rhapsody,’ ‘We Are the Champions’ and ‘We Will Rock You.’ Born Farrokh Bulsara in Zanzibar, Tanzania on September 5, 1946, Mercury died of bronchopneumonia caused by AIDs on November 24, 1991 (“Freddie Mercury”). Though often criticized by the press for his over-the-top persona, Mercury strived to be himself and to please his fans. He knew that being the man he was happy being would make him and his fans happy, which was all that he cared about. Mercury’s astounding talent, as well as his ability to not let the preconceptions of others influence him, inspires people a great deal to be their own person and to strive to become the best that they can be.

Mercury’s eccentric stage persona and the way he handled criticism from the press is an important trait that contributes to why he is a hero. He performed so passionately that the audience felt as if they were under a spell. No matter how much criticism he would receive from the press, he would always be himself when in front of fans. Mercury’s live performances were recognized to be “often delivered to stadium audiences around the world. He displayed a highly theatrical style that often invoked a great deal of participation from the crowd” (“Freddie Mercury Biography”). Mercury loved being the exaggerated person on stage. He thrived from of the joy that he instilled in his fans. By letting the crowd participate in his performances, he would feel a closer connection, enhancing the amount of energy in the room. At one point, several magazines started discussing his sexual orientation, led on by his overly flamboyant personality. Mercury always avoided to fully answer when questioned about it by the press. This was because he knew that his sexual orientation being public had nothing to do with the happiness of his fans or his band and was therefore irrelevant. By showing who he wanted to be on stage to the fans and turning his cheek to the press, Freddie Mercury symbolized a lifestyle in which one lives to be the person that they enjoy being.

Mercury’s talent, both with the piano and with his vocals, also contributes to why he serves as a hero. He attended several private schools and eventually trained himself to play the piano when he formed his first band at St. Peter’s School in current Bombay (Short Biography of Freddie Mercury). Without taking any lessons, Mercury became a professional pianist. He played piano in a majority of Queen’s most recognizable songs, giving them an original sound attained by self-taught talent. In the single ‘Bohemian Rhapsody’ released in 1975 on Queen’s breakthrough album A Night at the Opera, Mercury overdubbed his voice, demonstrating his impressive range which spanned four octaves (“Freddie Mercury”). His miraculous voice surprised the public; men normally did not have such range, especially without having a voice coach. He went on to win many awards and many titles that earned him success, including being named one of Rolling Stone’s “Top 100 Singers of All Time.” Through teaching himself how to play the piano and sing, Mercury showed that you can become successful at anything when in the right mindset.

Through his marvelous vocals and his refreshing ability to play the piano, as well as his independent attitude towards the criticism of others, Mercury truly demonstrated the qualities that make a hero. His vocals and piano-playing shocked many, as most people didn’t expect to hear that much charisma generated by him. His opera-like take on the traditional ‘rock concert’, brightly colored clothing, and general aura radiated energy and happiness. He is an inspiration for showing that if someone pursues what makes them happy, in return they will earn the ability to be skillful at it. Freddie Mercury never asked what the world needed. He was simply the person that he enjoyed being and provided the world with a hero.