by Alyssa from Ohio

Study what interests you. Do all you can and don't be afraid to expand into new fields. - Judith Resnik 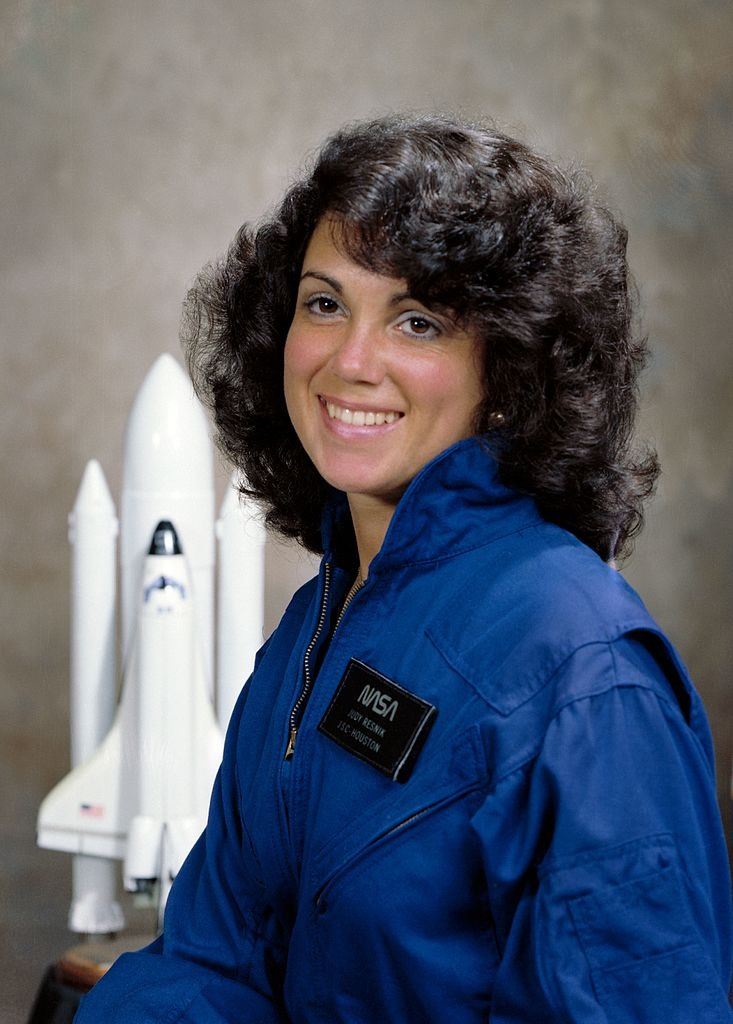 Ralph Waldo Emerson once said, “What lies behind us and what lies before us are small matters compared to what lies within us.” This quote certainly reflects the life of Judith Resnik. It was a temperate day on January 28, 1986, when the space shuttle Challenger was to take yet another mission into space. Judith Resnik, one of the astronauts, was about to launch into space for the second time. Carrying a ring for her nephew, a heart-shaped locket for her niece, and a smile on her face, she entered the space shuttle. She had no idea what was going to happen in the next few minutes. Millions of people watched the Challenger take off, but in a matter of seconds the world grew quiet. The Challenger exploded and took the crew with it.

Judith Arlene Resnik was born in the City of Akron, Ohio, on April 5, 1949. She was the daughter of optometrist Dr. Marvin Resnik and Sarah Polen. Not being an only child, Judith, nicknamed Judy, was always loved and cared for by many. Ms. Resnik attended Fairlawn Elementary School, a public school system, in Akron, Ohio. Since she was Jewish, she attended Hebrew school throughout all of her childhood.

Besides becoming an astronaut, Judy was a biomedical engineer, which took a considerable amount of education and training. She graduated from Firestone High School in the year of 1966. Judith was one of sixteen people who got a perfect SAT test score, the only woman among fifteen other men. Before becoming an astronaut, she obtained a Bachelors Degree in Electrical Engineering at Carnegie-Mellon University in 1970. She also achieved getting a Doctorate in Electrical Engineering from the University of Maryland in 1977.

Judy Resnik was the second American female in space, in the year of 1984. Out of the eight-thousand people who applied, only six were female and one was Judith Resnik. They applied to become an astronaut with NASA, and those that were accepted, soon completed one year of training. Following the year of training, Judith set off for her first mission in space, which was to remove hazardous ice particles from the orbiter, using the Remote Manipulator System. This mission, STS 41-D, took place on August 30, 1984. She logged a total of 144 hours and 57 minutes in space.

Millions of Americans stared at their television screen, stunned, for the Challenger had exploded in take off. The day was January 28, 1986, and it went down in history. Soon after, the cause of the explosion was identified as an O-ring failure in the right SRB. Judy had died at the age of 36, doing what she loved most, flying into space. Because of the way she died, a crater on the moon was named Resnik Crater, after Judith Resnik. Judith Resnik is certainly missed by all of her friends, family, and everyone else that had known the magnificent woman.

A true hero displays certain qualities. They must be brave, always persevere in tough situations, show signs of intelligence, and display determination. Judith Resnik, who lost her life in the explosion of the Challenger, displayed each of these transcendent qualities during her lifetime. She risked her life by taking a chance and going off into space to accomplish a challenging task. I strongly believe that Judith Resnik was a true hero and I respect her for her accomplishments.