by Josephine from San Diego

Widely known as “the father of our national parks” and “wilderness prophet”, John Muir is remembered as a naturalist, an explorer, the creator of the national park system in the U.S., a writer, and an influential advocate of wilderness preservation. Born on April 21, 1838 in Dunbar, Scotland, John Muir immigrated to the U.S. in 1849, where he grew up in the Wisconsin wilderness working on a farm. Everyday, he woke up early in order to study, and had great skill in inventing things. But as his interest in nature grew, he gave up his own inventions “to study the inventions of God”, and help protect it (UXL Encyclopedia of World Biography). John Muir believed that people should protect the lands, waters, forests, and wildlife; he introduced the idea of conservation (World Book Discover). Throughout his life, Muir soared higher and higher with his own wings as he followed his belief in the conservation of nature. John Muir is like an eagle, always working hard, persevering, always flying and unfurling his wings, even in the strongest storm.

Each person’s life is built upon their beliefs and values, which influence their actions. John Muir built his life on his belief in the conservation of nature for nature’s spiritual and transcendental qualities.

Climb the mountains and get their good tidings. Nature's peace will flow into you as sunshine flows into trees. The winds will blow their own freshness into you, and the storms their energy, while cares will drop off like autumn leaves (Muir).

Nature--the golden rays of sunshine reflecting off clear waters, the cascading waters of a waterfall, the lush green plants, the changing of the seasons. Nowhere else can people come across the thrilling sensation when nature’s gusts blow on one’s face, or when nature’s tears rain down leaving the world with the feeling of being fresh and clean.

John Muir understood the beauty of nature and the peace that it could give, but the ever-increasing population demanded more land to accommodate its needs. Gradually, people began to demolish the vast wilderness and slowly vanquished its beauty in order to make way for the development of the land. As John Muir traveled around many countries, exploring places such as California, Alaska, Australia, and South America, he witnessed this and realized the importance of protecting the natural landscape and wildlife (UXL Encyclopedia of World Biography). The world takes nature for granted, never thinking of what would happen if it vanished forever. John Muir saw the forests being cut down, pollution, and men losing their connection with nature because of exposure to cities and the modern world. As a result, Muir decided to dedicate his life to help show Americans the irreplaceable wilderness areas, which, if not protected, would be unavailable for future generations to enjoy and appreciate. The depth of his understanding of nature fueled his devotion to conserving the environment. Muir showed the extent of his dedication by his many actions, such as living in the wilderness away from modern civilization despite his many opportunities to become rich, and the founding of the Sierra Club, a club dedicated to preserving wild lands (UXL Encyclopedia of World Biography). The path that John Muir took was not the easiest or the shortest route, but he took it because he had the opportunity to share his belief and understanding of nature.

Perseverance. Always persevering despite the obstacles, persevering even when nobody listened and nobody cared, John Muir plowed right through the obstacles, and stood firm in his belief to conserve nature. Throughout his life, Muir strove to raise public awareness about the environment, and tried to influence people with his belief that the world is nothing without nature. But, nobody cared if the wilderness was gone, or if it was ruined. Despite this, John Muir constantly went to live alone in the wilderness so he could write about his experiences, the beauty of nature, about what he discovered in it, about the importance of preserving nature, and about the wonder it holds (Regan). His writings encouraged people to visit the wilderness so they could appreciate the beauty for themselves. He claimed that wandering through the wilderness was beneficial to health, calming to the nerves, and that the desire to protect these lands would come naturally to anyone who saw them (Environmental issues: Essential Primary Sources).

In addition, Muir believed in the balance and harmony of nature, and he saw man as part of the natural world rather than being the center of it (Gifford). Everything is connected to each other, so if we destroy one thing, it will affect another. Destroying nature would be like destroying the place where man lives. Muir’s writings played an important role in his conservation efforts. “In the opinion of most observers, the primary importance of Muir’s writings lies not in their literary quality but in the fact that they persuaded a large number of Americans to regard scenic wilderness areas as irreplaceable natural resources which must be protected and preserved” (DISCovering Science). His books and articles influenced many presidents and congressmen to take action to preserve large nature areas. And, many people’s eyes opened to nature’s magnificence, thus greatly advancing the conservation movement. Without Muir’s perseverance and passion to conserve nature, the beauty of Mother Nature would not exist as it does today.

John Muir’s hard work and dedication paid off. During his life, Muir befriended many important people such as President Theodore Roosevelt, and opened their eyes to show how the country was destroying nature. Because of Muir’s influence, Theodore Roosevelt added 148 million acres to the national forest lands and doubled the number of national parks (DISCovering Science). Muir’s efforts also influenced Congress to pass the Yosemite National Park Bill in 1890 to protect Yosemite Valley. In addition, Muir eventually influenced the establishment of the first National Parks and National Wilderness Preservation System (DISCovering Science). National parks are important because they are reserves in which natural land is protected from most development by the government. Without his work, our world would be bleak because nature provides us with a beauty like no other force in the world. There would not be this strange and calming place that holds these unique mysteries and wonders.

Like anyone, Muir’s life also had its failures and problems, but nevertheless, Muir persevered until the end. When John Muir heard about the reservoir planning to be built in Hetch Hetchy Valley in Yosemite, he fought with all his might to oppose it because he believed it would ruin the Yosemite Valley that he loved (Erickson, Alana J, McLean, Lewis). Even though many backed building the reservoir, Muir fought tirelessly and relentlessly against it. However, eventually Congress allowed the reservoir to be built, despite Muir’s opposition. Tired and weary, Muir died one year after Congress approved the reservoir. Even after his death on December 24, 1914, his legacy is still remembered to this day.

Conserving nature, that is John Muir’s legacy. John Muir is forever an inspiration for future generations, and is remembered as the one who showed the world the beauty of nature. His voice still lives on today as many fight to protect the last remnants of nature. He is respected for his perseverance in everything he did. His lingering message to everyone is: “Keep close to Nature's heart... and break clear away, once in awhile, and climb a mountain or spend a week in the woods. Wash your spirit clean” (Muir). Stay close to nature, protect it, enjoy it, and appreciate it. Nature is beauty itself.

Heroes are defined by their goals, by their values, by their character, and by their actions. They provide inspiration, motivation, and show that anything can be achieved as long as we aspire to do our best. John Muir is a hero who loved and dedicated his life to nature. He tried his best no matter the circumstance, and persevered even when huge obstacles impeded his path. His strong belief that nature is an integrated whole, of which man is a part, fueled his effort to preserve Mother Nature. 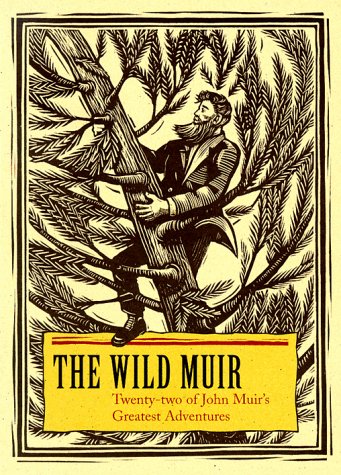 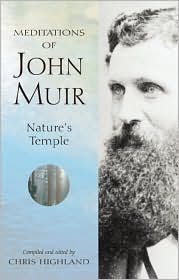 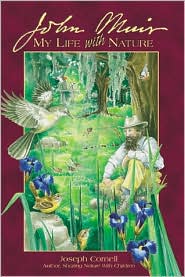