by Valeriya from Newmarket

It is considered that a hero is a person who has done something big and important, and very often we mix celebrities and heroes, but these are different things. One definition of a hero is a person with exceptional bravery. This kind of person gives people an example of how to act in difficult situations, how to be brave and not be afraid of problems. My hero is Marina Tsvetaeva - a brave woman who was a very talented poet and wrote her extraordinary ideas with unflinching honesty and courage. Her poetry occupies a special place in twentieth century Russian literature. Tsvetaeva can be distinguished from several other authors by her sincerity, the intransigence of templates and rules in her poetry and her independent views and assessments. I believe Marina deserves to be a hero.

Marina exemplifies what it means to be a truly talented person. Her poems are reminiscent of the ships conquering the stormy waters of the ocean of poetry. She burst into literature like a squall with her topics, new ideas and passionate new way of writing. As a result, Marina Tsvetaeva is a poet who cannot be confused with anyone else. Her poems can be accurately identified by her special rhythm and intonation. For all her romantic nature, Tsvetaeva didn’t succumb to the temptations of the lifeless, imaginary and meaningless decadent genre of her time. She wanted to be diverse; she looked at poetry from various perspectives. Her talent helped her to become a poet outside of the boundaries of her time.

Even more important than her talent perhaps was the fact that Marina was always honest in her poems, and she opened her heart for a reader. Once she said:

"I do not believe in poems which pour slowly; I believe they should rush from your heart."

She proved this through her own life with poems that burst from her heart. Marina's poems tell about her own experiences in life and her own feelings. She wasn't afraid to open her heart in her poems. Marina was honest with herself, and with her readers. She was honest in her topics. She wrote about love and about revolution; she wrote about the people around her and about her own soul. Her individuality was many-sided and her topics were many-sided as well. Marina also had a gift to be able to admire the talent of others, to be a noble artist and deeply feel the soul in the work of others. A lot of Tsvetaeva’s poems were dedicated to other poets, her contemporaries or predecessors such as Alexander Blok, Anna Akhmatova and Alexander Pushkin. This honesty in her own work and her ability to be honest about her contemporaries made her work even more heroic.

Ultimately, Marina Tsvetaeva is an example of a person with exceptional bravery. She was brave because she was not afraid to publish her honest work. Marina was not afraid of critics or the opinions of others. Also she was brave because her poems were written in a different style for her time. She was writing not like a woman of the last century but more like a man. And lastly, Marina is brave because of the independence of her poems and the way she chose to live her life. Unlike other female poets, Marina fought, through her work, for the rights of women to have a strong character. She rejected all of the established rules about women, behavior and writing styles.

Marina Tsvetaeva deserves to be a hero. She is the star of the Silver Age of Russian Poetry with her brave heart and honest poems. Her individuality and view of the world were contradictory and her poetic world was unique. Marina Tsvetaeva is my hero because she was brave and honest. I think these qualities are very important because one must be brave to achieve one's goals. It is not easy for me to be brave sometimes because I think about other people's opinions too much. One needs to be honest with oneself and the people around her to know what she wants and what she really thinks. I struggle with making a choice based on what other people will think or if I will be honest and open and follow my mind and my heart like Marina Tsvetaeva. I admire Marina Tsvetaeva's bravery and honesty and that is why she is my hero. 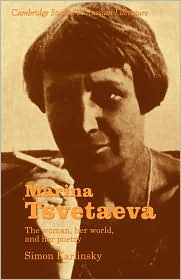 Marina Tsvetaeva: The Woman, Her World, and Her Poetry
Simon Karlinsky 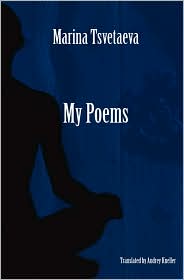