"She is our candle they tried to snuff out.. "Anonymous Pakistani 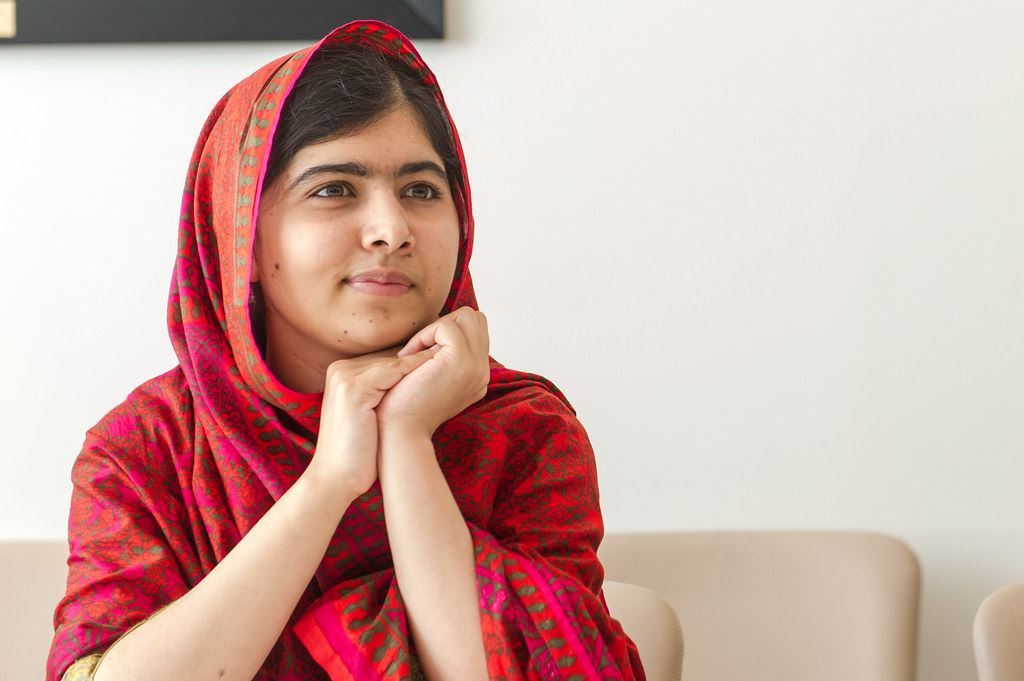 As Malala Yousafzai lay recovering from gunshot wounds to her head and neck, the story of her attempted assassination spread around the world. The attack had been chilling; all this 14-year-old girl wanted was a normal life and an education, and she refused to hide her dreams. But she nearly paid for those simple hopes with her life because she lives in a part of Pakistan where the Taliban are once again seeking control. The Taliban assassins had approached as Malala boarded her school bus. They called her name to make sure they were hitting the right girl, and opened fire at point blank range. Malala and another classmate were critically injured. The shooters justified their actions by distorting the Muslim Koran to repress all women, especially keeping girls away from education. But some observers believe that the Taliban was afraid of Malala because Malala was not afraid of them.

Malala has been called the bravest girl in the world because she kept going to that school despite the death threats that kept coming under her family's door. She refused to stop her blog about life under the Taliban that she established for the British Broadcasting Company. Perhaps one of Malala's deepest "offenses" against the Taliban was appearing on camera in an international documentary film. Malala was awarded Pakistan's prestigious National Peace Prize, and Pakistani police offered her family protection, but Malala's father thought the very presence of the police would remove the last bit of normal in Malala's life. Her family agreed Malala's strongest shield would come from continuing to speak out.

As Malala lay in hospital, a respirator breathing for her, the Taliban issued a statement saying she still deserved to die and vowed to finish her off. She'd been transferred to Great Britain for more sophisticated medical care--but also to be surrounded by round the clock security. Back home, the local Taliban had shut down some 200 schools. The Taliban doesn't just threaten women, judges feel surrounded by them, too. Three months after her shooting, two suspects were arrested, but it is unclear what happened to them after that.

Malala's very body defied the Taliban with her recovery. Her doctors projected that her brain will likely return to normal. Determined, Malala was also able to stand up five months after the shooting. These returning abilities will slowly aim her back toward her simple original goals of that normal life and going to school. Movie star Angelina Jolie started a campaign called "I Am Malala" to spread awareness of her oppression around the globe. The campaign makes clear what a lucky gift safe education is, and that anyone could be a target like Malala. This lovely young teenager was nearly murdered merely for demanding something girls the world over take for granted.

But when all is said and done there is only one Matala Yousafzai. She now wants to be a politician when she grows up. She has vowed to return home to Pakistan. She will have spent nearly a year of her short life recovering from severe wounds. She already knows great pain, breathing tubes, operating rooms, fighting her way back to speech and mobility. She knows how it feels to be targeted by deep irrational hatred. She has defied death threats that are already renewed. Malala Yousafzai is brave, strong, defiant, admirable and amazing. But she is only a tender 14-year-old girl. With her notoriety has come offers of education in safer countries. It is hard not to hope she will take one so Malala can live to remain the world's bravest girl, to keep her candle lit and stack the odds that the Taliban doesn't get another shot at snuffing her out.