MY HERO celebrates the courage and strong principles of education advocate Malala Yousafzai, who stood up to the Taliban and fought for girls' right to education.

"Malala has been called the bravest girl in the world because she kept going to that school despite the death threats that kept coming under her family's door."

Malala is the youngest person to win a Nobel Peace Prize, and on June 19, 2020, she received her degree from Oxford University.

At only 22 years old, Malala Yousafzai has made a name for herself as one of the most influential champions of female education in the world.

Malala has made such a remarkable impact on education; the films about her are used in classrooms around the world. Enjoy these tributes to Malala. The feature film He Named Me Malala is a fantastic piece of work to study in the classroom. See lesson plans and study guides in the links below the trailer.

He Named Me Malala - Official Trailer

This documentary is a portrait of Nobel Peace Prize Laureate Malala Yousafzai. It documents her personal life and her inspiring journey as an activist.

Lessons included in this guide are meant to be used both before and after showing the film, to give students context, to interpret the film, and to examine the issues that Malala Yousafzai cares so passionately about.

He Named Me Malala - Lesson Plans from Journeys in Film

This discussion guide gives you the opportunity to continue Malala's work: to learn about the status of girls' education in the world today, to discuss what you have read about girls' education, to explore resources to learn more, and to seek ways to make a change in your own community and in the wider world.

In honor of Malala Yousafzai, the Pihcintu Multicultural Chorus performs Malala's Song. The 2012 MY HERO International Film Festival was dedicated to this courageous young activist for her vision of a more free and peaceful world, and the will to achieve it.

Faith Middleton accepts her 2012 induction, using the story of Malala Yousufzai to underscore the importance of inspiring and encouraging women and girls to use their voices to affect change.

Student Stories Celebrating Malala from Around the World

By: Harper from Kosovo

"Malala’s biggest accomplishment in life was that after she got shot she would still fight for education and would not give up, even if that meant getting hurt again."

By: Lucia from Taiwan

"Due to her bravery and power, people started to value issues for the nearly 600,000 out-of-school children worldwide."

By: Anne Flythe from the United States

"Through activism and confidence, people like Malala Yousafzai could overcome these tests of character and pursue their passions through drawing attention to the problem they wish to fix."

By: Marta from Croatia

"She gives people opportunities to do some amazing things, like learn, love, and laugh."

By: Kaitlyn
Kaitlyn McFarland was a finalist in the Mattie T.J. Stepanek Poetry Contest for her poem about Malala: Fought for peace, /Justice and truth, /Wanted to do more, /To educate youth.

Kaitlyn was a finalist in the Mattie J.T. Stepanek Poetry Contest for her poem about Malala

Malala Yousafzai's activism at an early age has inspired a variety of portraits commemorate her work. Through these portraits we see both her youth and her bravery in the face of adversity.

An artist activist from San Diego, California, honors Malala in this tender portrait.

Malala has really impressed this student, with her bravery and unselfish nature. She acts courageously to help other young women.

Malala, Advocate for Global Girls Education, is painted simply and directly by a young girl from Laguna Beach, California.

By: Arushi V.
This poster shows us a representation of the activist Malala, who worked to try to give girls in Pakistan the opportunity to go to school. Malala was born in a place where girls were unable to get an education.

By: Annika Shah
Malala continued to share her message of peace and education throughout the world, and meeting many different special people. 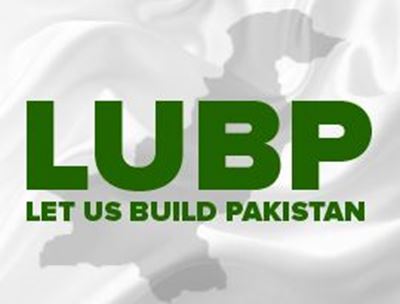 Let Us Build Pakistan - Excerpts from Malala's Diary from 2009.

A seventh grade schoolgirl in the north-western Pakistani district of Swat has been writing a diary after Taleban militants there ordered schools to close as part of an edict banning girls’ education. The ban was lifted in February, but before it was revoked militants seeking to impose their austere interpretation of Sharia law destroyed about 150 schools within a year. This extract of her diary covers the days after the Sharia law deal between the government and the militants.

Support The Malala Fund - The goal of her organization is to enable girls to complete 12 years of safe, quality education so that they can achieve their potential and be positive change-makers in their families and communities.

Journeys in Film harnesses the storytelling power of film to educate the most visually literate generation in history.