by Ben from Hillsborough

"The hero is one who kindles a great light in the world, who sets up blazing torches in the dark streets of life for men to see by." -Felix Adler

This quote means that a hero is someone who stands as a strong role model for others. They serve as examples of how to live our lives and better ourselves. This quote applies to Richard Byrd because he was a national hero as one of the earliest pioneers of aviation. He was an inspiration for the people of his country through his accomplishments in geographical exploration. 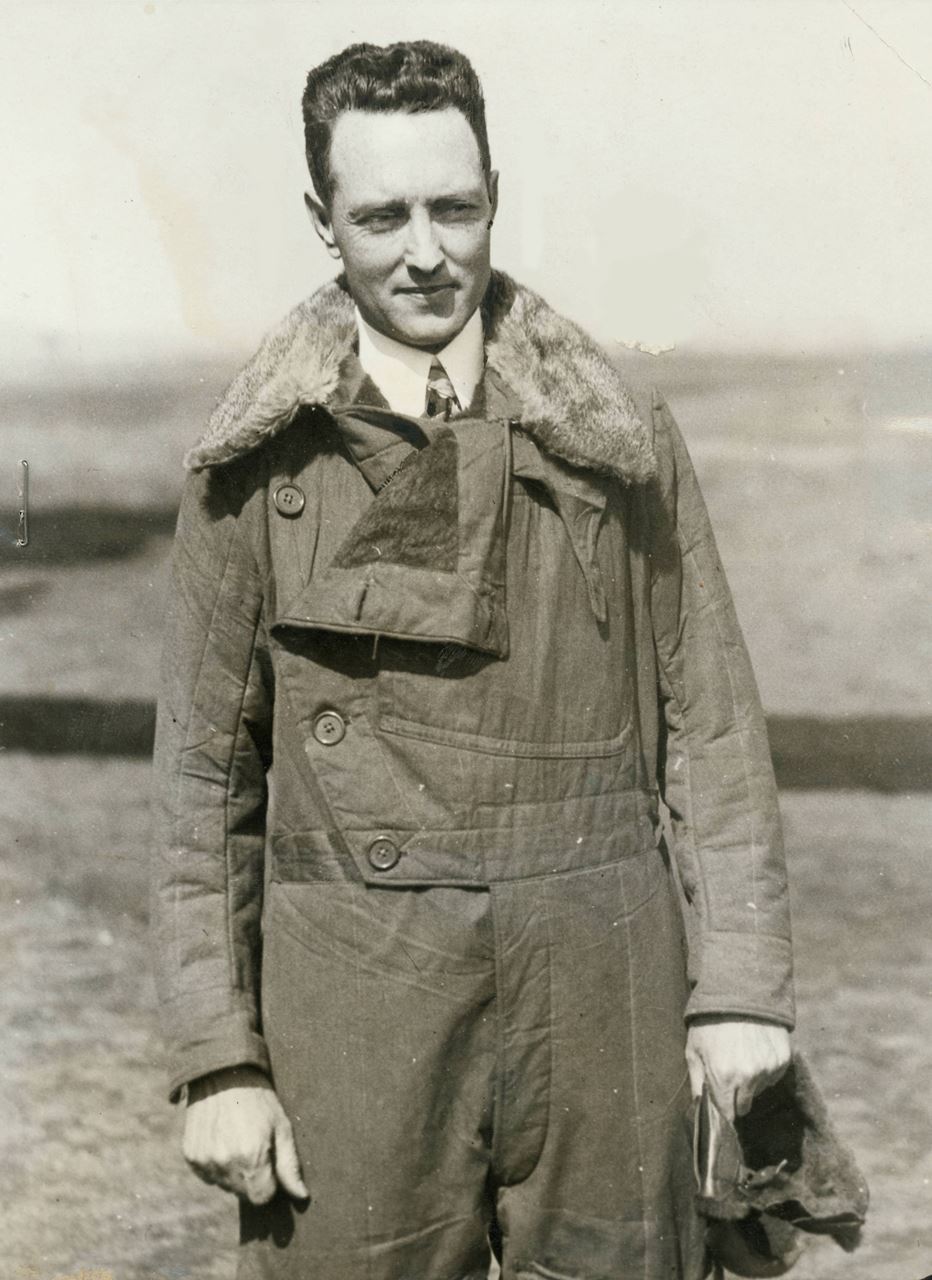 Richard E. ByrdWikimedia Commons [Public domain]Richard Evelyn Byrd was born in Winchester, Virginia in 1888. He graduated from the United States Naval Academy in 1912 and in 1917 he joined the naval aviation service. In the early 1920's he petitioned the Navy for support in attempting the first flight across the Atlantic (A feat that would be accomplished by Charles Lindbergh in 1927. He was unsuccessful, but he did not give up on his hopes of becoming a great aviator. In 1926, Byrd and his copilot, Floyd Bennett conducted the first flight over the North Pole. This feat has been questioned since then and has been the source of much controversy, but whether Byrd actually made it to the pole or not, what matters is that his country saw him as a hero after the flight. The North Pole flight launched a long career of aviation and exploration for Byrd. He was a brave, strong leader who led is men and navigated aircraft with fluid efficiency.

At the time that Richard Byrd conducted his polar flights and expeditions, the media was extremely important. For an explorer to receive funding and the attention of the public, they needed to sell the rights to the story to media companies, who would often sensationalize the stories in order to increase sales of newspapers or boost the listeners of a radio program. Because of this, geographical exploration was extremely glamorized. The support of these media organizations was crucial during the great depression in the 1930's, when poverty and unemployment spread across America like fire. Byrd was able to secure funding for continued expeditions thanks to the media deals and he remained an American icon through the troubled decade. Aside from the constant struggle of dealing with the media and maintaining his public image, Byrd faced life-threatening dangers on all of his flights and expeditions. Getting lost would mean death from starvation or the freezing cold.

Despite these obstacles, Richard Byrd continued his work and in his life he flew over the North and South Poles and conducted four large-scale expeditions to the continent of Antarctica. On these expeditions he set up and maintained the research base Little America. This set Antarctica as a continent for multinational scientific research and cooperation. His efforts to continue his expeditions during the Great Depression provided inspired his country when it was needed most.

Richard E. Byrd was an American hero because he kept to his vision and continued to work towards his goals throughout his life. He inspires me to follow my dreams and achieve my goals. He inspired people across the country and opened people's eyes to the worlds of aviation and exploration. His achievements have paved the way for countless explorers who have followed in his footsteps, and that is the true meaning of heroism.