Even as a child, Roxanne Kremer was a risk-taker and an adventurer. One of her earliest memories is of falling into a whirlpool in a creek on the family farm. “Roxanne,” her mother said to her after a last-minute rescue, “God has much work for you to do. That’s why He has saved your life so many times!” Years later Kremer would discover what that work was.

In 1982, Kremer, now a naturalist, journeyed into the Peruvian rainforest in search of the rare and endangered bufeo colorado, or pink Amazon River dolphin. At the mouth of the Yarapa River, an Amazon tributary, six of the creatures surrounded her boat. “I had been warned not to even put my hands in these waters because of the danger of a sudden and violent piranha attack. That adventuresome spirit of my childhood took hold once again. When I saw the dolphins, I felt as if they were trying to communicate with me, and I plunged into the water to swim with them.”

Moments later, Kremer saw a dangerous-looking gray fin heading right toward her – a bull shark. The dolphins surrounded Kremer and pushed her to safety, then turned and attacked the shark, ramming it with their long noses. “The pink dolphins had saved my life,” Kremer says, “and I made a commitment to do all I could to protect them.”

The dangers facing the pink dolphins were many. Hundreds of them died every year in commercial fishing nets. Others were often shot as a threat to the local fishing supply. Still others were killed for their body parts, thought by local tribes to have magical powers. Locally, it seemed to Kremer, the creature was headed for extinction.

She returned to the U.S. and sold the 4,000 acre family farm she’d inherited with the understanding that the land would never be developed. Kremer then used her inheritance to buy 3,750 acres in the Peruvian rainforest. There she built an educational student and tourist research lodge called Dolphin Corners. She encouraged the local mestizo Indians to make baskets, jewelry, and carvings of the pink dolphins to be sold to the lodge’s tourists. Kremer also started selling the crafts herself on return trips to the U.S. “This concept makes the dolphins … more economically important alive than dead,” Kremer explains, “and at the same time it puts food on the kitchen table at a village level."

In 1986, Kremer established ISPTR (International Society for the Preservation of the Tropical Rainforest) and PARD (Preservation of the Amazon River Dolphin) and began accepting donations. Working with the mestizo, she established a pink river dolphin preserve and even began convincing local governors to ban commercial fishing on the Yarapa River. By 1998, her work had begun to pay off. The pink dolphin population in the Yarapa was up from eight to between 35 and 45.

Still, experts say a rainforest area the size of Texas is destroyed each year and Kremer, through ISPTR/PARD, is extending her work to the rainforest’s other inhabitants as well. Dolphin Corners now includes a 24-hour outpost medical clinic for local tribes as well as an orphanage for animals whose parents have been killed by hunters.

But Kremer says she can only do so much without additional funding, so ISPTR/PARD has set up several unique ways to help. Through the website, donors can choose to sponsor an animal in the orphanage with a yearly donation or protect an acre of rainforest for $35 annually. Visitors to the site can also purchase arts and crafts made by the mestizo tribe through an on-line form.

Though at times, Kremer admits, her goal seems like an overwhelming one, she is not giving up on the wildlife of the disappearing rainforest. Says Kremer, “I face each day and any challenges with hope, remembering what my mother always told me, ‘If you don’t have dreams, how can you make them come true?’” 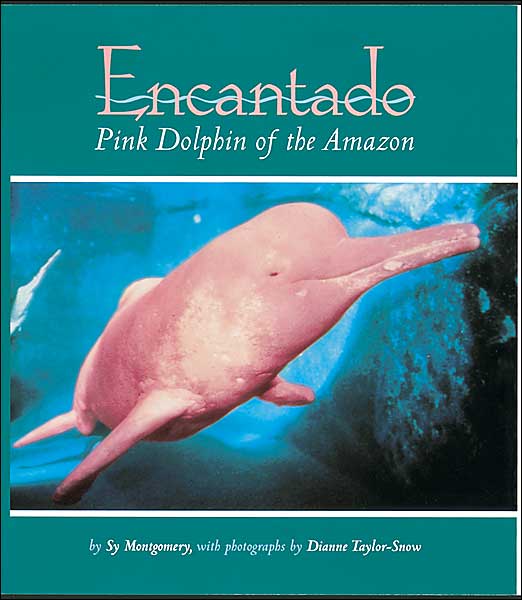 Journey of the Pink Dolphins: An Amazon Quest
Sy Montgomery

In the Rainforest: Report from a Strange, Beautiful, Imperiled World
Catherine Caufield