"I am proving that anybody can achieve the extraordinary, if only they have enough guts and determination and sheer bloody-mindedness to see it through." 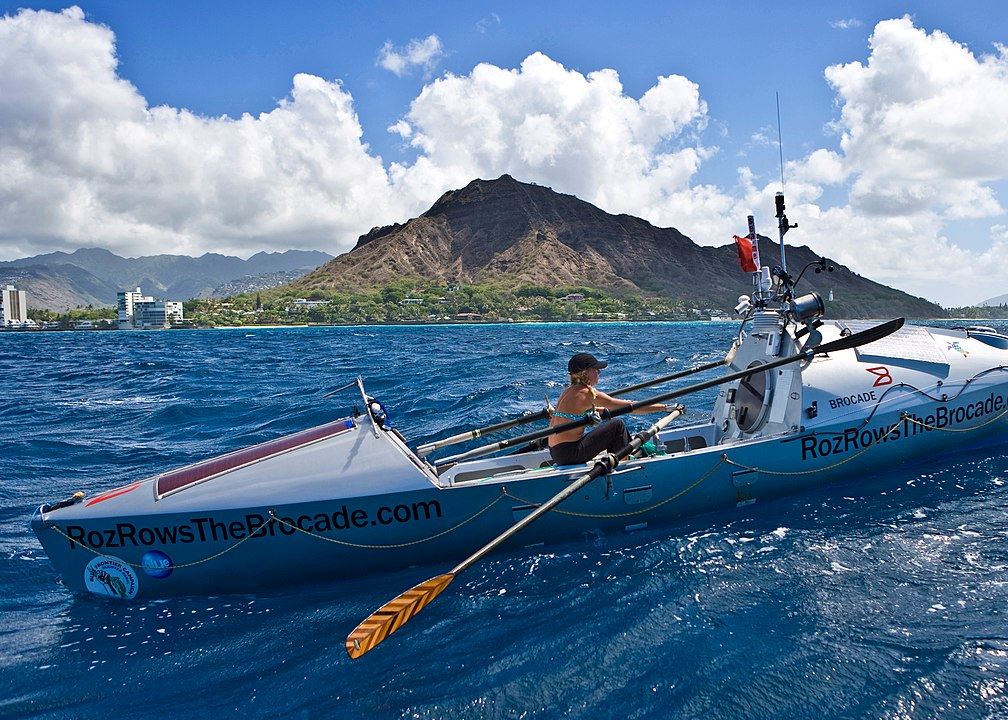 In 2000, Roz Savage was 33 years old and was living a perfect life. She was married, worked as a project manager at an investment bank, had a home, and a little red sports car. However, by 2003 she was stuck in corporate job rut and was struggling with an unraveling marriage. She felt unfulfilled, and every day on the commuter train to her office she would wonder if this was what life was all about.

One day, she was reflecting on her life and decided to write two obituaries. The first obituary was the one she hoped to have, the kind of obituary that is written about adventurers, risk takers, and people who seemed to have lived many lifetimes in one. Savage admired these people because they had the guts to try a lot of things, and even if they failed, they didn’t care what other people thought of them. The second obituary was for the life she was currently leading – a conventional, ordinary life that had its moments of excitement, but was safely within the confines of normality. She was shocked by the difference between the two, and decided that something must be done.

Savage slowly began shedding her old life: she ended her marriage, quit her job, and sold her house and sports car. She moved into a tiny cabin on a barge on the Thames, then a Dickensian garret in Richmond, then an office in Battersea, each time leaving behind some of the possessions that had been weighing her life down. She trimmed her life down to the bare necessities, and realized that living her life according to her values made her happier than her large income and possessions had. However, she needed a project on which to focus her energy. Savage decided to row the Atlantic Ocean.

In 2005, Roz Savage found herself sitting alone in a 23-foot rowboat with a watermaker, dried food supplies, a satellite phone and a laptop, competing in the 3,000 Atlantic Rowing Race. While at sea she faced 20-foot waves, survived being capsized 3 times in 24 hours, and nearly died of dehydration. She spent 103 days at sea with whales, dolphins, sharks, and turtles, and admired the beauty of sunrises, sunsets, and the night sky. It became clear to her that if we wanted our planet to look after us, we would have to look after it as well.

She started a blog, with the intent of getting her environmental message out and showing the world what an ordinary person can do if they put their heart and mind to something. Roz Savage became a motivational speaker and an environmental campaigner, challenging people to live in a more environmentally conscious way. In 2009, she started the Pull Together Challenge to unite her supporters to combat climate change. She rowed solo across the Pacific Ocean, and walked from London to Copenhagen to address a climate change conference. As part of her initiative, she encouraged her supporters to reduce CO2 levels by driving less and walking more, and challenged them to match her 10,000 oar strokes a day with 10,000 steps.

Roz Savage is committed to taking immediate action to reduce global CO2 levels. She is using blogs, photos, videos, and social networking websites to connect people around the world and to demonstrate that every action can make a difference. Roz Savage is actively seeking sponsorship for the Indian Ocean row 2011, and to create the Ripple Effect Endowment Fund (REEF), which will support her ongoing environmental campaigns and nurture the young environmental activists of the future. You can help Roz Savage row towards a greener future by making a donation.