by Jack from San Diego 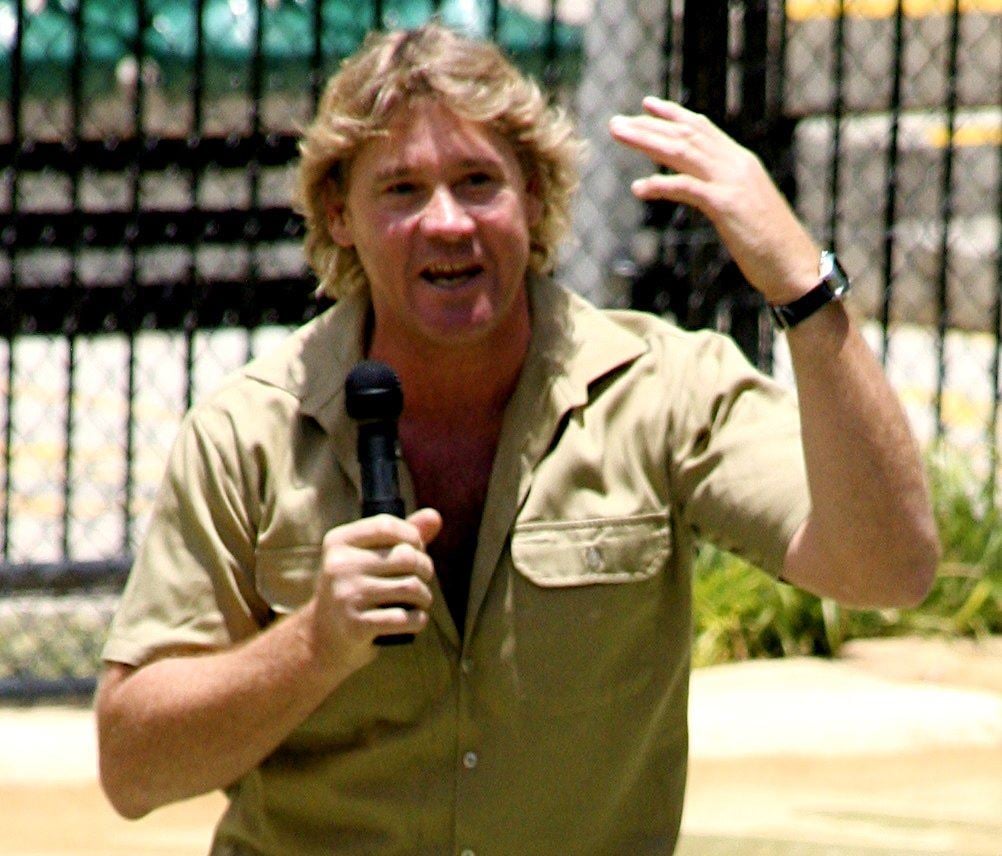 Steve Irwin (https://commons.wikimedia.org/wiki/File:Steve_Irwin.jpg)People in the modern age often typecast others based on fairly little interaction or extended thought. Regularly, people such as the "Crocodile Hunter" Steve Irwin, were only seen as an extension of their title. In his case, a wild man that went around handling dangerous animals. Most people don't know anything more, nothing of his background or good deeds. "His father, a reptile enthusiast, decided to pursue his interest as a career and moved the family to Queensland in 1970 to open a small reptile park at Beerwah on the Sunshine Coast"("Steve Irwin"). "As a child, Irwin shared responsibilities in running the family business, growing up with all kinds of animals. He took part in their daily care, feeding, and maintenance"("Steve Irwin"). "It seemed clear from an early age that he would someday take over the zoo. When Bob Irwin retired in 1991, responsibility for the day-to-day operation of Australia Zoo passed to Steve, which by 1999 had grown to hold in excess of 550 animals within its 16-acre compound"(Steve Irwin). "Irwin, known for creeping dangerously close to crocodiles, was once asked what he wanted to be most remembered for. He replied, "Passion and enthusiasm""(York). Such a man could be considered a hero; given one definition for a hero is someone who has the qualities of passion, bravery, and caring. Passion in what they do, bravery that defies fear, and caring that encompasses all. If these are the necessary traits of a hero, then Steve Irwin must be a one. He possessed passion for his work in helping protect and conserve wildlife in his family's zoo, like his parents did. He bravely caught and relocated dangerous animals for their own protection from humans and he cared for all animals and his family.

Steve always had been a very active and lively person from the time he was a child, always passionate for animals. He did everything he could to help any animal that needed help. "...at the tender age of six and would often arrive late to school after convincing his mother to pull over so he could rescue a lizard off the road"(www.australiazoo.com). Lots of kids have compassion for nature. An example of this is the sympathy that an injured puppy or kitten conjures. Many kids however, do not feel an overwhelming urge to save animals the way Steve did. His sense of responsibly for all life defined him. Once he was an adult, nothing changed. When he met Terri Raines, who loved animals as much as he did, they made animals their life. "Instead of a honeymoon, the couple embarked on filming a wildlife documentary with John Stainton from the 'Best Picture Show' company"(www.australiazoo.com). They had a passion for conservation and protection, for crocodiles in particular. They made a documentary about catching and relocating them. In order to protect the crocodiles, they hoped the film would let people see how crocodiles are worth protecting. Further more, that crocodiles are actually under siege by poachers and uninformed, scared people. Steve was determined to devote his life to change that perception with the help of his wife. He was passionate because he always risked his life for wildlife.

Steve was born into the life of crocodiles and other dangerous reptiles. His dad was a herpetologist who owned a small zoo in Queensland, Australia, the dangerous animal capital of the world. And from that, he had to become brave very quickly because soon he was out catching crocodiles with his dad. "By the time he was nine-years-old, he was helping his dad catch small problem crocodiles hanging around boat ramps by jumping on them in the water and wrestling them back into the dinghy"(www.australiazoo.com). Crocodiles are the apex predator in Australia, not something people usually dare to temp. And even as a child, Steve went out with his dad to catch them with his bare hands. Their job was to catch and relocate the crocodiles that people where concerned about before someone shot them. A typical crocodile that Steve would have caught would often be a juvenile that was bothering fisherman at the dock, cleaning their fish. The juvenile would try to steal the fish from them, coming close to the fisherman. Although these crocodiles only needed shallow water removal with the help of his dad in the beginning, Steve would soon be fearlessly doing the same job without the assistance of his dad, with larger crocodiles, and deeper water. ""We go out at night with a million-candlepower spotlight, shining bright across the water," he said. "That way, I can pick up the eye-shine of the crocodile. right at the surface of the water." Idling the dinghy, bringing it up quietly in closer and closer to the croc. He'd creep to the front of the boat and hold the spotlight until the last moment. Then he would leap into the water. Grabbing the crocodile around the scruff of the neck, he would secure its tail between his legs and wrap his body around the thrashing creature. Even a six foot long sub-adult would easily take Steve to the bottom of the river. But Steve would hang on. He knew he could push off the bottom, reach the surface for air, flip the crocodile into his dinghy, and pin the snapping animal down. "Piece of cake" he said""(Terri Irwin). In time going out with only his dog, Sue, Steve was wrestling crocodiles at night that could be six-foot long or larger. He was also now in the deep parts of the river where they could drag him down to the bottom. This being extremely dangerous work, only showed how strong he was. The fact that his morals were what drove him only contributed to his strength. Steve was an amazing man that used his skill and bravery to help animals that were to intimidating to most, but just as in need.

Steve cared for all of life and especially anything he was responsible for, like every animal at his zoo and his family. At an early age, his dad, Bob Irwin, set Steve to work helping maintain all the animals at their family zoo. "At an age when most children simply feed their pets prepackaged food, young Irwin kept busy catching fish and rodents to nourish his snakes and crocodiles"("Steve Irwin"). Most kids do not have zoos or parents that devoted their lives to animals. So it could falsely write-off Steve's good deeds to the situation. However, he could have just as easily decided to only do what was asked of him. Instead, he decided to go above and beyond, going out to catch the best things for the animals. He wanted the best for all the animals, overall, because he cared. Steve's love was not exclusive to animals though. In this firsthand account from his wife Terri, she recounts how they first met: "That evening he put me up at the Glasshouse Mountains Motel, a few miles from the zoo. The next night Steve and I went to dinner in Caloundra, a nearby town. He took me to a resort that featured an all-you-can-eat buffet dinner-seafood banquet, my favorite. At one point a little piece of crab flicked onto the crook of my arm... He looked at me with such love in his eyes, and I thought, He's going to say something wonderful. Steve leaned in and said affectionately, "Gosh, you aren't ladylike at all." I burst out laughing"(Terri Irwin). As she seems to remember quite fondly, Steve showed caring in all the little things he did to make her happy. From the hotels to the dinners and jokes, Steve was a very kind hearted person. In the instance where Terri thinks she has embarrassed herself, he surprises her with understanding and loyal honesty. This all seems to be what she finds caring, making Steve a thoughtful person.

A hero may embody many traits including passion, bravery, and caring. If these are the necessary traits, then Steve Irwin is, in all regards, a hero. The "Crocodile Hunter", Steve Irwin, was much more that the Australian Tarzan. He was a man that was passionate about his work with animals. He was brave by going to any lengths to save them. And he cared for all over whom he watched, whether it be his zoo or family he always provided the best care possible. Steve is an inspiration because he worked hard from an early age, to the end of his brief life, to protect animals that needed his help. He also was a very admirable person that was kind at heart and full of enthusiasm and passion. What I find most inspiring about him though, is that he was strong but willing to be harmed by the animals he protected everyday. Steve is an immortal hero because he embodies both the powers of strength and compassion. These traits allowed him to extend past himself to help those in need, not stopping until he succeeded, which is one of the best kinds of heroes.