by Andrew from San Diego 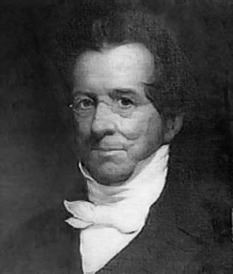 Thomas Hopkins GallaudetGeorge Frederick Wright [Public domain]Thomas Hopkins Gallaudet brought the only method of communication available at the time for the deaf to the United States and with this, created the first school for the deaf and dumb and blind in America. Gallaudet used his life to show others how to do something extraordinary while being simply ordinary. Graduating in the top of his class at Yale University at age 15, Thomas Gallaudet would grow up to become a man who could achieve what was labeled impossible. Gallaudet was born on December 10, 1787 and grew up in Connecticut. He later died on September 10, 1851. He studied the disabilities which prevented deaf and dumb and blind children from learning. Gallaudet would later travel to Europe to begin his search for the answer to America's problems. He was just an ordinary man but he was looking out for the interest of others which made an extraordinary difference to many people in the United States. A hero does not necessarily have to obtain "superpowers" but simply have a desire to make a difference in the world and continue to act upon their ambition. Some characteristics famous 'heroes' possess are selflessness, being open-minded, and a desire to overcome their limitations. Thomas Hopkins Gallaudet acted selflessly and kept an open mind when it came to achieving the impossible and overcoming his limitations.

Despite many health complications, Thomas Hopkins Gallaudet served others because he knew they were less fortunate and it was up to him to help them. Thomas Gallaudet showed others how to overcome limitations and could use multiple different experiences from his life as example: "The family moved to Hartford when Thomas was thirteen, and two years later the boy entered the sophomore class at Yale, where he graduated in 1805. After a year in the law office of Chauncey Goodrich and another two years as a student of English literature and composition and as a tutor at Yale" ("Thomas Hopkins Gallaudet."). Gallaudet exceeded any and all expectations and entered Yale at the age of 14 or 15 and graduated in the top half of his class, showing people that they can do anything they want if they have the goals to achieve it. This was the beginning of Gallaudet's achievements and showing people they too can overcome their limitations. Thomas Gallaudet recognized that everyone is an individual and humans don't all learn the best in the same way and this is reflected in his teaching style: "There were different methods of teaching deaf children, each with their own staunch partisans. Gallaudet had learned the "silent" sign language method in Paris. Others followed the "oral" method, which involved lip-reading and teaching the deaf to speak. Realizing different people have different learning styles; he refused to be limited to one method and instead blended aspects of all the schools into his own style." ("Innovator Thomas Gallaudet Show Us A Sign: His dedication helped standardize deaf communication."). Gallaudet understood the importance of helping others in any and every way which is why he didn't limit the teaching style at his school, The American School for the Deaf. With his ever-changing styles of teaching and learning new methods for success, Gallaudet established the greatest school for the deaf and dumb and blind in the United States. Thomas Gallaudet used his life as an example and inspiration for others to show them that they too could overcome their limitations.

Thomas Gallaudet remained open-minded throughout his career and as a result he established one of the most successful schools for the deaf and dumb and blind. Gallaudet recognized that because of limitations some people couldn't take the same opportunities as others: "Gallaudet met a young deaf girl, Alice Cogswell, who was the daughter of the noted surgeon Dr. Mason Cogswell. At that time, no formal facilities for the education of the deaf existed in the United States. Gallaudet attempted to teach Alice himself, and, although he did have some limited success teaching her to spell a few words, he recognized the need for more effective education for Alice and other deaf children" (Reagan, Timothy. "Thomas Hopkins Gallaudet."). Thomas Hopkins Gallaudet took it into his own hands to bring a method of communication back to the United States to help children like Alice learn. Being open-minded is the only way that Gallaudet could have succeeded and thanks to his patience, children could begin to learn in the United States no matter what limitations they might possess. Gallaudet traveled to England to find a method of teaching the deaf and dumb and blind because the United States didn't currently have one. While there, the Braidwood Academy, who were the leading experts in this field of science, would only let Gallaudet learn their method after three years of apprenticeship, and then could not share it. The restrictions demanded by the Braidwood Academy were unacceptable to Gallaudet: "He remained hopeful, however. While still in London, he met Abbé Sicard, a French teacher of a controversial new form of communication -- sign language. Sicard invited him to come to a demonstration of the teaching method given by himself, Jean Massieu and Laurent Clerc" ("Innovator Thomas Gallaudet Show Us A Sign: His dedication helped standardize deaf communication."). As a result of his optimism, Gallaudet found a method of teaching the deaf and helped teach hundreds of kids in the United States. 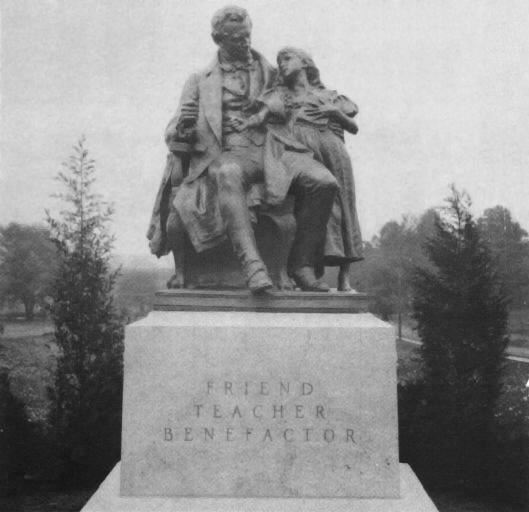 With his normal everyday characteristics and behaviors, Thomas Gallaudet achieved the "impossible" and showed others how they could overcome their limitations. By remaining open-minded, Gallaudet could achieve his goals and overcome limitations because he wouldn't let anything stop or discourage him. Selflessness is another key factor in Gallaudet's success and his motivation for helping others. Because Gallaudet focused on others, it gave him a goal which he accomplished and with that achievement, helped thousands of people in the process. Thomas Hopkins Gallaudet used his life to inspire others. "Shortly after his return, (England) and with the help of Cogswell and others, Gallaudet successfully established the Connecticut Asylum for the Education and Instruction of Deaf and Dumb Persons, which began operating in 1817. The Connecticut Asylum--later renamed the American School for the Deaf--was the first free school for the deaf in the United States" (Reagan, Timothy."Thomas Hopkins Gallaudet."). Gallaudet is considered a hero to me because as a deaf person myself, without the new technology in the world today, I would rely on his research to help me learn every day. The things which Gallaudet went out of his way to do showed how he cared about others and what lengths he was willing to go to in order for everyone to have a fair shot at life. What Gallaudet did was not done by someone extraordinary but by someone who wanted to make an extraordinary difference.

Disability History Museum - The Disability History Museum fosteres a deep understanding of how laws and policies have shaped and influenced the experience of people with disablities.
World Federation of the Deaf - World Federation of the Deaf supports and promotes the many human rights, with a focus on Deaf people who use sign language, and their friends and family

"Think you of the fact that a deaf person cannot hear. Then, what deafness may we not all possess? What senses do we lack that we cannot see and cannot hear another world all around us?"
-Frank Herbert