by Gardiner from Waitsfield

Deep in the Adriatic, a small U-5 boat maneuvered through the dark, cold sea. It was one of earliest submarines, still in the experimental stages, unwieldy and unsafe. Exhaust gasses swept through the boat causing the crew to get sick. The periscope could not be raised or lowered, so the boat had to move up and down in order to use it.

In command of this submarine was Linienschiffsleutnant (Lieutenant Commander) Georg Ritter von Trapp with his international crew of Slovaks, Poles, Magyars, Austrians, Croats, Czechs, and Italians. He patrolled the Mediterranean waters. Then, someone spotted the menacing French cruiser Leon Gambetta. Von Trapp gave the order to load the torpedo bays as the crew scrambled in the tiny boat. All was silent.

A direct hit. The majestic ship was crippled. The 12,500 ton vessel foundered, then sank under the blue-black waves with its entire crew of 680 men. This was a victory for the Austro-Hungarian empire.

Captain von Trapp had been born and brought up on the seashore, hearing stories of his father's days in the Navy, and it was one of his passions to be near the ocean. Later on, he earned his first decoration fighting in China during the Boxer Rebellion. He always showed much courage and cunning when he fought.

Captain von Trapp was always interested in submarine warfare because of his love of the sea. Later on, he successfully applied to be transferred to Fiume where most of the newly invented torpedoes were being manufactured, a move that would affect the course of his life.

While he was in Fiume, he was offered command of one of the first submarines that the Austrian Navy put into service. The submarine was christened before it was officially put into service and the woman who christened it was Agathe Whitehead, granddaughter of Robert Whitehead, inventor of the torpedo and owner of the torpedo factory. When the submarine was christened, Captain von Trapp's heart was captured by Agathe. Before long, they were married.

When The Great War broke out, Captain von Trapp went into action. He patrolled the Adriatic Sea and crippled many enemy ships. After sinking the Leon Gambetta, he sank the Italian troop transport ship Principe Umberto, drowning 2,000 soldiers. Later on, he switched to a U-14 submarine that was captured from the French in 1915. With this submarine he sank the largest enemy merchant ship, Milazzo, a 11,480 ton Italian transporter ship.

Many times, Captain von Trapp took initiative at the risk of his own life, sometimes even against orders. He soon earned the rarest decoration Austria can give, the cross of Empress Maria Theresia. It is the highest award an Austrian officer can receive in a time of war. He was also granted the title of Baron.

Soon, the Great War was over, and Austria had been defeated. It was stripped of its entire sea coast and the Imperial Navy was no more. Captain von Trapp was without his beloved ship.

The only other thing he loved as much as his ship was his wife Agathe, but a sudden epidemic of scarlet fever in 1922 killed her. This was a very sad time for Captain von Trapp, of whom his second wife, Maria, later wrote that "half his life had died with the Navy. Of the other half, most seemed to be buried with Agathe"(von Trapp, 1957). Yet, he continued to be a good father to his children.

When in 1918, he returned from the war, his children were overjoyed to see him. One of the memories is of Captain von Trapp playing Indians with the children in the garden. "I remember he tied my oldest brother to a tree...He was really a father. And he was always with us. He took us on trips to the woods and showed us how to make fire without matches. He made us beads for our dolls. We were in his study all day long playing house, turning the whole thing upside down." Captain von Trapp took on the difficult task of raising a family alone, and did so with courage and patience. He raised his children to be musically inclined. When one of his daughters fell ill, he hired a nun from a local convent to nurse her. Maria Kutscher continued the children's musical education and taught the children to sing as a chorus. She and Georg von Trapp fell in love and married in 1927.

When the banks in Europe crashed, in 1932, the von Trapps lost most of their money. The children needed to take on jobs in order to contribute to the family income. They did not mind having to work, but it put the family in a bad position when, in 1938, Hitler's storm troopers marched across the Austrian border and claimed the land as Nazi territory. For many of the upper-class militaristic Austrians, Hitler's coming was welcomed, but for Captain von Trapp it was a nightmare. One family member writes: "We were very much aware of Hitler and what he was doing in Germany. And my father was horrified. Hitler was full of promises, but in Germany he already had killed Jews and Christians and anybody who challenged his word. He played God" (von Trapp, 1999).

The trouble in Austria escalated, and the family was unable to leave because of the lack of money. They found that they could earn money by performing songs and eagerly accepted an invitation from the Chancellor in Vienna. This performance brought them fame, and soon they were receiving invitations to sing all over Europe. Even Adolph Hitler asked the family to sing at his birthday party, but Captain von Trapp turned down the offer. Soon, an offer to give a series of concerts in America arrived, and von Trapp saw this as an opportunity to escape the troubles in Austria.

Georg von Trapp gathered his family together and told them that they would have to decide whether to stay in Austria, or go to America for good. They chose to go to America. The only thing left was to devise a plan for sneaking past the Nazi border guards.

Dressed as if for a one-day hiking trip, with only small backpacks, Captain von Trapp, his new wife, Maria, and the children went to the local train station and boarded the train to Salzburg. In the Salzburg station, they passed through a forest of red, white and black Nazi swastika banners. Then they boarded a train to Italy (they had joint citizenship of Austria and Italy thanks to alliances of the former Austro-Hungarian empire). As soon as they arrived in Italy, Captain von Trapp wired the Charles L. Wagner concert agency in New York for ship passage.

I believe Captain von Trapp to be a true hero. He displayed courage and cunning as a submarine captain in the Great War. He showed courage as a father and as a pioneer leading them into a new land, leaving everything he ever worked for and knew behind. He showed compassion to his children by being a father who loved and nurtured them. He showed extreme courage again when he refused the power of the Nazis. Captain von Trapp proved to be virtuous in seeing the evil in Hitler. He wasn't tempted to seek power and glory with whatever political regime was in power at the time: he searched for the glory of a nobler and more permanent kind.

Georg Ritter von Trapp - istrianet.org
Georg Ritter von Trapp - MY HERO story by Claire from Williamsville
World War I Document Archive - This is the home page containing the two pages mentioned above.
Österreichs Bundesheer - This one's mainly in German with a little bit of English. This is an excellent reason to get acquainted with the translator function on your browser...
Federation of East European Family History Societies - This is an excellent starting point if you are of Eastern European descent and would like to know how your family fared during the two World Wars. 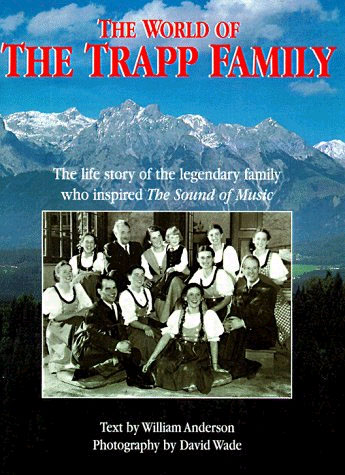 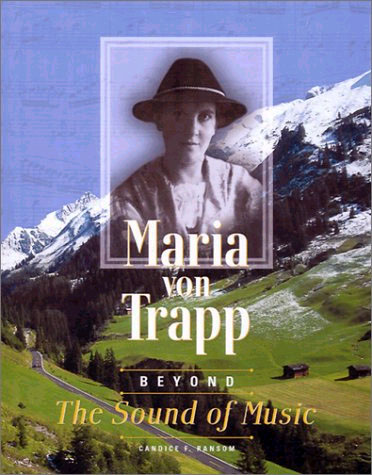