by Gleb from Victoria

"Orbiting Earth in the spaceship, I saw how beautiful our planet is. People, let us preserve and increase this beauty, not destroy it!" 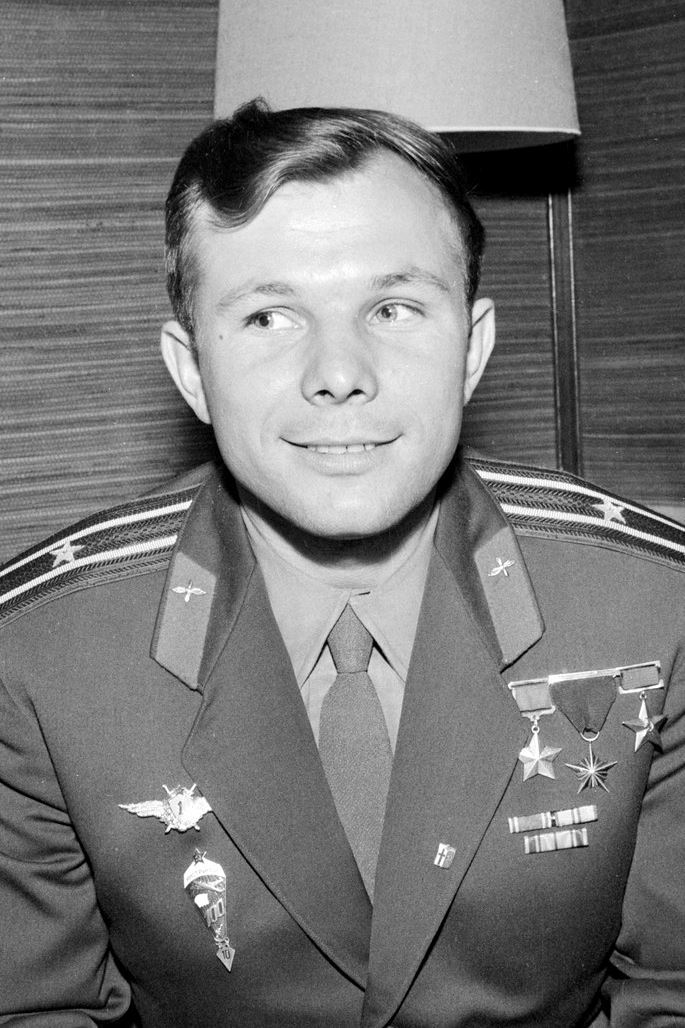 Arto Jousi / /Suomen valokuvataiteen museohttps://commons.wikimedia.orgAs time passes, people go. Unfortunately, that applies to heroes too, but what they have done for the world will still live on and will always be remembered.

Gagarin was born on March 9, 1934, in the village of Klushino near Gzhatsk, Russia. His parents, Alexey Ivanovich and Anna Timofeevna, worked on a collective farm. In his youth, Gagarin was interested in space and planets. He studied at a vocational technical school in Lyubertsy and was selected to train at the technical school in Saratov. While he trained there, he joined the "Aero Club" and learned to fly an aircraft. After completing the learning at the technical school, he went to Orienburg Pilot's school for military flight training. During his time there he met his future wife, Valentina Goryacheva. After getting his pilot's wings in an MiG-15 he married her. That happened in 1957. On November 5, 1957 he achieved a rank of Lieutenant in the Soviet Air Force and two years later he became a Senior Lieutenant.

In 1960, after a long selection process, Yuri Gagarin was chosen with 19 more pilots for the Soviet Space Program. After that Gagarin was selected for an elite training group called the Sochi Six. First cosmonauts of the Vostok programme would be chosen from that group later. Gagarin and the other pilot were subjected to experiments that tested their physical and psychological endurance. Out of all the twenty people that were chosen for the Soviet Space Programme, the choices for the first launch were Gagarin and Gherman Titov. They were chosen because of their high performance during training and also because of their physical characteristics.

On April 12, 1961, Gagarin became the first person to travel into space aboard the Vostok 1. He was also the first person to orbit the earth. He spent over one and a half hours in flight and safely returned to earth. After the flight, Gagarin told Nikita Khrushchev that during reentry he whistled a song written by Dmitri Shostakovich named: "The Motherland Hears, The Motherland Knows." Some sources say that during his flight, Gagarin said that he didn't see any God up there. However he actually never said that, confirms Gagarin's friend Colonel Valentin Petrov. He said that the quote originated from Nikita Khrushchev when he was doing his speech about the state's anti-religion campaign. Petrov also said that Gagarin was baptized as a child.

After his flight, Gagarin became a celebrity known worldwide. He visited a lot of countries, such as Canada, Brazil, and Germany to promote the Soviet Union's accomplishment of launching the first human into space. In 1962, he began serving as a deputy to the Supreme Soviet of the Soviet Union. He then returned to the cosmonaut facility in Star City, where he spent seven years working on designs for reusable spacecraft. On June 12, 1962 he became a Lieutenant Colonel of the Soviet Air Force, and a year later he received the rank of Colonel of the Soviet Air Force. Soviet officials tried to keep Gagarin away from any flights because they were afraid of losing their hero in an accident. 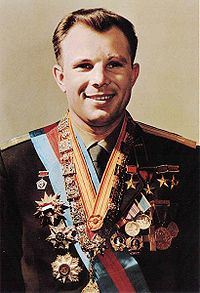 Yuri Gagarin-en.wikipedia.org/wiki/Yuri_GagarinGagarin was a backup pilot for his friend Vladimir Komarov in the Souyuz 1 flight. It was launched despite Gagarin's protests stating that additional safety precautions were needed. After Komarov's flight ended up crashing, Gagarin was permanently banned from training and participating in other space flights. Gagarin became deputy training director of Star City, and at the same time he began to re-qualify as a fighter pilot.

On March 27, 1968, during a routine training flight form Chkalovsky Air Base, he and his flight instructor Vladimir Seryogin crashed in an MiG-15UTI near Kirzhach. It was said that their bodies were cremated and the ashes were buried in the walls of the Kremlin on the Red Square, but in 1984 it was discovered that they were never found.

No one really knew the cause of the plane crash. There were many theories explaining how the plane crashed. Alexey Leonov, the first person to go into outer space, wrote a book called "Two sides of the Moon." Here he states that when he was flying a helicopter in the same area where Gagarin was flying, he heard two loud booms in the distance. His theory says that another jet was flying below its minimum allowed altitude, and because of the horrible weather conditions, he didn't notice that he passed within ten or twenty meters of Yuri's plane while breaking the sound barrier. The turbulence from that plane would have sent the MiG into an uncontrolled spin. Leonov says that the first boom he heard was the jet breaking the sound barrier, and the second one was Yuri's plane crashing.

In my opinion Gagarin is a hero. He inspired many people by showing how an ordinary man can turn into a hero. His great accomplishment made the world a completely different place. He proved that anything can be achieved through hard work. Even though he passed on, his great deeds will still live on and will always be remembered.

Yuri Gagarin - Russiapedia
Alexey Leonov - Alexey Leonov was the first man to go into outer space. "I spent only 12 minutes in outer space, but every minute in space cost me a year of training on earth", said Leonov about his outer space experience.
Gherman Titov - Gherman Titov was another Soviet cosmonaut and was launched into space after Yuri Gagarin where he orbited the earth for over a day.