by Braeden Boughton from OCASA 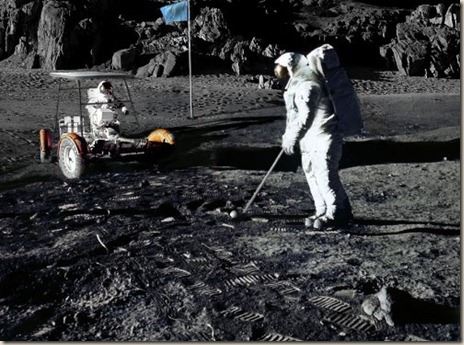 Alan Shepard was born on November 18, 1923 in East Derry New Hampshire. He died on July 21,1998 in California.  Alan Shepard made history on May 5, 1961 one month after Russian Astronaut Yuri Gagarin became the first human in space.

Alan Shepard blasted off from Florida to travel more than 300 miles into outer space. Alan Shepard landed in the Atlantic Ocean where he was picked up by an U.S aircraft carrier USS Lake Champlain. He was awarded for his bravery with the NASA Distinguished Service Medal. He was also honored with a parade in New York for his achievement.

He wanted to go to space again and was granted one more mission. He and Ed Mitchell were then selected for the Apollo 14 mission to blast off to the moon. They blasted off on January 31, 1971. Alan Shepard is my hero because he became the first man in space, and because he was the first man to play golf on the moon. Alan Shepard, before he became an astronaut, served in WW2 to protect our country.  Then became an astronaut and began the exploration of space for Americans.

In conclusion, Alan Shepard is my hero because he served in so many ways to help the USA and to understand space more. Alan Shepard launched on two missions, both to the moon and making history for people of all ages for generations to come.