by Sara Earney from San Diego, California in United States 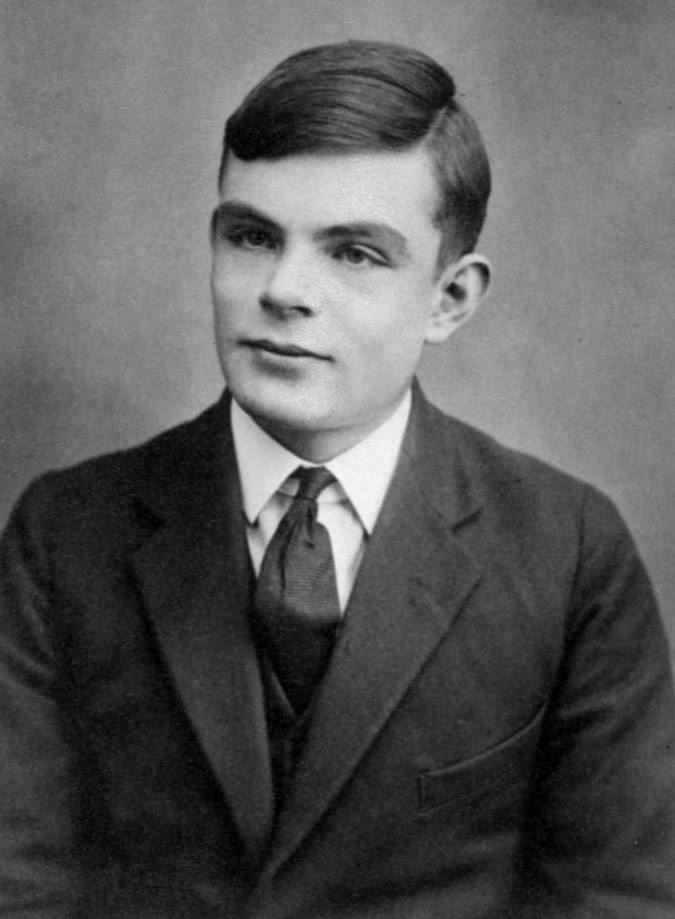 “Heroes arrive when we need them most. They define us and point us in a direction”(Granger, par. 11). Heroes are a critical part of society. They stand for the values of society and embody the principles of our culture. Most importantly, they are idolized and looked to for guidance. But who is truly a hero? I believe heroes need to be people who hold true to their values and improve the world in the best way they can. In the face of adversity, a hero won’t back down and even when there is no one to witness, a hero will sacrifice their time and effort for the greater good. To me, a person who is worthy of the title hero has to wield their strengths to improve the world, while always staying true to themselves and their purpose.

A true hero who embodies these characteristics is Alan Turing. Alan Turing was a mathematician born on June 23, 1912, in London, England. His early career focused mainly on theoretical mathematics. In this field, he made revolutionary breakthroughs including the Turing-machine. This machine was hypothetical, but it outlined a solution to the highly contested Entscheidungsproblem. When World War II was raging, Turing worked in Bletchley Park on a top secret team of cryptanalysts. This team, in which Turing held a high position, was key in ending the war by cracking the toughest code of its time, Enigma. Turing contributed to this effort by using the principles of the Turing-machine to develop British Bombes (code breaking machines). Turing went on after the war to provide a key role in the development of computers and pursued his interests in speech encipherment and morphogenesis. He was also highly interested and involved in the idea of artificial intelligence, where he developed the Turing-test. This test determined if a machine was intelligent by asking it a series of questions. But Turing was, to his friends, an open homosexual. In 1952, he was arrested for “gross indecency” and subjected to the treatment of hormone injections. Even though he seemed physically unaffected by this treatment, it tormented Turing to the point of suicide. He died June 7, 1954 when he bit into an apple laced with cyanide. A hero must use their strengths to improve the world while staying true to their values in the face of adversity. When a hero stays true to their values, they are dedicated to what they stand for and work towards. Alan Turing has earned the title of a hero by improving the lives of countless people with his intelligence in a wide range of fields, and in his dedication to himself and his work.

A heroic characteristic of Alan Turing is how he wielded his extraordinary intelligence to improve the world. Turing was primarily a theoretical mathematician. His solution to the Entscheidungsproblem was a hypothetical device known as the Turing-machine. This machine was influential in the mathematical and scientific communities: “By attacking an abstruse problem in the most rarefied and philosophical aspects of mathematics Turing arrived at the principle behind the dominant technology of the late twentieth century” (Hodges, Andrew. "Alan Mathison Turing" par. 5). Turing took on one of the most challenging and unconventional problems of his time and he proved his intelligence, in the application of mathematics, by coming up with a solution. This solution changed people’s thought about intelligent machinery. Turing and other experts then used the principles of his theoretical machine to create the technology that changed the world forever. By using his strength, intelligence, to improve the world, Alan Turing shows his heroism. Furthermore, Alan Turing also theorized about how machines could be intelligent and connected his ideas of how the human brain works to his development of machines. When he was on a panel of experts talking about this idea of artificial intelligence, he claimed that machines go about the same processes as humans in his explanation of a simple addition problem: “...the operation involves in the first place the particular method by which I perform the addition-this is conscious: and in the second place the neural mechanism is in operation all the while” (Turing Comp. Hodges). Turing knows how human brains work through simple calculations because of his intelligence in a different field, psychology. He then took this knowledge of the human brain and applied it to his development of the early stages of the computer. By using his knowledge to help develop a machine that would greatly change and improve society, Turing has improved the lives of other people. Heroes will use their strengths to improve the lives of others. By applying his strength of intelligence for the greater good of others, Alan Turing embodies the true qualities of a hero. 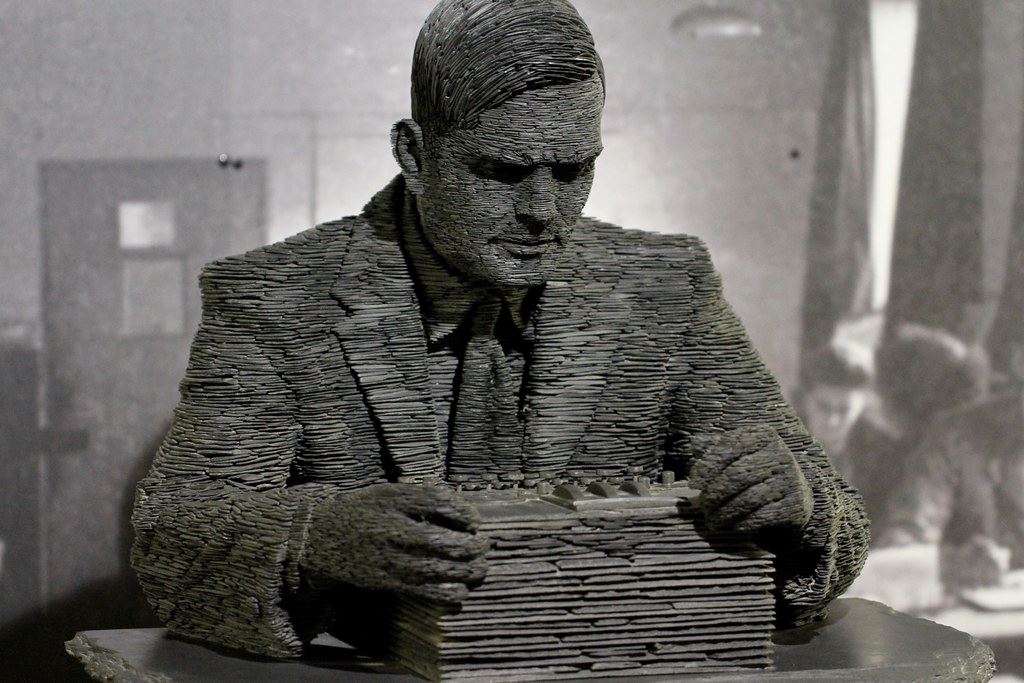 Another of Turing’s heroic traits is: his dedication to both his craft and way of life. When working on what is now known as a computer, Turing faced many setbacks in aiding in the development of these machines. Despite this, Turing did not stop trying to work on the computer illustrating that “Turing's interest was never in the economic potential of computers but only in the long-term scientific question of what he called intelligent machinery, now usually referred to as artificial intelligence” (Hodges, Andrew. "Alan Mathison Turing" par. 7). By focusing on the question he was trying to answer, rather than on the money he could earn, Turing demonstrated his motivation. Turing’s motivation was selfless, as he was dedicated to working to find answers to the questions that had been highly discussed by scientists and mathematicians. This motivation of dedication to his craft has significantly improved the world, like how heroes’ motivations are to improve the world. His dedication can also be seen when he worked on constructing British Bombes (code-breaking machines) during World War II. This would increase the speed of deciphering Enigma, the German code, which was a virtually impossible code to decipher. Despite this, Alan Turing worked tirelessly at cracking Enigma: “Alan Turing was at the heart of it, never too proud to get his hands dirty with the ‘dull and elementary’”(Hodges 294). Additionally, Peter Hilton was among those who worked with Turing at this time and described him: “‘In all these ways he always tackled the whole problem and never ran away from a calculation’” (Hodges qtd. in 294). By working so hard with all of the calculations and tackling the “whole problem,” Turing showed incredible dedication to his work. Turing never saw anything as insignificant. He took every calculation seriously, knowing that it could be imperative to solving the whole problem and saving lives. Likewise, Heroes do not waver when it comes to doing their job and saving lives. Additionally, Turing showed incredible dedication to himself by standing up for his homosexuality. When arrested for his homosexuality, Turing found it difficult to choose whether to plead guilty or not guilty: “He was, in fact, caught between two untruths. To deny what he had done would be to tell a lie, and to convey a false sense that he considered it something that ought to be denied” (Hodges 583). Turing had upon his arrest issued a confession to the police stating what he was accused of was true and to deny something he previously said would be wrong. But,  Turing felt a guilty plea portrayed that he was sorry for staying true to himself. He was dedicated to himself and believed he wasn’t guilty for staying true to himself, but ended up pleading guilty to stay true to his belief in telling the truth. Heroes should always stand up for who they are and what they believe. So, in this action, Turing shows heroic dedication. Turing symbolises the idea of a hero with his dedication to himself and his work. 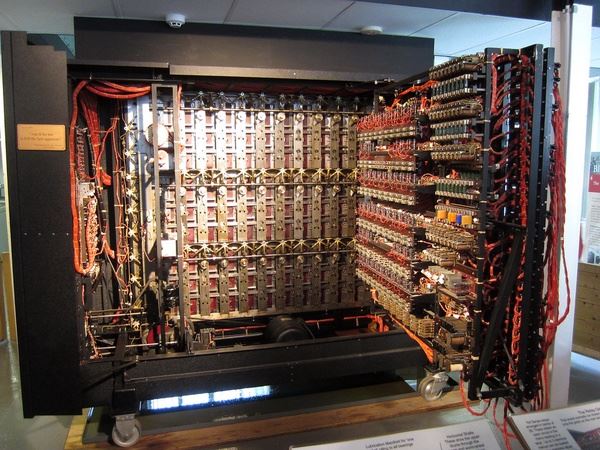 Turing Machine"Turing machine in Bletchley Park" by DouglasHoyt is licensed with CC BY-NC-ND 2.0.

By applying his wide-ranging intelligence and dedication to both his personal life and work, Alan Turing is worthy of the title of a hero. In his extensive work, Alan Turing developed the ideas behind the computer and was influential in his work on artificial intelligence. He didn’t even stop there, he applied his ideas to the top secret code-breaking work of World War II. It is estimated that without the work at Bletchley Park, World War II would have lasted two more years, with countless more casualties. Turing also lived an honest way of life, staying dedicated to himself and his work. In this dedication, Turing did not back away from who he was even when he was isolated in society as a homosexual. Everyone longs for acceptance, but for Turing, this did not mean conformity. Without his dedication to his work, Turing never would have accomplished all that he did. In all these aspects, Turing inspires me every day, redefining my way of life. Whenever I am down on myself for making so many mistakes, whether in my personal or academic life, I remember what Turing’s life has taught me. He never gave up deciphering Enigma, so I never give up on striving for that perfect grade or practicing soccer so I can improve. He never changed who he was to be accepted, so I never change because of other people and I never put pressure on others to be people they are not. J. Z. Young described Turing: “‘...kindly teddy-bear quality as he tried to make understandable to others, ideas that were still only forming in his own mind...Also, of course, there was his rather frightening attention to everything one said’”(Hodges qtd in 548). Turing believed in other people and cared about their opinions and ideas. This caring nature towards others is something I strive to achieve. I try to help others understand concepts in school and I try to value everyone’s ideas and beliefs. Turing has not only inspired me to stay true to myself, but also to accept and appreciate others for who they are. This message of acceptance and appreciation could redefine the human race, just as it has redefined my life. So in the end, heroes do truly show up when they are needed. Society needed a hero and Turing answered that call. He gave soldiers, in World War II, the gift of coming home to their families, he gave society the gift of the development of the computer, and gave many the gift of strength for standing up for homosexuality. If Turing’s heroism defined the human race, society’s path would be that of equality, acceptance, and innovation.

“Discussion on the Mind and the Computing Machine, 27 October 1949.” Computers and Minds,

Hodges, Andrew. Alan Turing - the Enigma: the Book That Inspired the Film The Imitation

The Alan Turing Institute - This is a British national institute for data science that researches and tries to solve problems in science, society, and the economy. It has research opportunities, lectures, and workshops, so if you are interested in Alan Turing's line of work, you should check it out.
Alan Turing: The Enigma - This is a website with virtually everything you could want to know about Alan Turing. It contains pictures of Turing's papers and manuscripts as well as links to biographies and papers written about Turing. The website is maintained by Andrew Hodges, a biographer of Alan Turing.
The Turing Digital Archive - This is an online archive of Turing's letters, notes, photographs, and papers. It has photos of many of the exhibits at the Turing collection at King's College, Cambridge.