"Water is the ink that writes the poetry of life." 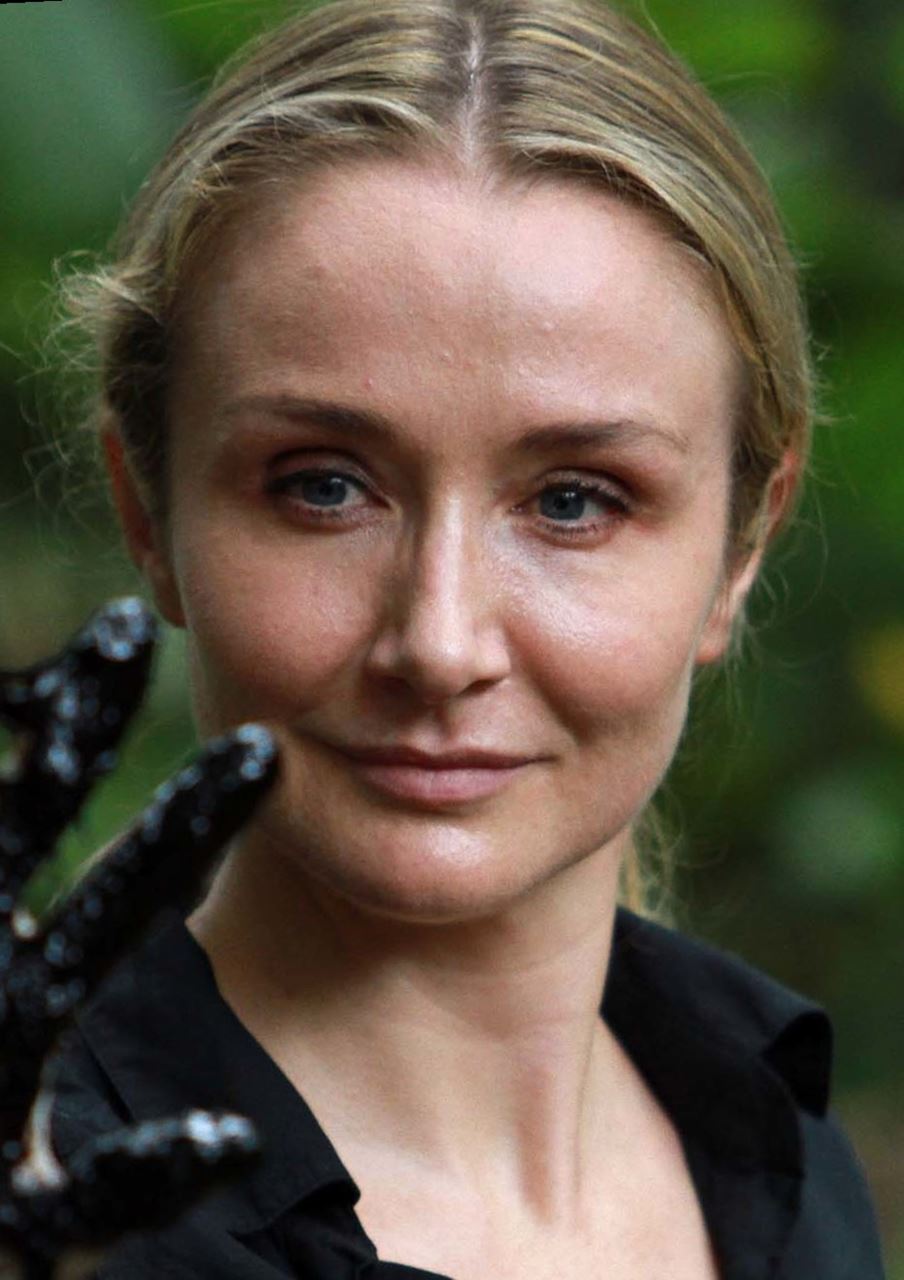 Alexandra CousteauCancillería Ecuador / CC BY-SA (https://creativecommons.org/licenses/by-sa/2.0)“A hero is an ordinary individual who finds the strength to persevere and endure in spite of overwhelming obstacles.” -Christopher Reeve.

People don’t need to have super powers or save the world to be considered heroes. They just have to find the courage to rise up and make the world a better place despite all the hardships they may come across. Alexandra Cousteau became who she is just from a simple love for the ocean ever since she was four months old. As grand-daughter of the legendary explorer, inventor, and writer Jacques Cousteau, she spent most of her time exploring on the ocean. She began to develop a love for it, and it eventually become a hobby of hers. As she grew older, her path became set; she wanted to become an environmental activist. As time went on, she realized the oceans have been perishing from many obstacles such as plastic and pollution. She knew she had to do something, so she became set on figuring out why--going on expeditions and underwater explorations. As she did countless hours of research and deep sea dives to collect data, she became a well-respected voice in the industry for her work and research on protecting the oceans. Cousteau’s “never say die” attitude and caring persona for saving the oceans and the life in them made her a hero.

A hero must possess the ability to put others before themselves and to never back down in the face of defeat, no matter how tempting. Alexandra Cousteau is not only an inspirational role model, but also sparks a powerful voice in saving the oceans as well as ocean life within, and is an encouraging and determined environmental advocate. Instead of just sitting by asthe oceans lose the battle against pollution’s effects, Cousteau decided to step up to do something about the situation. She knows the oceans will not win against plastic on their own, and she’s determined to do whatever she can to get the oceans back on track: “Though she is disheartened by the degradation of the marine environment, Alexandra is actively working to increase the abundance of our oceans with a two sided approach: MORE fish and LESS plastic…” (“Alexandra Cousteau”). Not many people take a moment to look a little deeper to see what’s causing the loss of fish and the oceans; however, Cousteau knows from her grandfather’s expeditions that so much is wrong with the oceans. She dedicates her time to solve this problem, going on many expeditions to many different seas, gathering research and data that could ultimately help her with the investigation. While doing so, she’s also gained more knowledge as to what else must be done to save the oceans:

“Over the past few years, she's realized that conservation, the idea that we must protect what we have, is insufficient. Too much has been lost. The oceans are depleted beyond what her grandfather could have imagined when he started his own expeditions in the 1950s and the amount of plastic choking the seas in unimaginable to most people. If we want to leave a legacy for our children, we must do more than conserve. We must be strategic and relentless in our quest to rebuild ocean abundance” (“Alexandra Cousteau”).

Cousteau learned as she went on her expeditions that not enough was being done with just conservation, and that time is catching up with the oceans. She knows the oceans can’t fight on their own and is trying to raise awareness to everyone out there to start realizing what’s happening and to start conservation to prevent the loss of water resources. The fact that the oceans are suffering from plastic isn’t a problem that will just go away; it takes time, research, conservation, and help from human beings. If this is all going to be done over the next few years, then hope still lingers for the oceans, and that’s exactly the message Cousteau is trying to convey to all of us.

Cousteau never steered away from this goal once; she always had her heart set on it and still does: “Her global initiative, Blue Legacy, seeks to inspire and empower individuals to protect not only the ocean and its inhabitants, but the human communities that rely on the purity of our freshwater resources” (Explorer and Environmental Advocate Alexandra Cousteau). Not only does Cousteau try and take care of the problem herself, she also encourages others to join in and help. She’s willing to do anything if it means restoring life in the oceans and the oceans themselves. She partners up with many programs to help her achieve her goals:

“Alexandra works with Oceana to reduce overfishing by advocating for science-based catch limits, reducing harmful fishing subsidies and stopping illegal, unreported and unregulated (IUU) fishing. She joined forces with Oceana as a Senior Adviser in 2011 to help mobilize awareness and support for the organization's important work. She has joined Oceana expeditions, events and campaigns to help propel their important work to ever larger audiences and deeply believes in the mission and track record of the organization” (“Alexandra Cousteau”).

Cousteau’s outstanding commitment led her to develop the opportunity to work with huge companies that can help her expand her knowledge even more. Cousteau’s collaborations with big companies because of her outstanding work can pave the way for her to do much more to help the oceans. Her dedication to her goals are inspiring, and the fact that she puts in all her effort to make those goals possible and achievable makes her all the more inspirational and heroic.

No one asked Cousteau to go out and save the oceans; she decided on her own to continue her family’s legacy and raise awareness of the danger the oceans are in, which soon led her to become an inspiration to many. As someone who started out as a normal girl, only known for her family’s legacy of sailing the oceans, she’s come so far and has done so much good for the world. Not many people may know her, but she’s someone definitely worth remembering. To those who do know her, she’s an inspiring figure who deserves so much for all her efforts, research, and accomplishments. She sparks the inspiration for people to learn from her and do just as much as her to help the oceans, and many have taken that to account:

“Because of her tremendous work and relentless dedication toward these environmental issues, Cousteau was honored as a member of National Geographic's 'Emerging Explorers' Class of 2008. The program is comprised of eleven visionaries and young trailblazers from around the world who have pushed the boundaries of discovery, adventure, and global problem solving” (“Explorer and Environmental advocate Alexandra Cousteau”).

Alexandra Cousteau may not have saved the world or a human’s life, but she’s saved countless fishes’ lives as well as going out of her way for the ocean’s health, and as she goes on to do even more good to the earth, she’ll be even more known and remembered as an ordinary person who saved the oceans.