In 1982, Adi Roche left her job with Aer Lingus Airlines to volunteer for the Irish Campaign for Nuclear Disarmament (ICND). While there, she devised a 'Peace Education Programme' for schools and ran 'Peace Education Classes' in over 50 schools. For three years she represented Ireland on 'The Great Peace Journey' through more than ten European countries.

In 1990, following the nuclear disaster at the Chernobyl Power Plant in Russia, which has been called "the world's worst man-made disaster," Roche initiated the "Chernobyl Children's Project" and researched, developed and coordinated the first English-language documentary about the effects of Chernobyl on Belarus, Russia and the Ukraine. This documentary, called "Black Wind, White Land - Living with Chernobyl" has been shown on national television all over the world.

Roche's efforts won her the European Woman Laureate Award, and the honor of being Ireland's Person of the Year. That spring the first 'Chernobyl Children's Project' convoy with ambulances and trucks left from Ireland for Chernobyl. Roche and the convoy team returned to Chernobyl with medical aid in the autumn of 1994. Roche made sure that the people of Ireland understood the plight of the people of Chernobyl. She made speaking tours during which she addressed schools, rotary clubs and a host of different organizations. Her research on Chernobyl led to ongoing and top quality media coverage, and eventually to meetings with government ministers.

1995 began with Adi organizing the first 'Mercy Mission' undertaken by the Chernobyl Children's Project. Through the CCP, several desperately sick children were airlifted to England for operations. The two major Chernobyl Children's Project Humanitarian Aid Convoys, 'Operations Hope I and II' went from Ireland to Belarus and Western Russia in April and October of 1995, headed by Adi and the convoy leaders. The first Chernobyl children came to the Paul Newman's Barretstown Castle Centre. Terminally ill children from all over Europe can come to this converted 500-year-old Irish castle to receive expert medical care and attention. Many of the children first brought through the program are currently living with Irish families.

In 2004, Adi and the Chernobyl Children's Project International was featured in the film "Chernobyl Heart," which won an Academy Award. Also in 2004, Adi was asked to be keynote speaker at the United Nations General Session during the 18th anniversary of the Chernobyl disaster.

Adi continues to speak out about the legacy of the Chernobyl disaster and she never forgets the children. The haunting plea, faxed by Ukranian and Belarusian doctors to her organization, will always be a part of her and of all who know her and her organization: "SOS appeal. For God's sake help us to get the children out."

In February 2006, on the 20th anniversary of the Chernobyl disaster, Chernobyl Heart - 20 years On was published. For over 16 years, thanks to Adi Roche and the Chernobyl Children's Project International, 13,000 sick children have been brought over from Belarus to Ireland for medical treatment and recuperation.

The text of this story was adapted from the website of the Chernobyl Children's Project. 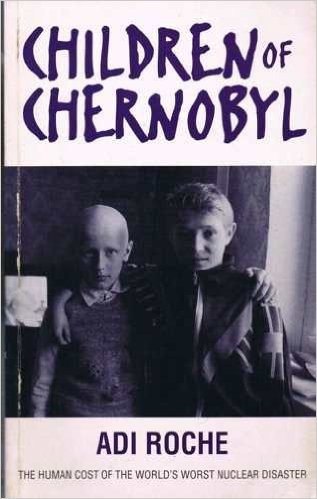 The Children of Chernobyl
Adi Roche