Arthur Ashe, Everyone is Born Equal

by Ethan Chen from San Diego, California in United States

From what we get, we can make a living; what we give, however, makes a life. 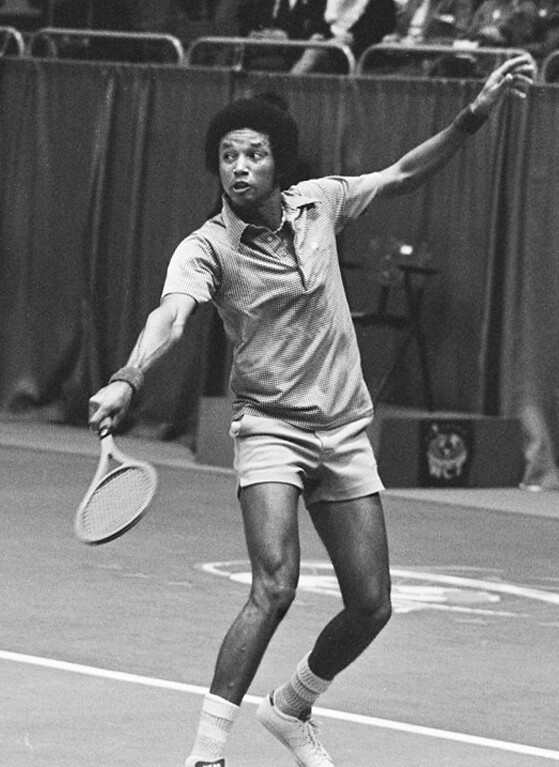 Arthur Ashe GPA Photo Archive / CC BY-SA 2.0 via FlickrDuring his childhood, Arthur Ashe was segregated and was less privileged than everyone else.   Ashe was born on July 10th of 1943 and died February 6th of 1993 in Richmond, Virginia. Growing up Ashe was treated differently than other kids because he was an African-American. In the 1950s “his mother died unexpectedly and young Arthur refused to attend her burial. In order for him to cope, he grew emotionally distant and poured his energy into his schoolwork and tennis, and excelled at both” (“Arthur Robert Ashe, Jr”). This is when his tennis passion kicked off. He became the first black man to play professional tennis. A hero must be inspiring and hardworking. For me, inspiring means to leave a path for others to follow and guiding others to their own success. Being hardworking means never giving up when you fall down and working like there is no tomorrow. Arthur Ashe gave African-Americans hope; therefore, he is a hero.

Arthur Ashe and President Reagan Executive Office of the President of the United States / [Public Domain]When his mother died, and from that he gained his determination to be better, he didn't let his skin color get in the way of his career. He inspired many people to stand up against racism and fight for their rights. “Arthur Ashe had a heart attack. In December he underwent a quadruple bypass surgery. He would never play tennis again. But he was optimistic and tried to get back into competition shape” (“Arthur Robert Ashe, Jr”). One of the most important things in Arthur Ashe's life was playing tennis which was also what was his coping mechanism to his mother's death. Although he going through many things such as his 4 heart attacks he still managed to push through and try to keep going. Even when his doctor would say that he couldn’t play tennis anymore. Another thing that he has done for society is by helping others and destroying the color barriers. He “dedicated himself to dismantling the barriers of poverty, privilege, racism and social stereotyping. Even the fact of his own mortality became a cause celebre, and Ashe, in the headlines again, conducted his final campaign against the ravages of AIDS” (“Arthur Ashe, Tennis Star, Is Dead at 49”). By doing so he helped many others while putting himself at risk which is what makes a hero. Someone who is willing to put one's feelings and life so others don’t have to. Also he inspired others to join his cause and help with the revolution. Arthur Ashe was an inspiration to many because he stood up for the black and for people who have aids.

Brigitta Hedlund and Ulla Baang photographed by AshePhoto by Jörgen / [Public Domain]Another thing that makes Arthur Ashe a hero is because he is hardworking and tries his hardest at everything. Arthur Ashe worked his hardest everyday to help others and sometimes worked so hard that he didn't have any time to hang out with his kids. Arthur Ashe's legacy is manifold. Rarely have sports celebrities taken on social issues with such passion and commitment as did Ashe. “He broke color barriers both in his own country and abroad, and fought tirelessly for social justice, founding the African American Athletic Association to mentor student athletes and helping preserve the history of African-American athletes with his contributions to the 1988 A Hard Road to Glory. He helped erase the stigma of having AIDS, raised public awareness of this devastating epidemic, and spoke to the United Nations General Assembly in an effort to get more funds devoted to AIDS research. He was one of the few sports celebrities to take on social issues with commitment and passion. He strived to help others and fought tirelessly for social justice” (“Arthur Robert Ashe, Jr”). In doing so he founded the African Athletic Association to help African-American soon to be athletes who weren't able to play the sport they wanted because of their skin color. Even toward the end of his life  he lead a protest to help others.“During the last five years of his life, he devoted himself to the fight against AIDS and to active opposition to South Africa's apartheid. A few months before he died, Ashe was arrested in Washington, D.C., while protesting U.S. policy toward Haitian refugees seeking asylum.” (“Arthur Ashe”). He worked very hard until the end and before he died he devoted himself to the fight for AIDs and to active opposition to South Africa’s apartheid. Arthur Ashe is a hero for being hardworking because he never stopped fighting for others and never stopped even when he got arrested.

Arthur Ashe has inspired people to fight for more than just themselves even if the entire world is against you. Arthur Ashe is a hero because he is hardworking and inspiring. “Ashe's evolution as an activist who had to contend with the shift from civil rights to Black Power. Off the court, and in the arena of international politics, Ashe positioned himself at the center of the black freedom movement, negotiating the poles of black nationalism and assimilation into white society” (Hall 1).  He inspires many because of how hard he has worked as a black man to fight for equality. When life was against him near the end of his days he still fought hard to support many important causes. He led people to help others even if they may be different because they have a disease or just because of their skin color. Everyone is equal and everyone deserves a chance. 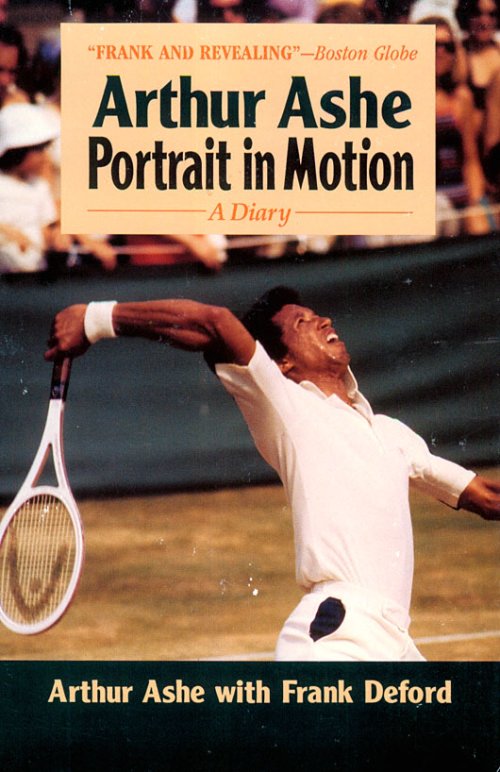 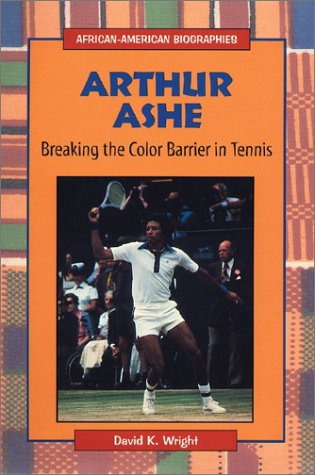