by Jennifer Beck from Los Angeles, California in United States

"The Earth is the mother of all people and all people should have equal rights upon it." 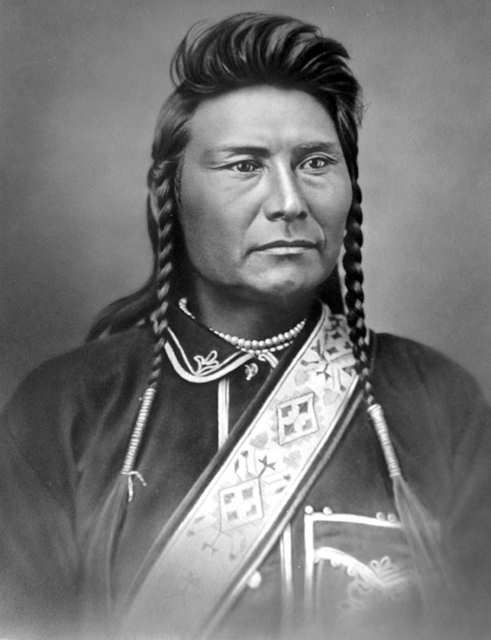 Chief JosephWikimedia CommonsChief Joseph was the leader of the Wallowa band of the Nez Perce Indian tribe during its desperate, daring war with the United States in 1877. A noted orator, the great chief's eloquent attempts at achieving peace between Native Americans and white settlers would fall on deaf ears in the days of Gold Rush fever and rapid western expansion. Chief Joseph was born in 1840 in the Wallowa Valley located in what's now called northeastern Oregon. He was given the tribal name of Hin-mah-too-yah-lat-kekeht ('Thunder Rolling in the Mountain'), but was baptized 'Joseph,' the name white missionaries had given his father (Old Joseph) upon his baptism and conversion to Christianity in 1838.

The Nez Perce, or 'Pierced Noses,' (named for their habit of wearing shells through their noses) had always maintained good relations with whites since their first meeting with famed explorers Lewis and Clark in 1805. The tribe welcomed the travelers so warmly that Meriwether Lewis would later call them, "among the most amiable men we have seen."

In 1855, in a spirit of peaceful coexistence Old Joseph, along with several other Nez Perce chiefs, signed a treaty with the U.S. government. In it, the Nez Perce agreed to give up a portion of their tribal lands in return for a guarantee whites would not encroach upon the sacred Wallowa Valley.

But when gold was found there in 1860, the deal was broken. White settlers came in droves. In 1863, the U.S. government offered up a new treaty, one which would take away Nez Perce control of the valley and confine the entire tribal nation to a 10,000-acre reservation in Idaho. Although many Nez Perce chiefs signed, Old Chief Joseph flatly refused. He tore up his Bible and returned to traditional tribal ways, utterly disillusioned with the white man.

Upon his death in 1871, Old Chief Joseph's standoff with the U.S. government became Young Chief Joseph's battle. Joseph would forever remember his father's last words: "This country holds your father's body. Never sell the bones of your father and your mother."

From 1871 to 1876, Joseph maintained a tenuous peace between his tribesmen and the ever-expanding white population. But in 1877, when two settlers murdered a young Nez Perce man, things reached a boiling point. The U.S. government intervened before violence could erupt and issued Chief Joseph an ultimatum. He was to leave the Wallowa Valley voluntarily or be forced out by army troops. Believing resistance would cost lives and prove futile, Joseph led his people away from their homeland and toward the reservation in Idaho.

But the peaceful trek Joseph had anticipated was not to be. During the journey some young Nez Perce warriors broke away from the band and attacked a settlement, killing several whites. The news spread fast. Troops were dispatched under Cavalry Commander David Perry, and on June 17, his men attacked the tribe in White Bird Canyon. The Nez Perce proved formidable foes and excellent marksmen. In the end, Perry retreated, having lost 34 men. The Nez Perce had lost none. 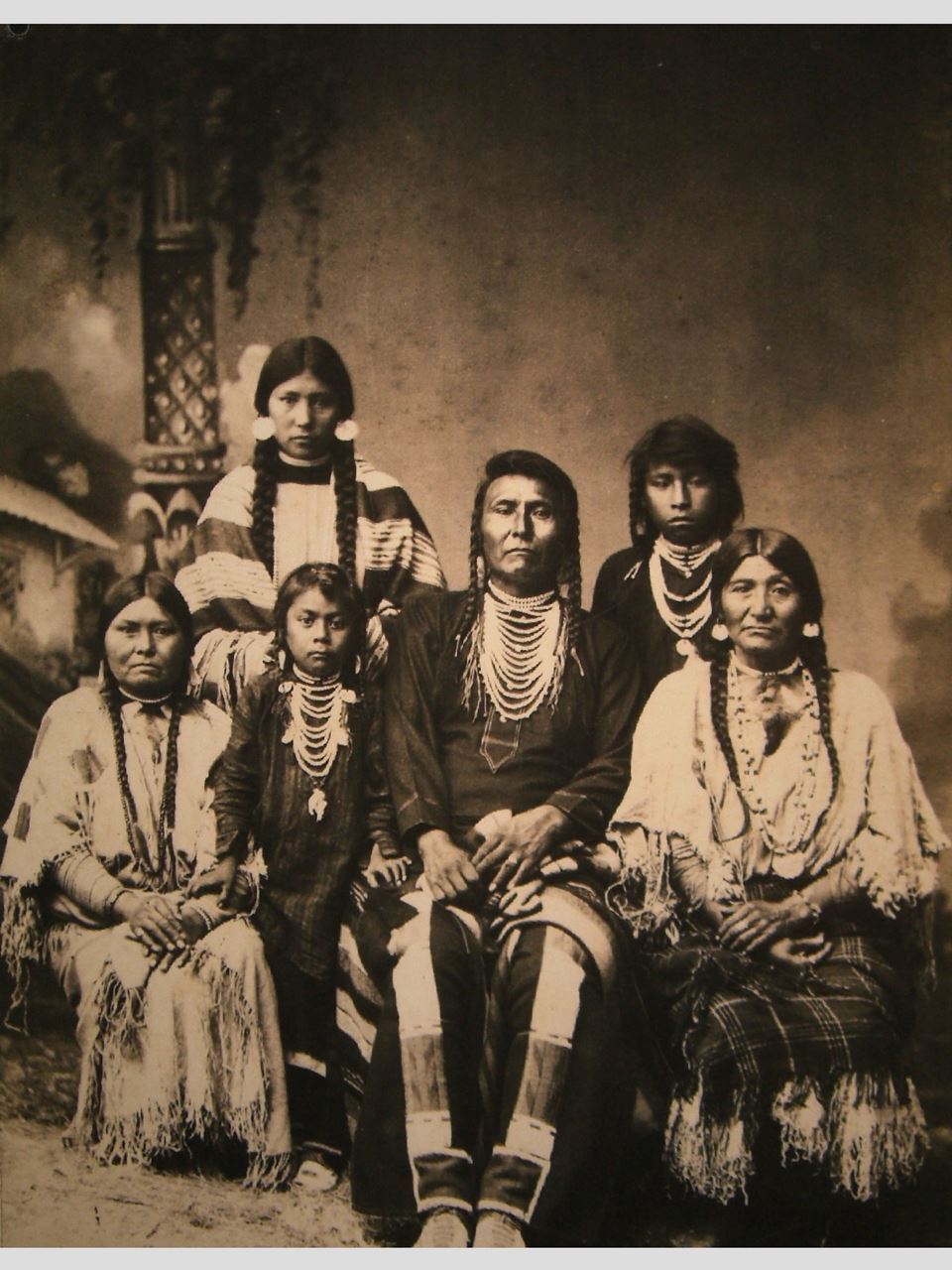 Chief Joseph with his familyF. M. Sargent [Public domain]Chief Joseph knew that while they had won the battle, they could never win a war against the U.S. government. Of the 700 people in his band, only 200 were warriors. The U.S. Army had thousands, and they would just keep coming. Chief Joseph knew he had to find safety for his people. That night the tribe set out for the Canadian border, nearly 1,500 miles away.

Joseph was right; the U.S. troops did not give up. Over the next three months, the Nez Perce held off U.S. troops in a series of battles and skirmishes that would gain them national press attention for their skill and bravery. On October 5, 1877, Joseph and his band were cornered by U.S. troops just 40 miles from the Canadian border. Three hundred managed to escape, but eighty-seven were killed. Joseph and the rest surrendered and were exiled to the Indian territory of Kansas.

Even in defeat Joseph continued to fight for his people. An eloquent speaker and writer, he wrote letters to government officials as high up as President Rutherford B. Hayes, asking them to allow his people to return to their homeland. Finally, in 1880, the 268 surviving Nez Perce were allowed to return to the northwest, but to the Colville Reservation in Washington, not to the Wallowa Valley.

In 1904, Chief Joseph died on the Colville Reservation, according to his doctor, of a broken heart. But the great chief's spirit lives on through his words and their timeless message. "Treat all men alike," Joseph wrote. "I believe much trouble would be saved if we opened our hearts more."

Chief Joseph's Most Famous Speech
- Read Chief Joseph's 1879 speech at Lincoln Hall in Washington which focuses on equal rights for all people.
American Indians of the Pacific Northwest
- Find information on the Nez Perce and Chief Joseph as well as other tribes and chiefs of the Pacific Northwest.
PBS 'Perspectives on the West' Series
- An on-line series produced by public television including essays on famous people, places, and events of the Old West