November 1 marks the beginning of Native American Heritage Month. This month we celebrate Indigenous People's in the Americas, their struggles and successes, resilience and fortitude.

By: Marilyn Huerta
Suzan Shown Harjo is a living hero.Cheyenne and Hodulgee Muscogee, she is an activist who has been fighting for Native American rights since the 1960s.

Watch the following films about Native American culture and activism.

BYkids Trailer: AGAINST THE CURRENT

Produced by:Mentors: Tiana and Wakinyan LaPointe
2020 MHIFF Ocean Conservation Award student winner: When we pray with water, it helps our bodies and the earth, and we say Wopila Tanka (Immeasurable Thanks) for its medicine.

The MY HERO Project celebrates the water protectors of planet earth.

"What happens when a story is forgotten? I'm making a film about my dad, Gary Wiski-ge-amatyuk, my family, and what it means to be Native American today."

Produced by:Wapikoni Mobile
This film is inspired by true events. Through an emotional approach, we discover resiliency through dance.

These heroes, past and present, uplift the voices of their communities through action.

By: Deborah Neff, MY HERO Staff writer
Frances Manuel, who was born in the early part of the 20th century, quietly changed the world of her people and the people she met through her basket weaving and cultural presentations.

By: Susannah Abbey
Chief Wilma Mankiller was the first woman to serve as Principal Chief of the Cherokee Nation.

Nyla Innuksuk is a young indigenous filmmaker who is pushing the boundaries of filmmaking, going beyond 2D (flattie) films to VR/AR and 360 with her Mixtape VR company. Check out her journey to date.

Chief Joseph led the Nez Perce tribe in an effort to keep their homeland. [This story is available in English and in Spanish.]

By: Olin Smith
Baje Whitethorne is a celebrated Navajo painter and author.

The following stories have links so you can hear the audio as you read. Great for ESL students!

By: Isabelle from Wallingford

Sarah Winnemucca was an advocate for Paiute rights.

Maria Tallchief was the first Native American prima ballerina in the United States.

Artists celebrate Native American leaders and recreate the traditions of this rich culture.

A lyrical interpretation of enlightenment according to Native American traditions

The Earth is a medicine, she gives everything to us. Again, the respect lies there, respecting life, what is important, even if it is not of our own.

Stories from the Christian Science Monitor

In Winnipeg, a vacant store is a symbol of Indigenous renewal
Credit: CSM

By: Deborah Neff, MY HERO Staff writer
In May 2022, two young indigenous Cofán activists from Ecuador were awarded the Goldman Environmental Prize. Will Parrinello went to Ecuador to film them.

By: MY HERO Staff
October 9 is Indigenous Peoples' Day

August 9 is the International Day of the World's Indigenous People. 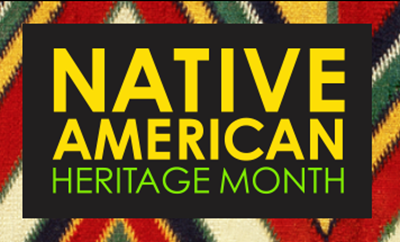 A tribute to the rich ancestry and traditions of Native Americans.

Gather information on American Indian leaders and culture. Study essays, music, maps and images related to the treatment and portrayal of American Indians by European explorers and settlers.

Provides an extensive digital collection of original photographs and documents about the Northwest Coast and Plateau Indian cultures, complemented by essays written by anthropologists, historians, and teachers about both particular tribes and cross-cultural topics.