by Keegan Malonza from San Marcos

I was the only boy in a family of four kids, and for awhile it definitely worked in my favor. When I was still in grade school, I was selfish and wouldn’t share with anybody, especially my sisters. They got mad at me, but still I insisted on having everything my way. My parents excused my behavior by saying that I could do what I wanted because I was a "man." But they also thought of me as a baby and protected me from my sisters. Not only did I get away with most everything, I also got most of our parents' attention.

My sisters were not pleased with this situation. They felt they were being ignored. When they approached my mum, they were told that men like feeling superior and they should leave me alone.

My eldest sister was never really bothered much about it because she spent most of her time with her friends. My younger sister wasn’t bothered either because she also had all the attention she needed, as she was the youngest in our family. However, my sister Catherine, who was two years older than me, was not ready to defer to me without a fight. Catherine always wanted to be a lawyer. She liked arguing on behalf of anything she thought was right. She was ready to fight for the women in the family.

She despised my behavior and made it impossible for me to always have my way. She would not share with me anything she bought with her allowance. I, of course, was also very stubborn.

One day, my parents bought us ice cream. Unfortunately, Catherine dropped hers. My parents asked if anyone would share and I said I would. But then I started licking the ice cream right in her face without letting her taste it. She cried, but still never got to taste it. My parents told me that was bad and I should learn to share. They told me that one day I would need my sister to do me a favor and would regret the way I had treated her. I said that would never happen and persisted in being rude to her.

One Sunday afternoon, we were coming home from church when my sister asked if we could stop, as she wanted to use the bathroom. My dad asked her if she could wait, as we were almost home, and she agreed. I could see the tension all over her face. She was still, not moving, not talking, and just looking forward like a zombie. When we finally reached our house, I immediately ran into the bathroom and locked myself in. I didn't really want to use it, but just wanted to make it hard for my sister. She banged the door hard, but I didn't let her in. I was laughing, pleased with myself. She started crying and my dad had to tell me to get out; my sister’s situation was bad.

That was how life was, my sister and I intentionally annoying each other. But as the saying goes, pride goes before a fall, and my fall was about due.

Over the next few days, I started having stomach pains which grew worse and worse until, on the fourth day, I was rushed to the hospital. The diagnosis was kidney failure; I needed an organ transplant within a week.

Neither of my parents could donate a kidney because our blood antigens and antibodies were incompatible. I was pale and couldn’t focus on anything. I felt sick. I sat down and tried to think why it had to be me. I had so many questions with no answers. I was stressed so much and realized my life was almost over. I needed someone who could donate and fast. People offered their organs, but all wanted between $100,000 and $150,000. All my leads were reaching dead ends and I thought that my life was reaching its end too.

Finally, after more tests, it was revealed that there was a family member whose blood matched mine, one person who could save my life: my sister, Catherine.

At first she said that she would not help me out and this time I wasn’t going to have my way. Nobody could convince her, not even my parents, and the only alternative was to pay one of the donors.

I flew to England and had only seven hours to rest before going into surgery. I thought of how I used to be and how unfair I was to everyone, especially to Catherine. I made a call home to apologize, but nobody was there. I left a message saying how sorry I was.

I had a meal and then got an injection which would put me to sleep. I asked the doctor who my donor was and I was told that the donor would be wheeled into the room. As I almost lost consciousness, I saw my sister being wheeled into the room. I cried and told her how sorry I was and that I loved her. She told me that no matter what I did to her, she would always be there for me.

I woke up after 36 hours and the first face that I saw was Catherine's. She was still asleep. A few minutes later, she, too, woke up. The doctor came in and told us that the operation was a success.

Catherine is my hero. Were it not for her, I probably would not be alive to write this story.

The Kidneys and Kidney Disease
People usually don't give much thought to their kidneys, yet life depends upon them. Most people have two kidneys, located on either side of the spine, just below the rib cage. Each kidney is the size of your fist, weighs about 1/4 pound, and is the shape of a "kidney" bean. The kidneys maintain the proper chemical balance in the body. They filter out waste products and extra fluid and eliminate them from the body through the urine. The kidneys also help control blood pressure and the production of red blood cells.
The term "kidney disease" includes a range of ailments. Some are common, like urinary tract infections. Some are painful, like kidney stones. The most severe form of kidney disease is permanent kidney failure (sometimes called end stage renal disease or ESRD). This means that the kidneys are too damaged to perform their life-sustaining functions. The person must then have regular dialysis treatments or a kidney transplant in order to survive. Diabetes and high blood pressure are the most common causes of kidney failure.

A Gift of Life: A Page From the Life of a Living Organ Donor
Lynn Chabot-Long 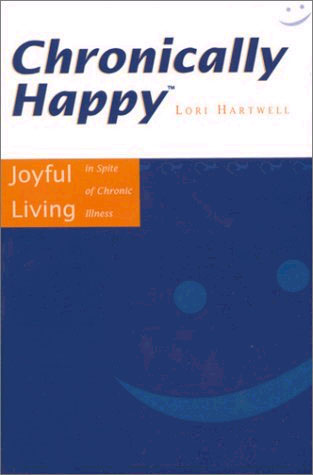 Click here to listen to the Catherine Malonza story